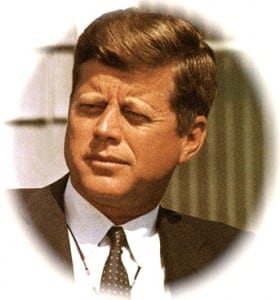 John F. Kennedy, the 35th president of the United States, was assassinated at 1:30 pm EST on Friday, Nov. 22, 1963, near Dealey Plaza in Dallas, Texas. For Americans of a certain age and for millions of people around the world, the moment in which they learned of the president’s death is permanently and vividly etched in their memory. The Paper asked a small sampling of Philipstown residents what they remember most. Comments have been edited and abbreviated.

John “Jiggum” Merante: I was in seventh grade at Haldane. We had just been dismissed and were coming down from the Annex – now the Mabel Merritt Building. Someone told us. We couldn’t believe it. No one could believe it. It was unbelievable. As 12-year-olds we couldn’t get our heads around it. I guess it was the end of innocence.

Father Norman Boyd: I was raking leaves at a Catholic seminary in Washington, D.C. Augustinians were teaching next door and they walked across and told us JFK was just killed in Dallas. What I remember most was that the seminary was shut down entirely for three days. It was unbelievable.

Cathy Greenough: I was playing volleyball in the gym at Haldane. One of the classrooms had a TV and someone ran in and told us. My most vivid memory was the shock on everyone’s face. I made a whole scrapbook (on Kennedy and the assassination) for a school project. I lost it many years later when our basement flooded. I wish I had it now.

Tom Duncan: I remember it vividly. I was in 12th grade English class at Roosevelt High School in Hyde Park. Two girls came to the door – which had a window in it. They held up a handmade sign to the window. It said “Kennedy has been shot.” Of course that was the end of class. The radio was being broadcast over the school PA system and we stayed to listen to it.

Kathleen O’Connor: I know exactly where I was. I was at home and heard about it either on the radio or television. I walked down Main Street in Cold Spring with my one year-old son. It was like a ghost town. People were stunned.

Helen Smiros: I was on Limnos, a small island in Greece. I was listening to the radio and heard that the president of the United Sates had been killed. It was so sad. I was crying. I only knew him from the newspaper – we had no television.