The Clearwater Board of Directors met on Jan. 11, and voted in longtime Hudson Valley resident and former Clearwater board president Anne Todd Osborn of Garrison, as the organization’s new president, effective immediately.

Going forward, Osborn will work closely with Clearwater’s staff and board of directors to oversee the organization’s ongoing operations and strategic initiatives. In the near term, Osborn will lead the effort to locate and hire Clearwater’s next executive director. 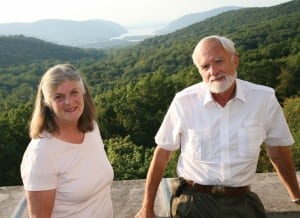 Osborn joined the board in 2000 and served as Clearwater’s board president from 2003-2008, and was re-elected as a director in the fall of 2011. During her tenure as president, Osborn oversaw five Clearwater Festivals and the launch of the Green Living Expo, and the placement of sloop Clearwater on the National Register of Historic Places in 2004. In addition, Osborn welcomed former Secretary of State and former New York Senator and First Lady Hillary Clinton onboard the sloop to celebrate Earth Day that year.

During her time on the board, Osborn also participated in the organization’s move from Poughkeepsie to Beacon, the hugely successful Pete Seeger 90th Birthday Celebration concert at Madison Square Garden, and helped champion the Kingston Home Port and Education Center project that was completed and opened in the fall of 2012, providing the sloop Clearwater with a permanent winter home port.

“Clearwater has experienced some challenges and changes this past year, and we continue to carry forward our important work in the Hudson Valley,” Osborn said. “Clearwater is looking forward to 2014 and a bright year ahead with a terrific Festival and sailing season, offering new programs at the Kingston Home Port, and our continued focus on impacting the diverse communities and cultivating the next generation of environmental leaders. Our Environmental Action agenda is full and we continue to work to stop the relicensing of Indian Point, make sure the PCB cleanup is carried out to the fullest extent, and work to build the Green Cities programs in our river cities. We also have plans in the works for special musical events later in the year and special musically-themed sails.”

Active in the Hudson Valley not-for-profit sector for many years, Osborn is also a consulting forester and teacher, acting trustee of New York Forest Owners Association, board member of Manitoga, Past Chair of the Science Committee of NY / NJ Trails Conference, and a longtime board member of Hudson Valley Shakespeare Festival.

Also at the Jan. 11 meeting, the board voted to restructure its Executive Committee with Ross Gould, Esq., of Red Hook, as Vice President; Scott Berwick of Hensonville, N.Y., as Treasurer; Roberta Goldberg of Danbury, Conn., as Secretary; and Stephen Filler, Esq., of Katonah; and Dr. William Flank of Chappaqua; and Robin Schlaff, Esq., of Chappaqua, serving as members-at-large.

Frank Landsberger stepped down as board president and board member of Hudson River Sloop Clearwater at the end of 2013, citing personal business matters. He joined the Clearwater Board of Directors in 2010, and was elected as Clearwater’s board president, replacing outgoing president Allan Shope this past September at the organization’s annual meeting. Clearwater would like to extend its great appreciation to Frank Landsberger for his outstanding service to the organization.