One of the functions — and joys — of art is its evocation of memory and emotion. Some responses can be intense, while others are calming. Painter Tarryl Gabel and photographer Gregory Martin — both award-winning artists — explore these themes through their distinct yet complementary interpretations of the landscape. 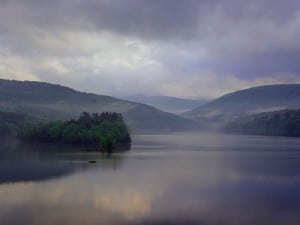 Gabel is well known in the region, and collected by many. She paints en plain air (a French expression meaning, “in the open air”), along our beautiful Hudson River Valley, north to the Adirondacks and throughout the New England countryside. She is skilled at capturing the light and mood of the landscape at certain magical moments, creating art that carries her viewers back in time, to revisit the emotions that such scenes once held for them.

Gabel has won local and regional awards. She has been chosen numerous times for inclusion in both the prestigious “Paint the Parks Top 100” and “Paint America Top 100” nationally juried competitions. She has twice been voted “Best of the Hudson Valley: Best Artist” by the readers of Hudson Valley Magazine.

Martin seeks a broad range of subjects, focusing his camera on the landscapes of North America. Yet, through his lens, his skilled interpretations remind us that beauty can be found in our own backyards.

Martin’s training as an engineer is apparent in the ways in which he “builds” his photographs. In an age in which digital enhancement is commonplace, he takes pride in capturing his images “without artificial enhancement.” “I want my viewers [to] stand six inches from my prints,” states Martin, “and feel as if they were standing beside me as I took the picture.”

In 2006 Martin won the NECCC award for Print of the Year. 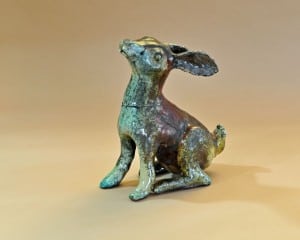 In Gallery C is “Frolic,” an exhibit of ceramic animal figures by Judith Kepner Rose and Deborah Lecce. Wire and anagama fired clay animals become animated creatures of curiosity and calm in the hands of these two artists.