The Howland Chamber Music Circle presents the ensemble Istanpitta, a Medieval Dance Band, in a concert of music from the 10th to 14th centuries including traditional Middle Eastern dance tunes. 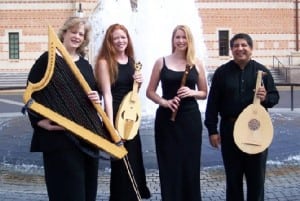 Their performances incorporate Arabic styles that were possibly familiar to the medieval ear due to the occupation of southern Spain by the Moors and the interaction with Middle Eastern culture during the crusades. Istanpitta means to interpret these songs and dances to represent not the static literary version but the dynamic historical reality of the musicians in the field.

The concert takes place at 4 p.m. Sunday, April 13, at Howland Cultural Center, 477 Main St., Beacon, followed by a reception to meet the artists.