There are plenty of things to see and do on a Saturday night in Beacon, but one of the more surprising events taking place recently are late-night soccer matches in the parking lot of Key Food, 268 Main St. After the store closes at 10 p.m., a team convenes on the asphalt to play past midnight.

“Employees from both of our locations who like to play — guys from grocery, dairy and deli — come together. It’s fun,” said store manager Zayed “Junior” Dabashi, whose father and two uncles bought the Key Food stores in Beacon and Mahopac in 2008 from the same previous owner. They operate five additional stores in New York City.

“The store was in bad shape,” he said. “We changed every single refrigerator, all of the shelves were replaced, and we put in new floors. The only thing we kept were the freezers, but we’ll be replacing them in a few months.” 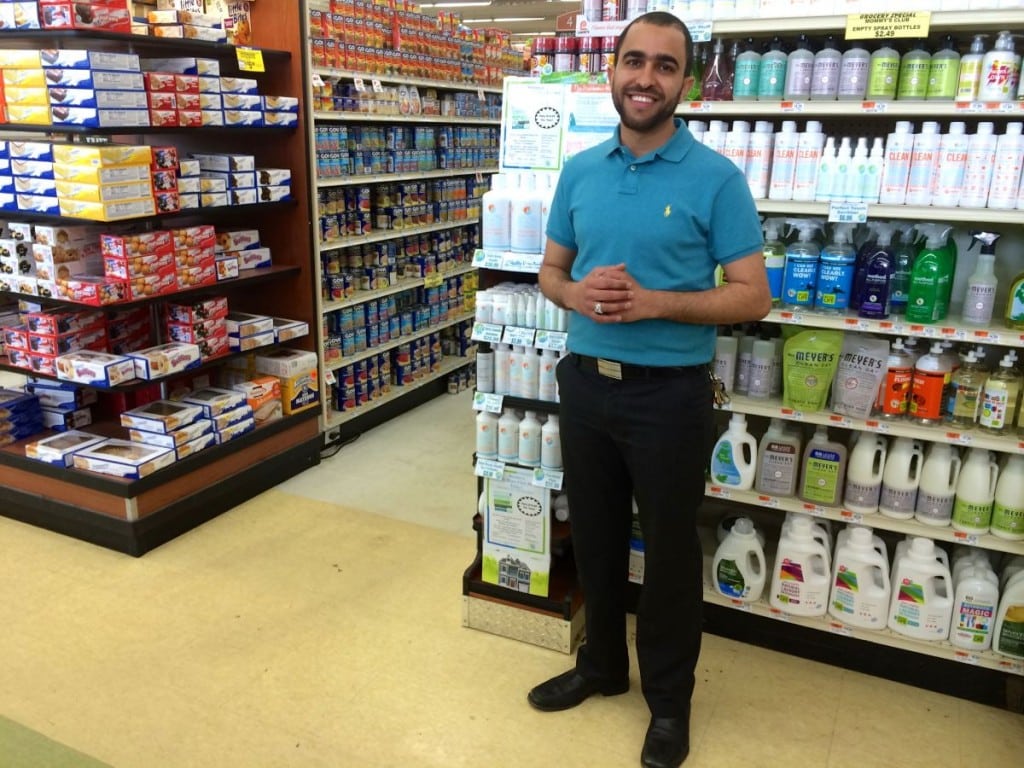 The Beacon location now has a staff of 25 employees. They are mostly local residents, including part-time butcher Jeff Ninnie. Al (who only goes by his first name), in the produce department, has been commuting five days a week by train from the Bronx since before the store changed hands.

As Beacon’s only local supermarket, flanked by a growing number of artisanal eateries and gourmet food shops, Key Food might be one of the city’s more accurate barometers of demographic expansion and gastronomic diversity.

“It’s awesome. Where else can you find scrapple and queso fresco in the same place?” said Beacon resident Eric Gabrynowicz, a 2014 James Beard Foundation semi-finalist for Best Chef: Northeast (Restaurant North in Armonk).

The store’s mission is to provide the same level of service across a broad constituency. Weekly specials range anywhere from Malta Goya to Mrs. Meyer’s Clean Day. Although there are superior venues in Beacon for local fare and organic products, Dabashi’s interest in expanding in this market is sincere.

“When we opened the store we came in with basics,” he said. “Now, any customer who requests anything, we bring in. But we’re not in the business of competing with our neighbors.”

Beyond paper towels and sugar

“I still think of Key Food as the place to go for paper towels and sugar,” said Randall Martin, a graphic designer and Beacon resident since 2002. “I have been pleasantly surprised when I find that they’re carrying nice cheese or decent produce.”

Kundi Clark noted significant changes made over the last decade. “I’ve been here for 13 years and there’s been a wonderful improvement to the store,” Clark said. “The meat section in those days was literally a blood bath. It’s very different now. The owners try hard to please their customers across the city’s large demographic.”

According to Dabashi, about 30 percent of the store’s customers participate in food and nutrition services such as WIC and SNAP. While more fresh food has been added to the list of eligible items in government-assisted programs, most of the organic and eco-friendly products make it to Key Food by special request only. The selection of free-range poultry and grass-fed beef in the store’s meat department is new since April.

Several community groups and organizations have benefitted from Key Food’s involvement. Over the years, the store has donated food and produce to the Newburgh to Beacon Hudson River Swim, community picnics, churches, street fairs and even local farms.

“Junior walked through the aisles with me to pick out all of the ingredients we needed to make 100 servings of baked beans for our pig roast fundraiser last year,” said Linda Daubert, a former board member of Common Ground Farm.

“I live in Beacon. We want to be involved in the community,” Dabashi said. “Anybody who comes to us, we want to help out.”

In 2012, Key Food “donated” property in front of the store to Beacon’s Chamber of Commerce as part of its “Market Square” restoration project, funded by the State of New York’s Office of Housing and Community Renewal.

Approximately 10 feet of space adjacent to Main Street was landscaped and is now home to several trees. Peoples Bicycle installed five public bike racks, where an ad hoc bike club meets for organized rides. A new awning graces all of the storefronts in the building complex and the parking lot was repaved. With a new street map installed amidst the trees, Key Food has become a hub for much of the city’s commerce where it was once considered an eyesore.

The music on Key Food’s sound system is also a local attraction, with regular social media posts about what’s playing in the aisles: The English Beat, Lipps Inc., The Four Seasons, Roberta Flack or Hall & Oates.

“People like the music from the ‘50s to the ‘80s,” Dabashi said. “My brother, J.B., likes new music but when he changes to a different satellite radio station, our customers vocalize their distaste. We lived in Oakland for years, in the middle of chaos. It’s a whole different story here,” he said. “People are polite. Everybody knows each other. You make one person happy, you make 20 to 30 people happy. You make one person angry, you make 10 people angry. We’re on a first-name basis with everyone.”

3 thoughts on “Beacon’s Only Supermarket A Bellwether of Growth”