After more than three months of fits and starts, the Putnam County Legislature last week voted 5-4 to oppose a federal move to extend the protection of the Clean Water Act to wetlands, seasonal streams, and canal-like ditches.

Meeting in their formal monthly session in Carmel Oct. 7, the legislators adopted a resolution that depicts the federal initiative as inflicting “costly and time-consuming regulatory protocols” under the Clean Water Act, a landmark anti-pollution law. 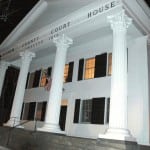 The question involves a draft rule or regulation released last March by the Army Corps of Engineers and Environmental Protection Agency, who claimed it “does not protect any new types of waters not historically covered under the Clean Water Act” but defines and clarifies the law’s scope. Judicial decisions in recent years either limited the law or created confusion, or both, and the Army Corps and EPA portrayed their proposal as a way of setting things straight, consistent with the U.S. Supreme Court’s view of federal environmental jurisdiction. Referring to the importance of smaller bodies of water, they stated that “about 60 percent of stream miles in the U.S. only flow seasonally or after rain” but 117 million residents, one third of the population, “get drinking water from public systems that rely in part on these streams.” In short, “we are clarifying protection for the upstream waters that are absolutely vital to downstream communities,” EPA Administrator Gina McCarthy said when the draft rule debuted.

The federal government gave the public until Oct. 20 to comment and Putnam County’s legislators opted to send their resolution to Washington.

The resolution maintains that the county “supports the reasonable protection of natural resources and acknowledges progress achieved under the Clean Water Act in protecting water quality.” However, the measure contends that the draft rule would “capture a significant number of Putnam County Highway activities and transportation infrastructure,” apply to projects “which do not currently require such oversight, at great expense so the taxpayers of Putnam County, with little — if any — substantive environmental benefit,” and represent “significant ongoing maintenance costs and delays to county citizens.” The resolution further declares that the planned federal requirements should not come from the Army Corps or EPA but be imposed “only through the U.S. Congress and limited by the decisions of the U.S. Supreme Court.”

Scuccimarra sought “to keep the Clean Water Act” strong. “The proposed rule will give Clean Water Act protection to about 20 million acres of wetlands” as well as millions of miles of creeks, she said, ascribing the controversy in part to “a problem of interpretation.”

“I think this is heightened protection for wetlands and I think it’s long overdue,” LoBue said of the federal initiative.

Oliverio argued against “a blanket cut-down and shoot-down of this” proposal. “I understand everybody’s concerns. As it’s written, it’s a piece of junk. But to just say ‘kill it’ and not come back” with an improved alternative goes too far, he told his colleagues.

As on previous occasions, Legislature Chairman Carl Albano described the proposed rule as federal over-reaching. “This is a situation where we again have too much government,” he said. “Anyone with common sense would want to support clean water — and I absolutely and wholeheartedly do support that. My concern is that we’ll have another layer of government here.”

Foreseeing the arrival of federal agents “to check it out, God knows how we’ll end up,” Legislator Roger Gross remarked.

In tandem with that resolution, by an 8-1 vote (with Scuccimarra the lone “no”) the legislators approved a second statement endorsing an attempt by Rep. Sean Patrick Maloney to replace the draft EPA-Army Corps rule with a revised measure, devised through a broad consultation. Except for Oliverio, the legislature consists of Republicans and the vote on the second measure thus puts a largely Republican group on the record supporting a project of a Democratic congressman — who faces a Republican challenger, ex-Rep. Nan Hayworth, in November’s election.

After a separate discussion, the legislators unanimously passed a third resolution, backing legislation passed by the House of Representatives to deny funds to the Federal Energy Regulatory Commission for purposes of implementing higher energy rates in the Hudson Valley. The resolution asks Sen. Charles Schumer, a Democrat and leading member of Congress, “to use his best efforts and prestige to see that this [House bill] is also passed by the U.S. Senate.” Despite protests this summer, FERC pushed ahead on the rate change.

“It is absolutely outrageous,” LoBue added. “We would be paying to supply them with electricity. That is not acceptable.”