For the “I might not exactly need it, but I think I have to have that bag” crowd, which possibly includes a majority of the population, Cape Cod leather has come to the rescue, opening its doors a couple of weeks ago and already doing a roaring trade in leather backpacks, pocketbooks, messenger bags, laptop cases, wallets, briefcases and most other permutations of the handbag trade.

The Cold Spring store represents the first retail outlet for the company, in business as a wholesaler for 26 years now, which designs and manufactures everything it sells. 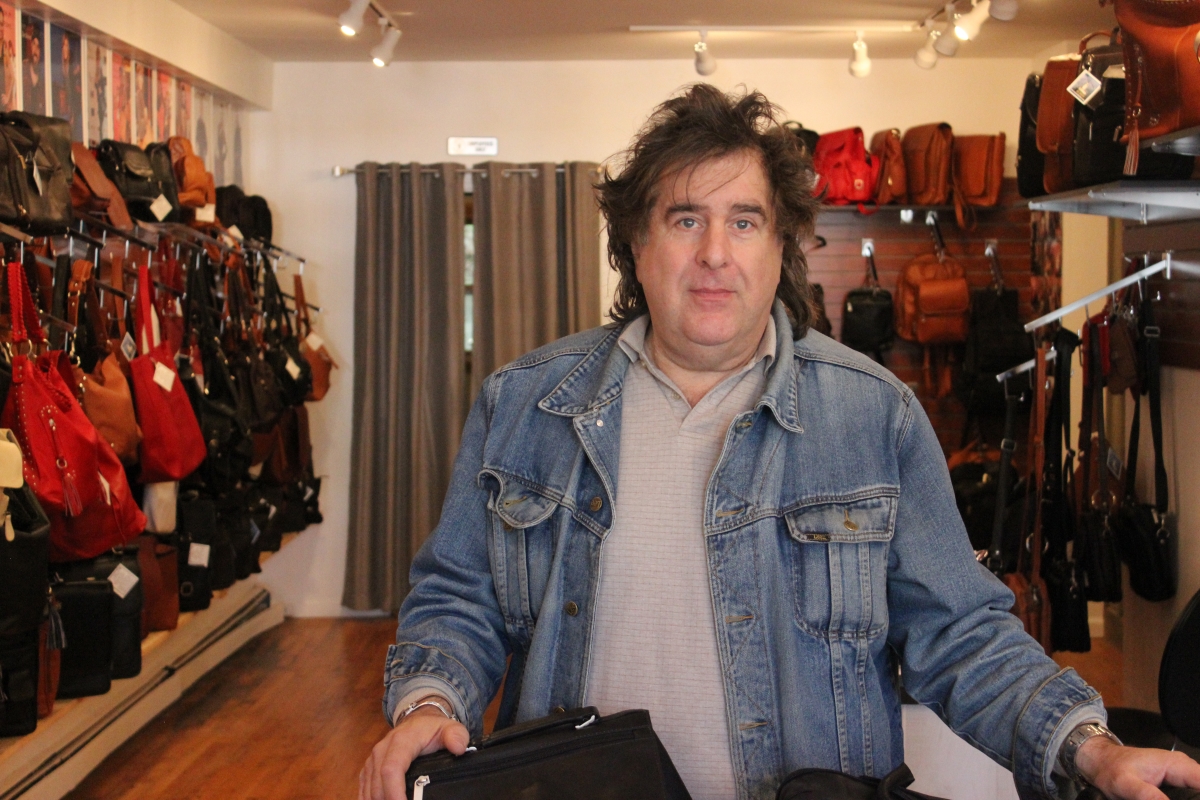 According to co-owner Elliott Glenn (who also, like quite a few Philipstown residents for some yet-to-be determined reason, owns a recording studio as a sideline), sales have been brisk, with 400 bags sold in the first five days, something he ascribed to the confluence of the quality of the leather and the reasonable cost. (Items in the store range from about $24 to $275.)

“We’re not the cheapest, nor the highest — our price point is lower than high-end bags,” Glenn said. “We’re priced in the middle, and our leather has a quality not often found in that range — go touch it,” he instructed.

The company, headquartered in Fishkill, began decades ago on Cape Cod with sales at flea market stalls and then to small stores in the area. Glenn and his wife Mary made a prototype “first bag.” 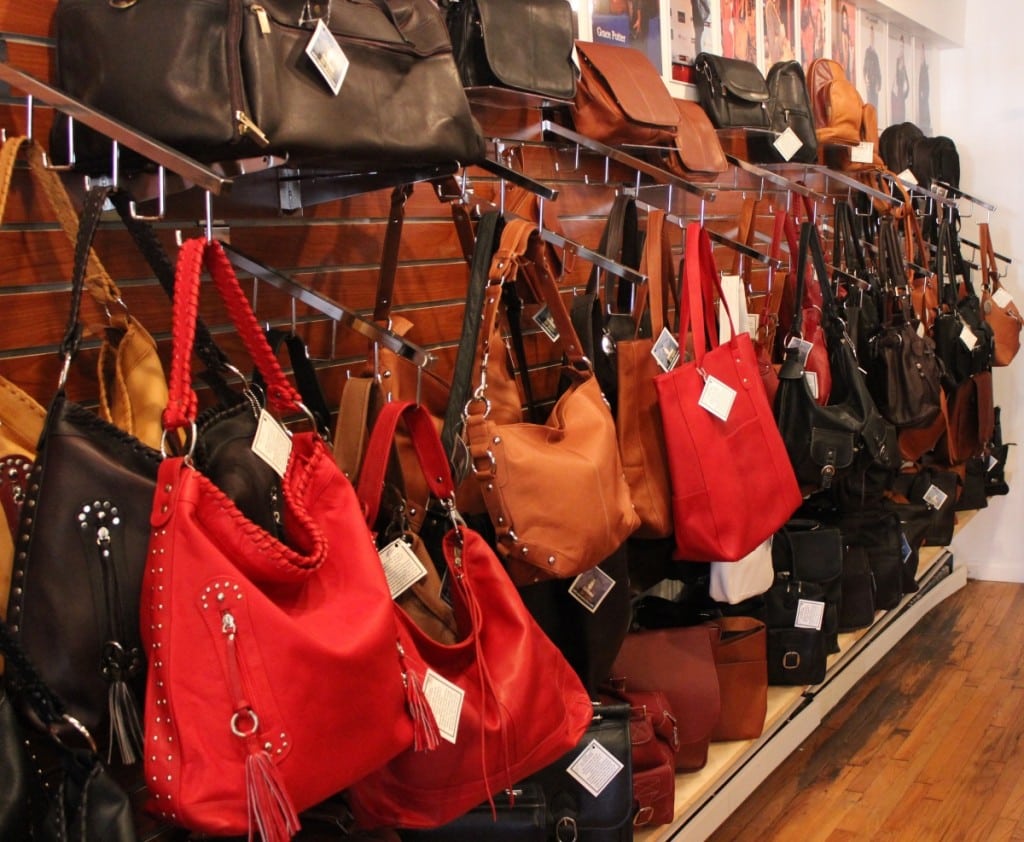 Bags come in a great variety of colors and designs at Cape Cod Leather. (Photo by A. Rooney)

“It cost us a fortune,” Glenn recalled. “We started out with just $400, but every time we made something we put it back in the business.” They struck it lucky when some of their bags were carried by actors in scenes from the television series Vegas and Crossing Jordan, and orders immediately spiked.

In the renovated store, images of celebrities carrying the bags line the walls, and the bags have made appearances, carried by the famous, at the Oscars, Grammys and Country Music Awards. The bags have also been sold on QVC and on overstock.com, and will soon be the subject of a Groupon promotion aimed particularly at locals, according to Glenn.

Obtaining their leather from South America and sometimes Italy, Cap Cod Leather “doesn’t go with the trends,” Glenn explained. “We deal with what we like and it usually works,” he added. Their bags, which come in a variety of colors in addition to the ever-dominant tan, brown and black, are geared toward both women and men.

They came to Cold Spring after being alerted, by area resident and fellow music producer Joe Johnson, that the prime retail space formerly occupied by Cold Spring Apothecary (which moved down the street to a larger premises) was becoming available. They decided to take the plunge. “We were very Cold Spring–conscious, very aware of things here, and we look at this as another outlet, another way to get our name out there.” 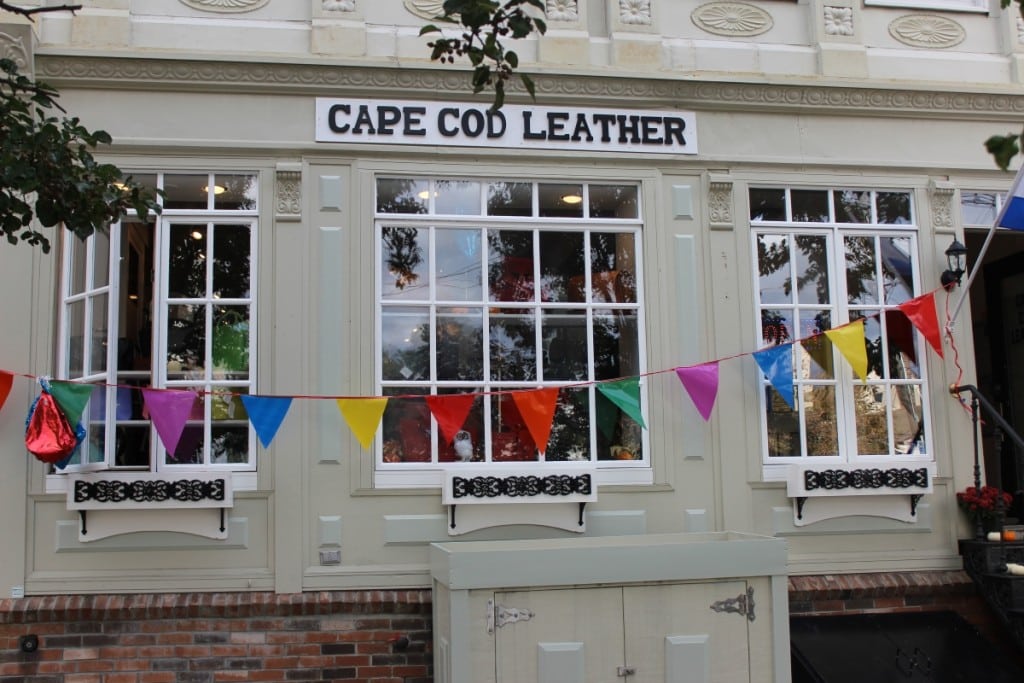 Cape Cod Leather opened just a few weeks ago in the former Cold Spring Apothecary space. (Photo by A. Rooney)

Glenn said he has felt welcomed by the other merchants on Main Street, who feel that what Cold Spring Leather is selling complements their stock. They’ve joined the Cold Spring Area Chamber of Commerce and are looking forward to “making the local shopping experience better, particularly during the upcoming holiday time.”

Asked about the slow period retailers usually experience from January through March, Glenn, well aware, is unfazed: “We always slow down in January and February and pick up again in March — we’re ready for it.” 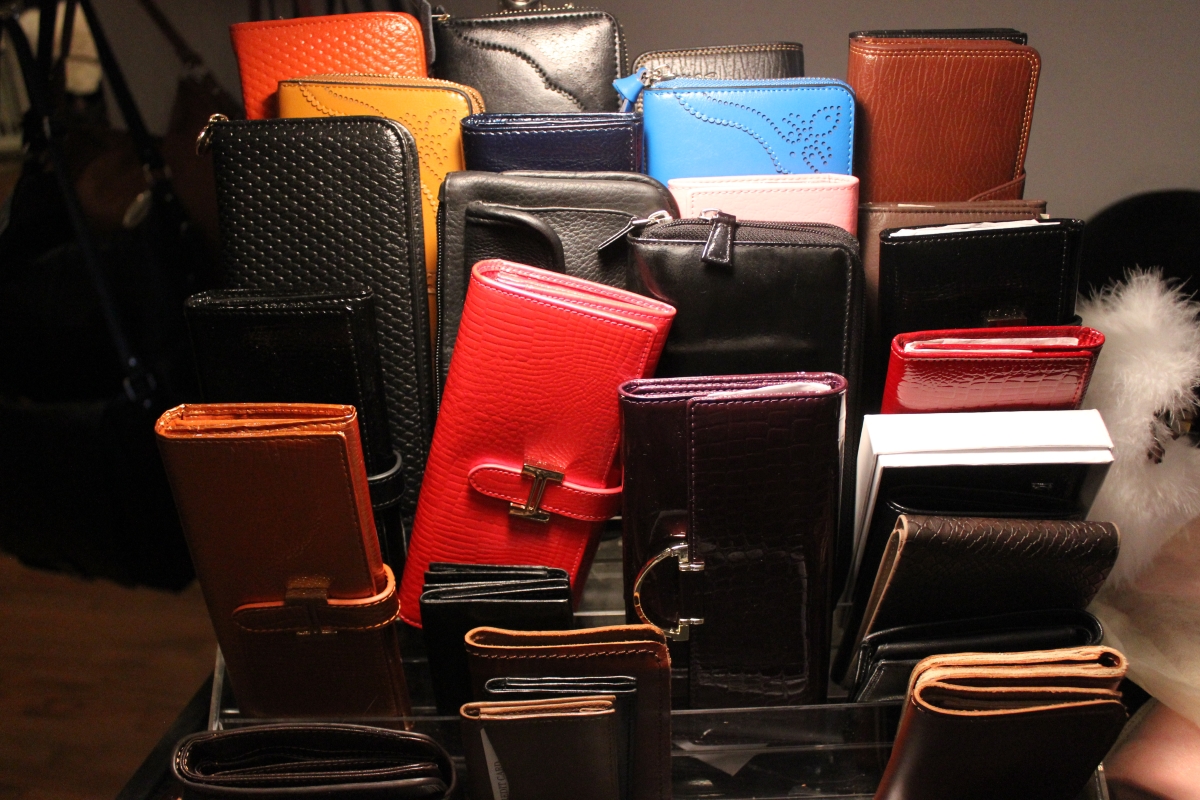 Wallets and other smaller goods are also sold at Cape Cod Leather. (Photo by A. Rooney)

Promised for the future is a line of coats and jackets, but not shoes. Cape Cod Leather has never gone into shoes, primarily because “there are just too many variables with them, starting with just too many of them, all the sizes you have to stock, things like that,” said Glenn. But, for many, bags will suffice. “We have women who collect them — they have six or eight of our bags in their closet,” Glenn said, nearly in disbelief. Asked what is the thing about — let’s face it — women and bags and the desire to acquire more, Glenn could offer no rational explanation; nor was he protesting.