The wind-down to my holiday season afforded me the luxury of a brief working “staycation” in an apartment on the edge of New York City’s SoHo where I spent 30 years of my life. And at this time of year the tendency to notice and ruminate on change and continuity was heightened by my stay in “the city where real estate developers never sleep.”

What prompted my move to Cold Spring was the realization that it might somehow be easier to work as a computer-bound freelancer without the literal and constant jackhammer-pounding of construction next door. (There are two upscale buildings facing the back window where I write that were honestly under construction for the three decades I lived here — one gut renovation followed by another with only brief respites of habitation and barely noticeable physical changes from the street. It seems wasteful but that’s fashion for you…) 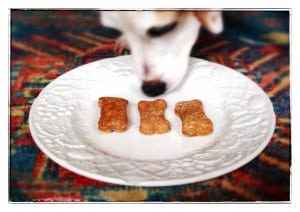 A stroll through the neighboring “Hudson Yards” (a recent real estate marketing designation) and the West Village reveals the changes in metropolitan character that I tend to mourn for a qualitative loss of charm and character that is quantified and chronicled daily — a Starbucks where the pet store used to be, a stretch of Bleecker Street that now feels more like a Madison Avenue shopping district. And how many more cupcakes and cronuts can we consume?

A self-styled flâneur, my companion on these walks was an equally discriminating and curious — but aging — Jack Russell terrier named Rufus. Whereas having been raised on these streets he is fully a city dog, the same physical pains and afflictions that get us all in the end have started to slow his gait, and what were once brisk walks around the block are now strolls more akin to dragging an overloaded roll-aboard suitcase over the obstacle course that is NYC. 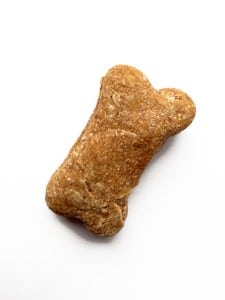 Each biscuit is about two inches long.

Still he is, as I mentioned, curious and discriminating, and the pace he sets is perfect for appreciating the charms of the Village and what remains of its true neighborhood qualities — the people, “native” New Yorkers (always has been a contradiction), small shopkeepers and the thread that constitutes a living history of the streets.

He has his favorites as do I, and our rambles always take us to some of the same places, many of the small shops, both old and newer where we both feel welcomed, and not surprisingly the owners and attendants actually either already know Rufus or are curious and engaged enough to ask his name, if not mine.

It must be some sixth sense on his part, as Rufus invariably leans (again literally) to those places where there’s something in it for him and the real neighborhood spots — coffee shops, clothing stores, the butcher (of course!) — always have something on offer for the canine boulevardier — a bowl of water, a friendly “scratch,” the offer of a secret stash of dog treats.

And as he has aged, he has gotten very particular (did I mention that he was particular?) about his treats, most times sniffing politely but refusing.

There’s one place however that’s a favorite to us both: specifically Three Lives & Company, one of the few remaining — but amazingly vital and busy — independent bookstores in the Village (154 W. 10th St.), a reader’s paradise and a bastion of human and canine bonhomie. It is the only place in all our wanderings that Rufus pulls out his bag of tricks — sit, shake, etc. — begging for “seconds” of the treats that Carol pulls from a secret tin (secret from humans, that is, but apparently not discerning dogs) hidden behind the counter. Asked where she purchased these apparently tasty wonders, she informed me that she made them herself and was kind enough to share this recipe.

Contrary to common perception, the doggie digestive tract is a sensitive system, and this surprisingly vegan recipe accommodates most issues. They’re not gluten-free, but I’ve offered a couple of variations to make it a bit less wheat-intensive and nutritionally beneficial.

So rather than tempt you here with another human-focused concoction that would only distract you from the juice cleanse you should probably be on after your holiday excesses, or further bemoan the passage of time and the disappearing charm of New York, here’s a recipe to share with your kids that’s simple and fun enough for even kitchen neophytes and aimed squarely at your canine best friend.

It’s also a reminder that the next time you think the city has gone to the dogs that maybe that’s neither entirely true nor a bad thing.

Adapted from vegan.com and The Simple Little Vegan Dog Book by Michelle Rivera (2009)

Preheat oven to 350 degrees. Mix the flour and nutritional yeast together. Add the vegetable broth and knead together for several minutes and form into a ball.

Roll the dough out on a floured surface until about 1/4 inch thick; use cookie cutters to cut into treat shapes or cut into small, simple geometrics.

Arrange on a lightly greased baking sheet or parchment paper and bake for 15 minutes. Turn heat off but leave the cookies in the oven as it cools for 1 to 2 hours — this allows the cookies to dry and harden like traditional dog biscuits.

Store cookies in a cookie jar or another cool, dry place. Do not seal in an airtight plastic bag or container, or they may get soft.

Additions to play with: Add peanut butter for extra flavor, pumpkin puree for digestive health, or chopped mint or parsley for breath control. Experiment with small quantities — say ¼ cup — and adjust the amount of broth for correct dough consistency. You may also consider substituting brown rice flour for up to a quarter of the whole-wheat flour.