Marie Early and Dave Merandy enter the The Paper’s office at 69 Main St. and immediately fall into a dual reminiscence over previous occupants in a particular hair salon from decades back. Cabinets from that establishment still adorn the front room.

And as a discussion about their People’s Party campaign for seats on the Cold Spring Village Board of Trustees ensues, one quickly discerns that Cold Spring civic life is imprinted on the candidates’ DNA. Early’s father was a former mayor of the village and Merandy’s grandfather a trustee.

But they are both more than seasoned enough to point to their own long records of community service to the village and the town, rather than leaning on any dynastic references for more than a moment to speak of their mutual pride in their roots. Merandy has served as an elected member and president of the Haldane School District Board of Education. Currently he serves as an elected member of the Philipstown Town Board. 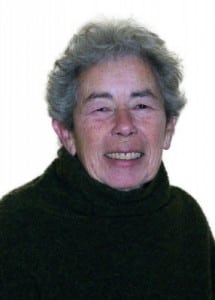 Early has served as an appointed member on several committees at the center of planning and regulating village life, including the Special Board for the Comprehensive Plan, the Historic District Review Board, the Zoning Board of Appeals (currently as chair) as well as the recently formed Code Update Committee.

The duo said they were running as a team because they were like-minded on many topics, shared a history of community rootedness and a commitment to step up and address issues, some of which have lingered a bit long on the Village Board agenda.

“I am running to potentially have more influence on what happens,” said Early, a retired IBM manager.

“We appreciate where we live. Who has it better than we do [living in Cold Spring]? These slots [on the board] opened and people weren’t stepping up, so here we are,” said Merandy.

Insuring the implementation of the Comprehensive Plan is at the center of Early’s priorities if she is elected. She would like to see a monthly report card issued by the trustees on progress made toward that goal, so they can review what specifically needs to be done to more fully implement the plan on a consistent basis.

Similarly she wants to see the Code Update Committee work toward its goals (which are a part of implementing the Comp Plan) in stages so the trustees and the public can review and act upon the committee’s work in a digestible process rather than waiting longer for an omnibus work product that appears large and impenetrable.

Both Early and Merandy stressed the need to approach village issues from a business-like perspective. They would act to better plan for the village’s capital expenditure projects (such as the possibility of new firehouse), which could overall require $10-20 million, by looking realistically further out with a 10-year plan for bonding and financing the debt.

“We need to prioritize what needs to be done first,” said Early. Merandy said his experience on the Haldane School Board, which included shepherding construction of a new school building, would prove helpful.

Acknowledging the village government lacks organizational heft, Early said she and Merandy would seek to recruit more volunteers to staff necessary projects beyond standing committees, beginning with a grants committee to seek new funding sources from other government levels and foundations. “We have to capitalize on the creativity and skills of the local people … we have an incredibly talented pool of resources,” said Early.

Early said she thought it important trustees visit neighboring communities to find out how other governments approach issues similar to Cold Spring’s.

The village mayor has one vote on the Board of Trustees, same as the others, but the office does have more responsibility. “I think the mayor has to be the point person to frame the issues and create the context for consideration of them,” said Merandy. He emphasized that it was important to oversee progress and drive the board’s agenda for the year through the running of effective meetings rather than getting too bogged down in argument for its own sake. 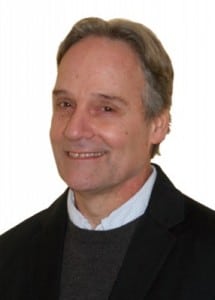 Early heartily agreed. “The mayor should control the agenda and run the meetings and the amount of time spent on any topic. The mayor also has to be open to feedback. He does have to walk a fine line,” she said.

Merandy would have the chairmen of the standing village boards come to the trustees monthly to discuss what they are doing to promote better understanding and transparency around issues and to better ensure that progress is made.

The pair agreed that there was insufficient research on several key issues that sometimes had people arguing without a firm foundation. They mentioned county sales tax and program funding; capital projects such as water treatment and a new firehouse, the village budget, and the cost of policing as matters requiring a more fact-based discussion.

On the search for revenue, both Early and Merandy expressed skepticism along with a willingness to further explore the idea of metered parking in the village as a way to increase Main Street space turnover and add revenue to its coffers. They are concerned about the impact on residents (including those living on Main Street), and the costs of installation and enforcement for what Early characterized as a “weekend problem.”

“I think you always have to ask what is the problem you are trying to solve,” said Early, addressing the matter of a possible new firehouse. She praised the Cold Spring Fire Company for its dedicated service and how cost-conscious they are in the way they operate. She agreed the current condition of the house “is intolerable.” Merandy said the company has asked for the least resources, from his vantage point on the Town Board.

But on the need for new construction, Early said the village needed to assess its overall fire needs first. She pointed out as an example the fact that the Haldane school building housing the youngest children doesn’t have fire suppression sprinklers. She suggested the village might want to consider a water pipe upgrade to provide for sprinklers before committing to a multimillion-dollar bond for a new firehouse.

Obtaining better numbers for the entirety of such a project, including related costs such as the purchase of a new ladder truck, is a priority for Early and Merandy, who view the current projections from the fire company as incomplete at best.

Merandy and Early said that a long-term perspective on the sustainability of the current volunteer fire company model was also needed, given what they see as a demographic trend toward more commuters and less locally employed people already depleting the ranks of those willing and able to answer fire company calls.

Both candidates said they would work toward a board that respected one another, consulted often and didn’t engage in one-upmanship in public meetings.

For his part Merandy wanted it known that he lived in the village (rumors notwithstanding), and ever since his October marriage to outgoing Trustee Stephanie Hawkins, they had planned to live where he was born and raised. He said the idea of running came more recently. He also said he would resign from the town board should he win the election.