Originally from New York City, Quirindongo’s background is rooted in the sciences, specifically astrophysics, which he studied at Columbia University. In the early ’80s, he became involved in the emerging computer industry of which he has been a part ever since. He’s held IT management positions at Xerox, Kodak, Sun Micro Systems and helped implement the IT infrastructures for many of the largest news and magazine publishers in NYC, including The New York Times, The New York Post, The Daily News, People, Sports Illustrated and others. 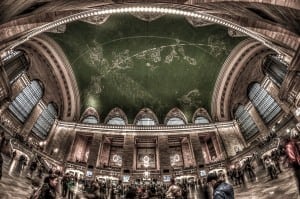 Quirindongo’s current photographic work focuses on the city’s emerging architectural landscape, offering a unique perspective on its geometric patterns. He also very much enjoys Hudson Valley landscape and nature photography, as well, as it rounds out his photography experience. Using HDR (high-dynamic-range imaging), he enhances the drama and mood.

His recent photographs of the 43rd Annual Kips Bay Decorator Show House at the Arthur Sachs Mansion in NYC have appeared in Architectural Design, Forbes and the Washington Post. His photos have also been in Hudson Valley magazine and the AOL City Guide.