Pianist Yalin Chi will perform at the Chapel Restoration on Sunday, July 19, at 4 p.m. The concert, which is free to the public, will feature Bach’s French Overture, Chopin’s Polonaise in A-flat Major, George Gershwin’s Three Preludes and Ravel’s Valses nobles et sentimentales. 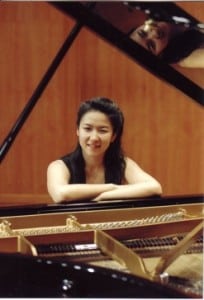 A native of Beijing, China, where she made her debut with that city’s Central Opera Orchestra, Chi has performed in Alice Tully Hall, Carnegie’s Weill Recital Hall and Kumho Art Hall in Seoul, Korea, among other venues.

In 2008 she joined the West Point Band as staff pianist, playing as soloist for the many international diplomats, members of Congress and industry leaders who visit West Point as well as traveling all over the world to perform as its representative. She is also principal keyboardist with the Hudson Valley Philharmonic.

The Chapel Restoration is at 45 Market St. in Cold Spring, directly across from Metro-North train station, where weekend parking is free. This concert is made possible, in part, through the Arts Link Re-Grant Program of Putnam Arts Council, as well as contributions from concertgoers.