Starting off on July 10 at 8 p.m. is Hollywood: Big Band Style, featuring the Big Band Sound 20-piece jazz orchestra and County Players’ vocalists. Based on the success of last summer’s performances of Broadway: Big Band Style, this summer’s program features the classic music of Hollywood. 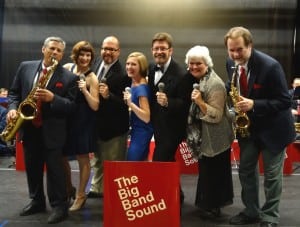 Continuing the second weekend, Mohonk Mountain Stage Company presents a full weekend of readers’ theater programs. On Friday, July 17, is Grounded by George Brant, a one-woman play about a hot-rod fighter pilot whose unexpected pregnancy ends her career in the sky. On Saturday, July 18, is The Language Archive by Julia Cho, an exploration of how language can sometimes be the greatest obstacle in communication. Summer Shorts, a collection of 10 comic plays, will be at 2 p.m. on Sunday, July 18.

The final weekend offers the musical revue A Grand Night For Singing, showcasing the music of Richard Rodgers and lyrics of Oscar Hammerstein, with performances starting July 24.

Tickets for all performances are $15. Call the box office at 845-298-1491 for reservations or order tickets online at countyplayers.org. County Players Falls Theatre is located at 2681 W. Main St. in Wappingers Falls.