Perhaps believing a national Republican tide is rising for 2016 or inspired by the many candidates running for the party’s presidential nomination, three candidates have declared to challenge Democrat incumbent Rep. Sean Patrick Maloney in the 18th Congressional District, which includes Philipstown and Beacon. A fourth candidate is said to be running but has not filed paperwork.

Republican voters will choose a candidate to oppose Maloney in a primary election on June 28. The congressional election, and the presidential vote, takes place on Tuesday, Nov. 8.

Maloney begins the second year of his second two-year term in January. He twice beat Republican Nan Hayworth, first when she was the incumbent in 2012. The district is generally thought to be competitive for both major political parties.

A former Orange County legislator and unsuccessful state Assembly candidate, Castricone filed his Statement of Candidacy with the Federal Elections Commission (required when a candidate raises or spends more than $5,000) on Oct. 13 and announced his candidacy on Dec. 5, touting the endorsements of several Orange County Republicans, including County Executive Steve Neuhaus.

Castricone used invective-laced rhetoric to criticize Maloney as a tool of Wall Street bankers at the expense of the middle class. He has created a campaign site at dancastricone.com.

In a statement he asserted the national economy was anemic and claimed “the percentage of Americans who are not working is the highest since the days of malaise during the Carter years. Almost 40 percent of Americans do not work, or have given up hope of finding work.” Castricone did not cite a source for his claim.

A Newburgh native who lives in Leesburg, Virginia, Frank Spampinato returned home to Orange County to declare his candidacy. (The Qualifications Clause of the U.S. Constitution says a candidate for Congress must only be an “inhabitant” of the state in which he or she is running “when elected.”) Spampinato filed a Statement of Candidacy on Oct. 29 and has formed a Committee to Elect Frank Spampinato. A veteran of the U.S. Marines, Spampinato said he spent most of his professional career in the Central Intelligence Agency while also serving briefer stints in the Federal Emergency Management Agency and the Department of Energy. 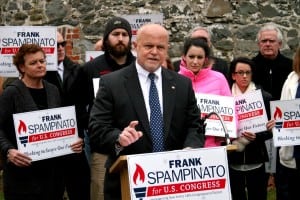 “I’m running for Congress because the Hudson Valley needs a representative who will protect the rights, resources and security of every taxpayer in our community,” he said. “I know firsthand that the need to protect our country from economic, geographic and technological threats has never been more urgent.”

The Iraq war veteran and West Point graduate, who lives in Poughkeepsie, filed a Statement of Candidacy on Sept. 23 and has a campaign site at sakimaforcongress.com. Her first quarterly financial disclosure to the FEC on Sept. 30 says she has raised about $1,200 and spent about $200. Brown previously ran unsuccessfully for a New York State Assembly seat and is a past president of the Poughkeepsie School Board. 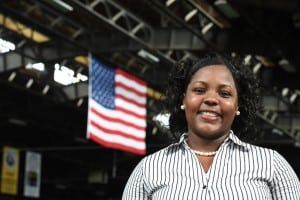 Phil Oliva, an advisor and campaign manager for Westchester County Executive Rob Astorino, is also running, according to two media reports. Beyond these reports there is little evidence he has launched his campaign, and he has not filed a Statement of Candidacy with the FEC.