On Thursday, March 17, the Garrison Institute will host a concert, talk and dinner. Pir Zia Inayat-Khan, scholar, teacher and leader of the Inayati Order of Sufism, will open the evening by discussing the history and value of music and sound from a universal Sufi perspective and how it can be used as a devotional practice.

That will be followed by a performance by Riyaaz Qawwali, an ensemble from Austin, Texas, that has a firm grounding in traditional qawwali but whose seven members are also trained in Eastern and Western classical music, and to-a-man intentionally reflects and embodies the ethnic, cultural and spiritual diversity of South Asia — India, Pakistan, Afghanistan and Bangladesh. The vocals are supported by an eclectic mix of harmonium, cajon, Punjabi chimta and tablas.

The art of qawwali, a Sufi musical tradition dating back to the 13th century, was transmitted orally: this vocal music was used to bring one closer to the experience of an inner truth. (The word qaul refers to an “utterance [of the Prophet]” and the earliest qawwals were ecstatic musical repetitions of these sacred utterances.) Phrases or sentences would be lengthened or repeated, emphasizing both obvious and hidden meanings of particular words or syllables. By this process, mundane sounds were imbued with deeper meanings: “a spinning wheel becomes the wheel of life,” to paraphrase Robert Browning of the World Music Institute. 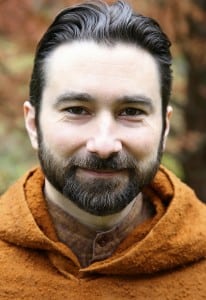 “One should make a distinction between two things: zikr (or dhikr) and sama,” says Pir Zia. “In a ‘circle of zikr’ — or a personal practice of zikr — reciters invoke the essential names of God in Arabic, sometimes in conjunction with passages from the Quran. The name is repeated and the quality that the name represents is inculcated in the one who recites it as the sound reverberates in the body. That is a very canonical form and derives from the religious texts and has a kind of sanction to it which is unique.

“Distinct from that is sama (developed two to three centuries before qawwali in the Central Asian region of Khorasan), which is listening to music, and what qawwali fits into.”

Pir Zia’s grandfather, Hazrat Inayat Khan — a classically trained musician — was the founder of the Universal Sufism movement and Inayati Order, in the Chishti lineage of Sufism, which espouses an essential unity of all faiths and is known for an emphasis on love, tolerance, and openness. (The Chishti believe that qawwali can help devotees “forget the self in the love of Allah.”)

Sonny, the group’s artistic director (who democratically requested that we not use his last name) is 31 and is generally representative of the rotating troupe. He is a second-generation American of South Asian heritage, raised in Houston. He was classically trained from the age of 6. (He demurs, “I missed about five years there.”) Early on, he started listening to and performing ghazals (a musical form related to the qawwal and traditionally dealing with one subject — unconditional and superior spiritual love). He attended the University of Texas in Austin, where Riyaaz began “practicing” in 2005 and 2006.

“Practice” translated to Hindi or Urdu is riyaaz. “We used to practice a lot and people would ask what we were doing and we’d just say, ‘Riyaaz,’ ” Sonny said. “Friends begin to say, ‘Oh yeah, ‘Riyaaz’ is meeting up.’ When it came time to perform and we were asked how we wanted to be introduced, a friend who was there said, ‘Why don’t you just call yourselves Riyaaz Qawwali ’cos that’s all you seem to do anyway.”

Calling the band “Practice” made sense. “It’s not work — all we’re doing is preparing for that final performance before God,” Sonny says. Asked about the poetic freedoms the group has determinedly pursued within the traditional forms, Sonny explained: “There are three aspects to music and South Asian music has always taken a lot of liberty with the first two — melody and rhythm. There’s a lot of improv happening on those ends. The third aspect is lyrical … Qawwali has a lot of room to play there.”

Because members of the group have many religious and ethnic backgrounds, “we believe there is a pan-South Asian identity, an identity that is being revealed, we talk about that,” Sonny says. “Sufi qawwali has been a place for interfaith dialogue … It’s not maybe what’s highlighted by the ‘senior’ qawwals today, but that’s maybe where we’ve been lucky.

“We’re thinking about us being American; South Asian, right? Indian, Pakistani, Afghani and Pakistani, but we are Americans first of all, thinking about how to share this with American [English-speaking] audiences.

“The art needs to move on; the artist need to evolve. The message of interfaith and love that qawwali talks about is more important than the hatred that is spewed from jihadists, or hardcore … even Hindus. We need to share not only the music, but the message that is behind it.”

And they’ve been sharing musically, as well: At last year’s Richmond Folk Festival, Riyaaz Qawwali shared a program with The Campbell Brothers Sacred Steel guitar players and Zedashe, a Gregorian chant ensemble from Russian Georgia. They’re looking forward to a mooted collaboration later this year with a Baptist gospel choir for the Interfaith Ministries of Houston.

“We believe our performances to be only half on us, and the other half on our audiences,” Sonny says. “Qawwali is supposed to be a practice of ecstasy to bring people into an intellectual conversation between the audience and performers.

“We’ve made a mosque on one side and a temple on the other side. You know, the better species than us are birds — one day they’ll go sit on the roof of a mosque; one day on the roof of a temple … whereas, we don’t. Let’s all be one. That’s what qawwali does, or can do.”

The talk and concert begin at 7 p.m., following a vegetarian dinner prepared by Fresh Company at 6 p.m. The price is $25 for the talk and concert or $50 with dinner. To reserve seats, call 845-424-4800 or visit garrisoninstitute.org.