The New York State Comptroller’s Office released its official report last week that details the “misappropriation of cash receipts” within the Putnam County Consumer Affairs Office, which was the result of an investigation that led to the resignation of the department director and her pleading guilty to theft of county funds.

Jean Noel of Kent resigned after entering a guilty plea on Feb. 22 to the class A misdemeanor charge of petit larceny before Carmel Town Justice Joseph Spofford. 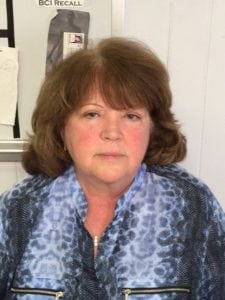 State Comptroller Thomas DiNapoli stated that between January 2012 and February 2014, Noel stole $4,575 in cash payments from contractors intended to satisfy county-issued fines, including payments made by contractors for conducting various business operations in Putnam County without an appropriate county-issued license.

Noel’s attorney, however, maintains that only $275 in cash was taken, and that the rest of DiNapoli’s figure is repayment of salary that she is responsible for, because she was allowed to continue working after she was notified that an investigation was ongoing.

As of March, Noel had repaid $4,300 and owed another $275 to fully satisfy restitution, according to the comptroller’s report. Noel allegedly would have faced  felony grand larceny charges if she did not agree to the plea deal.

As part of a plea agreement, Noel had to terminate her employment with Putnam County and was sentenced to a one-year conditional discharge.

DiNapoli reported several scenarios in which cash was recorded, but could not be accounted for:

In September 2013, Noel allegedly indicated in the cash log that she was bringing $1,800 to the Finance Department, which was never deposited. In July 2014, auditors from the Comptroller’s Office reportedly met with Noel, when she said she couldn’t find the missing funds. However, two weeks later, an employee with the Consumer Affairs Office reported finding  an envelope with $1,800 mixed in with a stack of files that Noel had asked that person to organize.

In June 2013, one unlicensed contractor claimed to have paid a $250 fine and a $250 registration fee with five $100 bills, but no record of the payment was made. A similar complaint was made by another contractor in December 2013.

Noel has remained steadfast in claiming that the investigation was the result of “injustices fabricated by disgruntled employees.”

“I stand by my record of more than 25 years of public service and the results achieved,” she said in a statement after pleading guilty. “I accepted a plea solely to bring closure to a two-year misdirected, malicious investigation fueled by disgruntled former employees. In the end I decided I would rather settle and pay $275 and enjoy my retirement than spend any more of my life and tens of thousands of dollars battling state bureaucrats who were pursuing victory and certainly not justice.”

In response to the comptroller’s report, the County Executive’s office said cash is no longer accepted as a form of payment for fees.

During a Putnam County Legislature Rules Committee meeting last month, Legislator Dini LoBue (R-Mahopac Falls) chided the county’s administrative branch for allowing Noel to continue working after her alleged wrongdoings had been exposed, which required her to pay the county back the salary she earned during that time.

“It is my understanding that [Noel] was supposed to vacate the position Dec. 31, 2015” and yet continued to work as director until February. “The person could have been given leave with pay, and why this person was put back into the department where a crime was committed, to me, doesn’t make any sense,” LoBue said.

Legislator William Gouldman (R-Putnam Valley) expressed frustration over not knowing an investigation was ongoing, and said constituents asked him why legislators didn’t know about the investigation prior to the news reports that exposed it.

“I think most of us were blindsided by this,” he said. “I didn’t find out about it until that evening.”

Noel, a former member of the Kent Town Board, was appointed to her county post in 2012 by Putnam County Executive MaryEllen Odell.