An incident in Cold Spring in the early morning of Jan. 1, 2014, may have finally been put to rest, much to the relief of a restaurant owner who has waged a prolonged legal battle in his own defense.

Ray DiFrancesco, who along with family members operates Whistling Willie’s American Grill in Cold Spring, was charged with assault, but in May 2015 the Putnam County district attorney recommended that the charges be dropped. When that happens, records are typically sealed so that the case doesn’t come up in routine background checks.

However, Cold Spring Judge Thomas Costello, for reasons that remain unclear, ordered that the charges be “withdrawn” rather than “dismissed,” which he said kept them in the public record. It wasn’t until July 13, 2016, when the New York State Supreme Court overruled Costello, that the records were sealed. 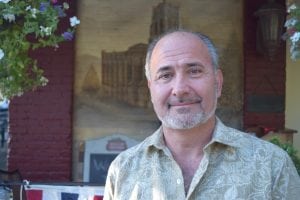 DiFrancesco was arrested and arraigned in the Cold Spring Justice Court on Feb 12, 2014, where he was charged with third-degree assault, third-degree reckless endangerment and giving a false written statement, all Class A misdemeanors. The charges stemmed from events outside Whistling Willie’s early on New Year’s Day in which, according to a Cold Spring Police Department report, a man suffered a broken knee and was left outside on what was a bitterly cold night.

Fifteen months later, with no evidence having been presented after numerous court appearances and delays, the D.A. recommended the charges be dismissed. After DiFrancesco’s lawyers asked that the case record be sealed, Costello wrote that the “withdrawal” of charges “does not constitute a termination of a criminal action or proceeding” and denied the request. 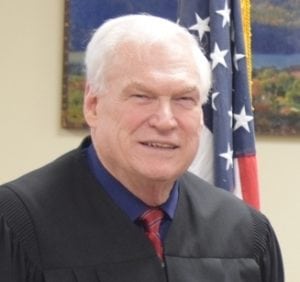 The move raised eyebrows in the legal community. In August 2015, Bennett Gershman, a professor at the Pace University School of Law, told the Journal News that a withdrawal by the prosecutor of charges “is clearly a basis for sealing. If the judge is looking for a hook to keep the defendant under a cloud of criminal suspicion, the judge is acting in complete bad faith and should be sanctioned for something like this.”

In his ruling, Supreme Court Justice Paul Marx said the court clerk (who is Judge Costello’s wife, Cathy) should have automatically sealed the records even without an order from the judge.

“We thought everything was over when we didn’t go to trial,” DiFrancesco told The Current. “But the court didn’t want to hear that. Thank God [for] Judge Marx, who really paid attention to this case and made the right decision.  I don’t know what anyone would do if they didn’t have the means or the friends — my attorneys are my friends — to make this happen.”

Putnam Valley attorney John Zarcone, Jr., who represented DiFrancesco with his partner Lawrence Silverman, praised Marx’s ruling as “analytical, scholarly and eloquent.” He said the circumstances of the case were unusual enough that Marx’s decision was published on Aug. 9 in The New York Law Journal.

The Current emailed Judge Costello and Cathy Costello on Aug. 31 for comment but had not received a response by press time the next day.