Registered Democrats in Philipstown have a choice to make this coming Tuesday, Sept. 13, about who will carry the party line for town judge into the November election.

This is a rare primary race for a relatively obscure, although critical, community position. The Current spoke with the two candidates who hope to face Republican Faye Thorpe on Nov. 8.

When asked why he wants to be Philipstown Town Justice, Hilpert, 38, said “it’s something I have always wanted to do. It’s a great way to serve the community.” Raised in Philipstown, Hilpert practices law with his father and brother. He says the town justice job is a natural extension of his upbringing, abilities and interests.

“Having a father who is a lawyer and seeing the small practice work, that’s what made me chose this route rather than working for a really large firm,” he said. “I really do like being in the community and dealing with people every day rather than with corporations and what-have-you.” 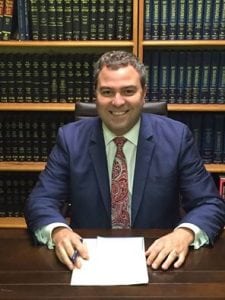 Based in Cold Spring and Croton, his 12-year practice involves both civil and criminal matters, including plenty of litigation, in Westchester, Putnam and Dutchess counties, so he said he is familiar with local courtrooms. “I believe that with my practicing background, I am particularly qualified,” he said.

A graduate of Pace University Law School, Hilpert stressed efficiency when considering the challenge of the town court. “I know the way the court should operate,” he said. “Court is an unpleasant experience for most people, so efficiency is getting people in and out quickly. It’s about doing things in a correct and timely manner, getting decisions out, moving the process through but not at the expense of justice.”

Hilpert said he had also discussed his candidacy with the Conservative Party for a possible additional line on the November ballot.

“I was born and grew up in Philipstown and lived here almost my whole life,” Hilpert said. “I identify with the community. I am familiar with the kinds of cases before the court and the way it operates.”

Although long active in various roles within the Cold Spring community, Camille Linson, 49, sees the town justice role as “the first time since I’ve lived here to really use my professional skills in a way I think would benefit the community more broadly.”

Linson brings 20 years of broad legal experience as her principal qualification for the bench. At one time she worked for a large firm (Beck & Arad in New York), handling highly technical matters of commercial law in international settings. A Vanderbilt Law School graduate who has varying degrees of fluency in six languages, she is now a single practitioner who serves as outside counsel for companies with cross-border legal issues.

“Working in a large-firm environment, I was trained in a lot of the skills that would make for a strong judge,” she said. “My role is to interpret the law to my clients in layman’s language. As a town judge you are also often called upon to explain the law to the parties before you who don’t have legal backgrounds and might not have legal representation.” 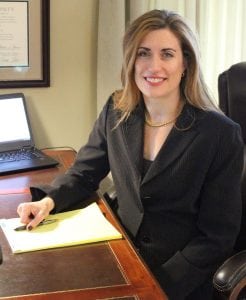 Linson said she also handles civil disputes in family law, and real estate and the defense of minor criminal infractions. “The work I do locally is satisfying in a different way [from corporate law], where I feel I am helping individuals rather than a business and that is super gratifying,” she said. “I think the town judge’s role is gratifying in the same way.”

“Philipstown is real community,” she said. “The ability to live together in a respectful way is very important. I am eager to play a role in the community that is a unifying one.” She characterized her successful petition to have an independent line on the November ballot and her discussions with the Conservative Party for their line as examples of her willingness to pursue dialogue across the political spectrum.

Democratic Winner Will Take on Thorpe

The winner of the Democratic primary for Philipstown Town Justice will face Republican candidate Faye Thorpe in November. Thorpe, a graduate of Pace University Law School and a 37-year resident of Philipstown, is chief counsel for the Putnam County Department of Social Services. 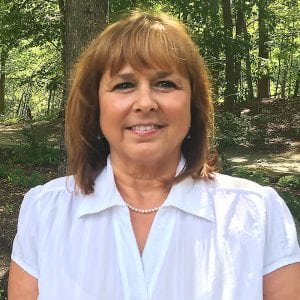