Beacon and Cold Spring are converting street bulbs, but are they too strong?

An initiative to replace more than 1,400 streetlights in Beacon with energy-efficient bulbs that use Light Emitting Diodes (LEDs) is underway and, upon completion next spring, should save the city around $127,000 annually.

The LEDs are expected to improve road and sidewalk lighting while using half the electricity of conventional bulbs and lasting four times longer. In addition, the city is converting traffic signals at 13 intersections. 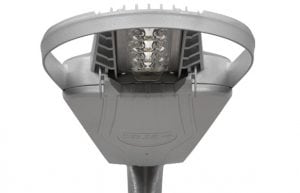 Nationally, there has been some concern that LED bulbs are too bright, creating safety hazards and interfering with the body’s natural rhythms.

The American Medical Association warned in June that high-intensity LEDs can worsen glare, causing hazards for drivers and pedestrians. In addition, the streetlights “operate at a wavelength that most adversely suppresses melatonin during night.” The AMA cited studies that show brighter lights in residential areas are associated with “reduced sleep times, dissatisfaction with sleep quality, excessive sleepiness, impaired daytime functioning and obesity.”

Kelvin is a unit of measurement that describes the hue of a light source. The higher the Kelvin value, the closer the light’s color is to sunlight. Bulbs with an output of less than about 3500K will have an amber hue, mid-range bulbs (3500K to 4100K) will have a white hue and bulbs in the higher range (4,200K or more) will have a blue hue.

City Administrator Anthony Ruggiero said the Beacon lights are less harsh than ones used earlier in other municipalities, which operated in the 5,000 to 6,000 Kelvin color temperature range. The streetlights being installed in Beacon rate at 4,000 Kelvin along main corridors and 3,000 Kelvin in residential areas, he said.

In Cold Spring, Deputy Mayor Marie Early said the village has replaced only a half-dozen streetlights with LED bulbs in the 4,000 Kelvin range but has already heard complaints that they’re too bright.

Central Hudson spokesperson John Maserjian said Nov. 29 that the utility will soon offer less-intense streetlights to municipalities in its eight-county region. “The light is warmer, probably more like an incandescent light in terms of color temperature, but still highly efficient,” he said. If feedback elsewhere is positive, those LEDs could be installed along Main Street in Cold Spring, Early said.