Sharpshooters move on to regionals

The Knights of Columbus Loretto Council No. 536 in Cold Spring sent seven boys and girls to the District 54 Free Throw Competition on Feb. 17 in Hopewell Junction: three advanced to the regionals, to be held March 11 in Poughkeepsie. 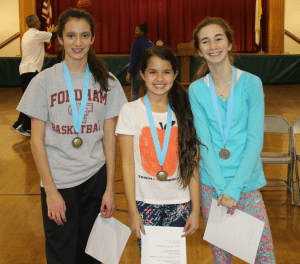