The Dunning Man, a film produced by Kevin Fortuna of Cold Spring and based on his short story of the same name, will play the Hoboken International Film Festival on Tuesday, May 23. Directed by Michael Clayton, the film follows a down-and-out landlord as he tries to rebuild his life in Atlantic City with only three low-rise condos to his name. See hobokeninternationalfilmfestival.com. 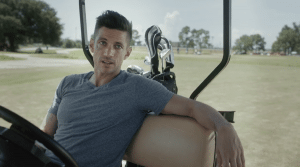