The number of hikers ascending Breakneck Ridge has risen 33 percent in the last three years, according to newly released data from the New York-New Jersey Trail Conference.

And the numbers keep growing. In the first two weekends of the 2017 season, stewards at a single Route 9D trailhead counted 4,670 hikers, an increase of 22 percent over the same period last year.

“So far this season, every nice day has seen well over 1,000 hikers attempt Breakneck,” said Hank Osborn, senior program coordinator for the NYNJTC. “This was not so common last year, rare the year before and unheard of the year before that.” He called the growth “alarming.”

On its busiest days, as many as 1,700 people ascend the 4.4-mile, white-blazed trail at the Putnam-Dutchess border. That figure has remained relatively stable. But the growth in traffic on the mountain is reflected in the number of times it occurs: There were 22 days between Memorial Day weekend and Columbus Day in 2016 when stewards recorded at least 1,000 hikers, compared to two days in 2014. 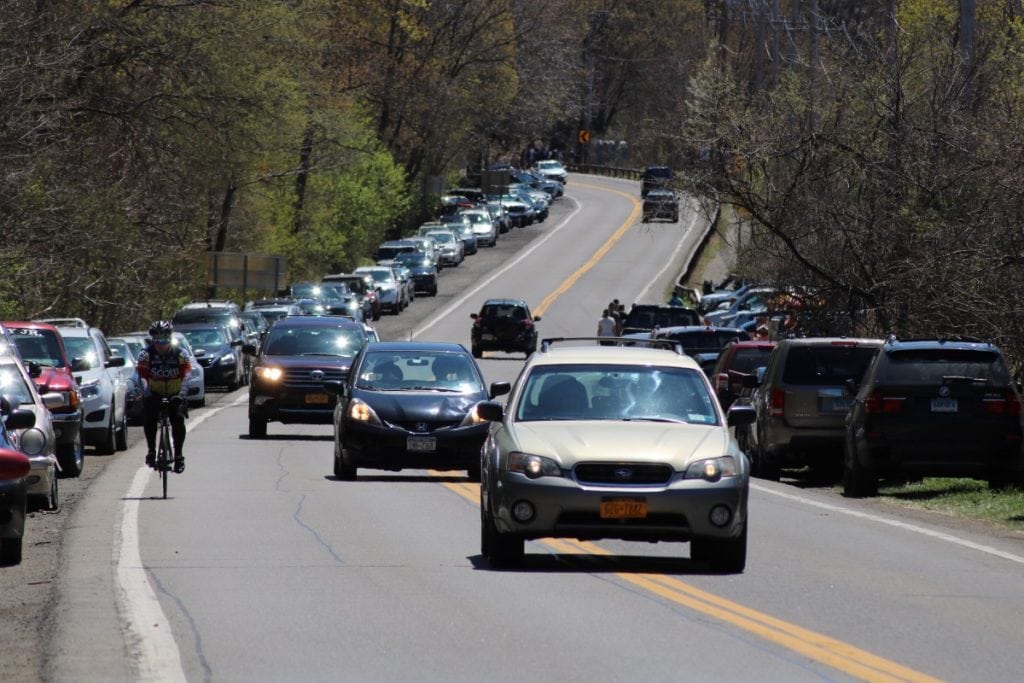 Stewards positioned on weekends and holidays at the white-blazed trailhead counted 35,570 hikers between late May and mid-October, which the NYNJTC extrapolates to between 75,000 to 100,000 people ascending the ridge annually from there and other trailheads.

At the same time, the number of hikers calling for assistance after becoming lost has dropped by half, from about 100 in previous years to 49 in 2016, which Osborn attributes to better marked trails and more maps becoming available, including a free version for the Avenza app or another that costs $4.

In addition, he said, calls by hikers to 911 have been virtually eliminated because stewards now routinely share their cell phone numbers with hikers. For medical emergencies, the stewards are trained in CPR and carry first-aid kits provided by the Cold Spring Fire Department. Two of the eight stewards are EMTs. 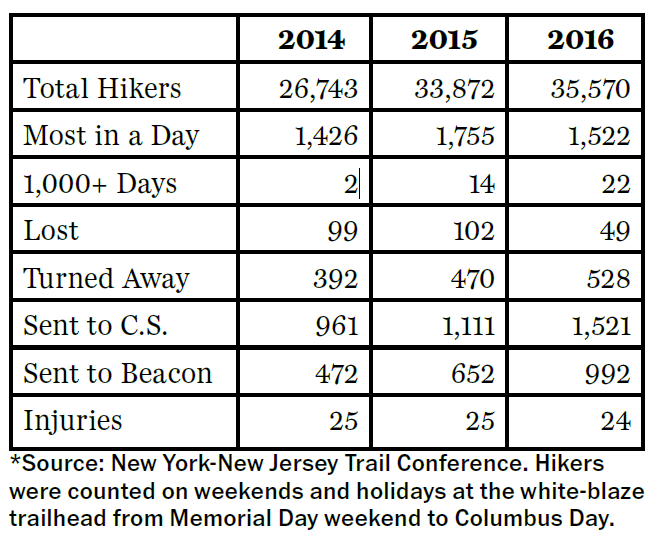 The NYNJTC estimates about a third of the hikers arrive on one of 12 Metro-North trains that stop below the ridge each weekend, some of which unload 400 people. Stewards directed more than 1,500 visitors to Cold Spring and nearly 1,000 to Beacon last year.

Stewards turned away 700 ill-prepared hikers last year, typically because the visitors were not aware of the difficulty of the climb or because of improper footwear such as boots with no socks or laces, high-heeled sandals, or flip-flops, said Osborn, who manages the program.

The conference hired its first Breakneck steward in 2013 and expanded the program in 2015 and 2016, when it added a third steward to patrol the ridge and key intersections, extended the season by six weekends into November, and lengthened the time stewards are on duty by two hours, from 8 a.m. to 6 p.m., which allows them to turn away hikers who arrive too close to dusk and risk an after-dark rescue. 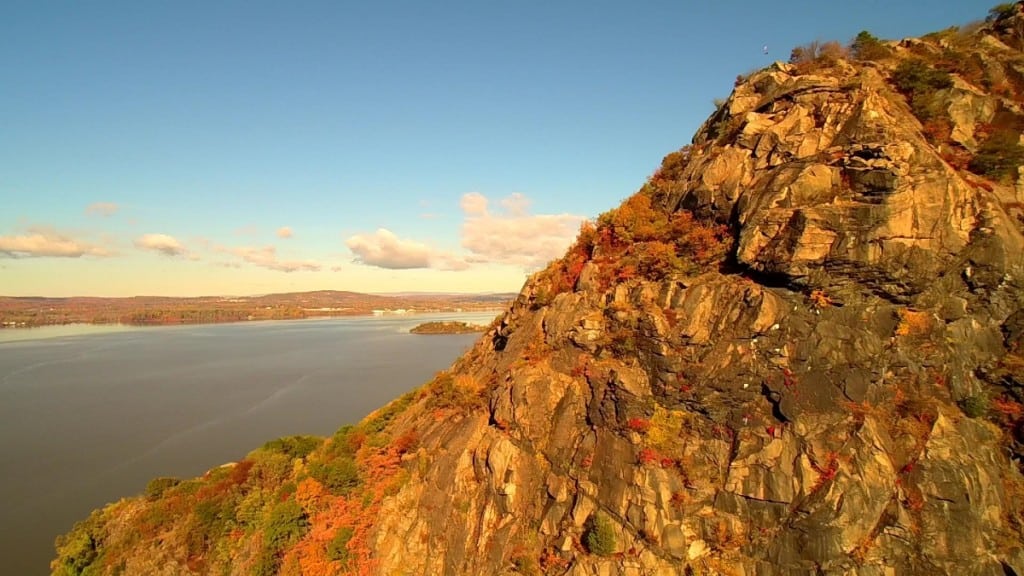 The top of Breakneck Ridge (photo by Joe Brennan)

Osborn said that the NYNJTC has started supplying hikers with water in reusable bottles, which has greatly reduced the number of plastic containers discarded along the trail. For the trash that remains, stewards hand out garbage bags to those hikers willing to help.

Although the stewards provide free maps (distributing more than 3,000 last year), in many cases they advise hikers to go elsewhere. “We want to educate visitors that there are other great trails in our region,” Osborn said.