Tourism spending in the Hudson Valley hit a record $3.5 billion last year, an increase of 3 percent over 2015, according to a new report.

Statewide, tourism spending reached $64.8 billion, said the report, prepared by the analytics firm Tourism Economics. Of that amount, 65 percent was spent in New York City, and 5 percent in the Hudson Valley. 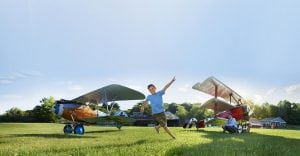 The report did not gauge the costs of tourism to the state or counties and communities.

In the Hudson Valley region, Westchester County receives more than half the revenue attributed to tourists, at $1.8 billion, followed by Dutchess ($568 million, or 16 percent), Orange and Rockland (13 percent each) and Columbia (4 percent). Putnam received about 2 percent of the total, or $62.5 million.

Mary Kay Vrba, the president and CEO of Dutchess Tourism, said it is difficult to predict how long the boom can continue, but “I believe we still have room for growth, particularly in northern and eastern Dutchess.” She noted that popular attractions in Dutchess County include Walkway Over the Hudson, FDR’s home and library, the Dutchess County Fairgrounds and Old Rhinebeck Aerodrome, Dia:Beacon and the Culinary Institute of America (although currently closed for summer vacation).

Barney Molloy, who chairs the board of the Putnam Visitors’ Bureau, did not respond to a request for comment. 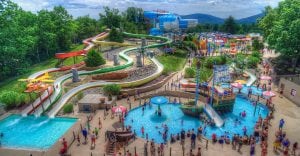 Westchester far surpassed the other five counties in most categories. However, in second-home spending, it was followed closely by Columbia County and Dutchess County ($33 million, or 6 percent of Dutchess tourism spending). Putnam County’s second-home spending was about $12 million, representing about 20 percent of Putnam tourism spending, versus 3 percent in the region.

Across the state, tourism supported more than 780,000 jobs, making it the fourth-largest employer.