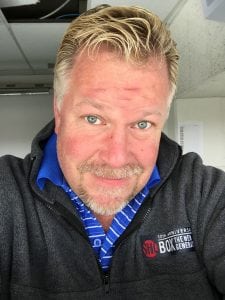 Scott Snell, 49, of Beacon, is a longtime broadcast camera operator (he’s worked at the U.S. Open for the past 15 years) and photographer. A video he produced and directed, Aloft: New York, was awarded a silver medal on Aug. 26 at the first New York State Fair Drone Film Festival. It can be viewed below.

You’ve been a broadcast cameraman for 28 years. Which sport do you find the most challenging?

Hockey, because you have to anticipate where the puck is going. Football is similar, because you can get faked out. That happens to every camera operator because the plays are designed to fool guys standing five feet away, and we’re 50 to 75 yards away. You know the operator got caught by a quarterback’s pump fake when you see a little bob in the picture.

What prompted you to buy your first drone?

I had just finished a season of Monday Night Football. I flew cameras for that, but they were on wires. I saw an online ad for a drone and after a few clicks found myself watching Santa Monica Airlines in which the photographer, Robert McIntosh, flew a drone down the beach, through the Ferris wheel at the pier and down the rollercoaster. He finished with the sunrise. I thought, why am I not doing this?

First, you don’t fly over crowds. If the drone crashes, you could hurt someone. If you are a commercial operator, you need an FAA license, which limits you to 400 feet, and your rig has to be insured and registered and can’t fly at night without a waiver. As in any business, there are rules of etiquette. For instance, I don’t think it’s ethical to fly a drone over a military funeral, as has been done. 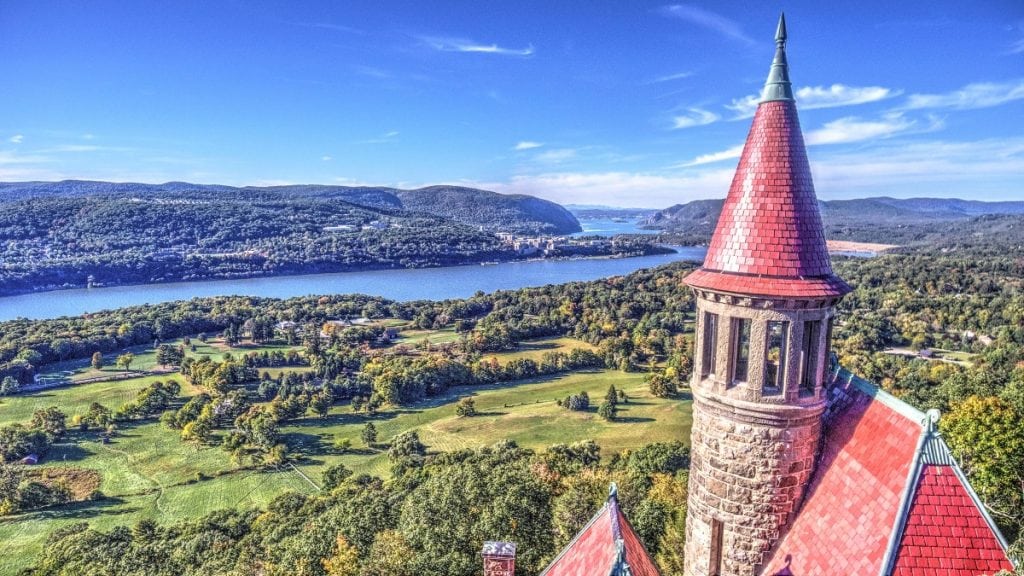 Using a camera attached to a drone, Snell took this photo over Castle Rock in Garrison.

Have you ever crashed?

I use a spotter, because it’s easy to get  distracted, and you change direction often. Once, I realized only when watching the footage that I had missed a wire by inches. I crashed while shooting in Philadelphia for an NBC show when the drone went berserk and I had to put it in the river. That cost me $1,500. I also crashed a $6,000 rig during a wakeboarding shoot. I was skimming the water when an armature motor died. But in that case, a dive team recovered it for me.

Does drone photography risk losing its visual power? It seems to be everywhere.

I suppose if everyone jumps on the bandwagon, it could get old, but we’re not even close to that. There are infinite angles in the air, and the light and weather changes, and you have fog. I have shot bridges around here many times, but it’s always different. The Mid-Hudson Bridge has 10,000 faces. I also love shooting at the Mohonk Preserve. I get a lot of therapy there.

Putting Together the Broadcast Camera (in 30 seconds)