Intriguing stories from the Highlands

Gary Arceri, co-owner of a Main Street antique shop, grew up in Massapequa on Long Island in the 1960s. His best friend was Tim McNamara. After high school graduation, it would be more than 20 years before the two would cross paths when they bumped into each other in a Massapequa bar.

A year after that chance encounter, Arceri was driving from Newburgh to New Paltz after a severe ice storm. “As soon as I got on the Thruway I just started thinking about Tim,” Arceri remembers. Minutes later, he was sure that the driver of a car that passed him was his old friend, but a second look proved him wrong.

“About 10 minutes after that, I came upon two PSEG Long Island trucks stopped on the shoulder and I decided to pull over.” One of the truck drivers was McNamara.

“That incident was eerie; it had spiritual meaning for me,” Arceri says. “We don’t understand precognition or even how much of our brain we’re really using. We use ‘coincidence’ to describe these things because we have no other word for it.”

Gregg Graham works at a Cold Spring pub but in 2015 managed a restaurant in Croton-on-Hudson. One evening, while discussing their shared passion for college football, he and a customer realized they had both attended the 1991 game between Florida State and Michigan in Ann Arbor, along with 106,000 other fans. Graham, a Florida State alumnus, was delighted with the Seminoles’ 51-31 victory. The customer, a Michigan alum whose name Graham cannot recall, went home unhappy. 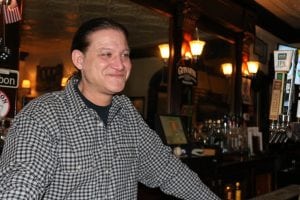 The customer told Graham that a vocal fan seated immediately behind him in the end zone had aggravated him throughout the game, constantly shouting “Elvis! Elvis! Elvis!” every time Michigan quarterback Elvis Grbac made a mistake in what turned out to be one of the signal caller’s worst performances of the season.

Graham, also seated in the end zone, confessed to having chanted “Elvis!” a number of times. However, the customer doubted it was Graham who sat behind him because the culprit had very long hair and Graham’s hair was short. Graham produced a photo on his cellphone taken roughly the same time as the game. It featured a long-haired Graham, proving he had been the irritating “Elvis!” chanter 24 years earlier.

“It was just random,” Graham says. “The more people you meet, the more places you go, the more likely it is that things like that are going to happen.”

Swiss psychologist Carl Jung would support Arceri’s interpretation over Graham’s. Jung coined the word synchronicity to suggest there is meaning to coincidence. That meshes with another of his hypotheses, “undus mundus,” which states that everyone and everything is interconnected, providing order and structure to reality. Jung believed that synchronicity lay behind claims of ESP, ghosts and telepathy. 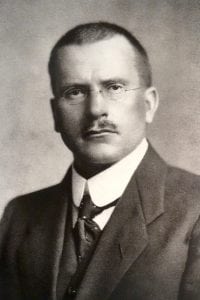 Cold Spring resident Mary Jo Mullan might lean toward Jung’s view. In May 2011, Mullan, a first-generation Irish-American, was in Havana researching Cuba’s Healthy Aging Program. Her ears perked up when she heard a group of men singing the Irish ballad Foggy Dew in the hotel bar.

She was surprised to learn they had come from Ireland for an annual tribute to the 10 hunger strikers whose deaths in 1981 marked the end of a five-year protest by Irish Republican prisoners during “The Troubles” in Northern Ireland.

“I was stunned, and very moved,” Mullan says. “I had no idea such a monument existed in Cuba.” The marker, which she visited the next day, is one of several in Cuba honoring liberation movements. 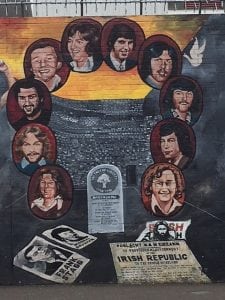 Tommy McElwee is second from the bottom at right in this Belfast tribute to the strikers. (Photo courtesy Mary Jo Mullan)

Mullan’s emotional response was not unfounded. Her first cousin, Tommy McElwee, is listed on the monument. “It was a meaningful coincidence,” she says. “It reinforced my belief in the global need to seek freedom.”

The law of large numbers

If Jung’s beliefs represent “heads” on the coin of coincidence, the law of large numbers represents “tails.” It states that if a group of people is large enough, coincidence is bound to happen. In fact, mathematical probability suggests that the number doesn’t have to be huge. For example, if 23 people are in the same room, there is a 50-50 chance that two will have been born on the same month and day. There is a 99.9 percent chance among 75 people.

The fact that, in 1982, the U.S. population was 231 million compared to 3.5 million in Ireland adds to the intrigue of Cold Spring resident Maureen Kazel’s story. That year, while studying in Ireland, Kazel found herself hitchhiking to Tipperary with two classmates. A young man picked them up, and Kazel, a self-described “talker,” became frustrated by his silence. 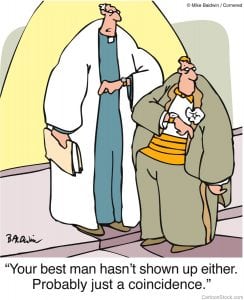 Pressing him, she learned that he had visited Binghamton, New York, with his college soccer team a few years earlier. He remained disinterested until Kazel mentioned that her sister had attended SUNY Binghamton at that time. “What was her name?” the driver asked, his curiosity piqued. “Anne Kazel,” Maureen replied. The driver was stunned. “I can’t believe it,” he said. “I stayed in the same dorm as your sister!”

Maureen’s interpretation of the incident has evolved over time. “I was shocked at the time; at age 21 I realized it’s not such a big world after all,” she said. “Back then I thought coincidence had meaning; now I’m older and wiser.”

Jung, the law of large numbers, and Cold Spring resident Bill Sussman might all agree that the concept of “6 degrees of separation” is valid, that everything and everyone in the world are no more than six steps apart.

In 2016, while renovating an apartment on Lower Main Street, Sussman discovered a hidden fireplace. Buried in its ashes were the report cards of three elementary school students who attended Haldane in the mid-1930s. 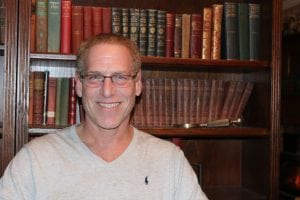 Shortly after the discovery, Joel Sussman, who like his uncle Bill, grew up on Long Island, paid a visit and was surprised to realize that the surname on all three report cards was very familiar to him: Budney.

“Nick Budney is a good friend of Joel’s; both are members of the NYPD,” Sussman says. The report cards belonged to Frank and Stan “Mackey” Budney, Nick’s great-great uncles, and Olga Budney, his great-great aunt.

The law of large numbers would probably suggest that everyone has at least one compelling coincidence story. Whether or not coincidence has meaning beyond mathematics remains a personal belief.

In the 1980s, while working in conservation in Ontario, I was interviewed over the phone on Detroit’s WJR by “Fat” Bob Taylor, so nicknamed because he was rather portly. A week later I met him at a luncheon in Detroit and thanked him.

That evening I got a  phone call. “Is this Mike Turton?” I answered, “ Yes, it is.” “This is Bob Taylor.” I was taken aback. Why was he calling me at home, late at night? 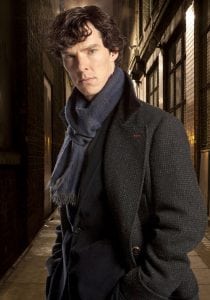 “Us meeting couldn’t be coincidence. The universe is rarely so lazy.” –Sherlock Holmes (Benedict Cumberbatch)

Our short conversation made no sense. When I finally asked him if he was “Fat Bob” Taylor, he became indignant, exclaiming, “I’m not fat!”

In my mind, the incident was no more than an interesting surprise; it did, however, spark an interest in coincidence.

3 thoughts on “Were You Just Thinking We Should Do a Story on Coincidences?”