Scenes will be shot March 15-16 at Stewart Airport

The producers of a pilot being shot for NBC called Manifest have placed a call for paid extras for scenes to be shot at Stewart Airport in Newburgh on March 15 and 16. 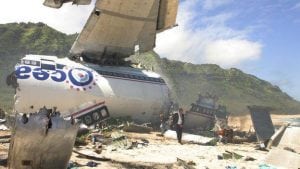 A scene from Manifest (NBC)

To be considered, email your name, union status (SAG-AFTRA or non-union), phone number, height, weight, clothing and shoe size, along with a current photo, to [email protected]. Place “Stewart Airport Local” in the subject line.

The pilot is for a series in which a plane disappears from radar and returns five years later after being untraceable and presumed lost at sea. No time has passed for those on the plane. The series follows their personal lives as well as the larger mystery.