Second storm in a week predicted to hit Highlands

The Highlands is expected to receive 6 to 12 inches of snow starting early Wednesday (March 7), the second major storm to hit the region in less than a week. It arrives just as Central Hudson finishes restoring power to the 110,000 customers who were in the dark after the Nor’easter that arrived on Friday, March 2.

The first day of summer is Thursday, June 21.

A winter storm watch will be in effect from 7 a.m. Wednesday through  7 a.m. Thursday. 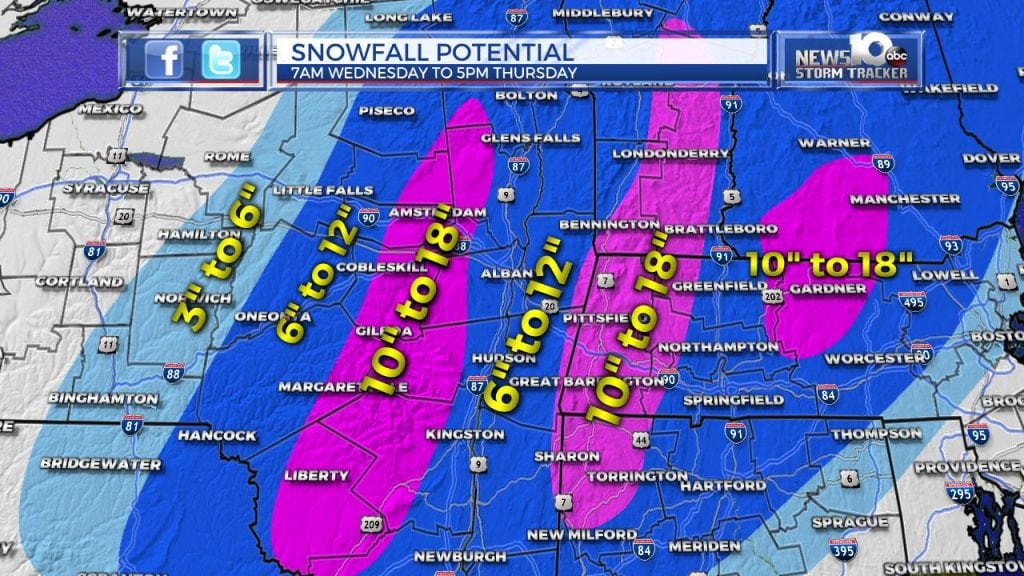 The forecast for Wednesday, by Steve Caporizzo of News 10.