ZBA calls for Conservation Board input

The Philipstown Zoning Board of Appeals on Monday (May 15) delayed its review of plans for new construction in flood-prone Manitou and called for Conservation Board input on the project.

The new home would be located on Hudson River Lane, a narrow strip between the river and the Metro-North tracks that contains 17 homes. Emergency responders rescued nine residents there during Hurricane Sandy in 2012.

Dana and Kevin Reymond, who live in Manhattan, own two homes, at 28 and 30 Hudson River Lane, which were apparently built in the 1940s as fishing cottages. The couple hopes to demolish the structures, as well as a shed and garage, then combine the parcels, and construct a raised two-wing residence designed to better withstand flooding and harsh weather. 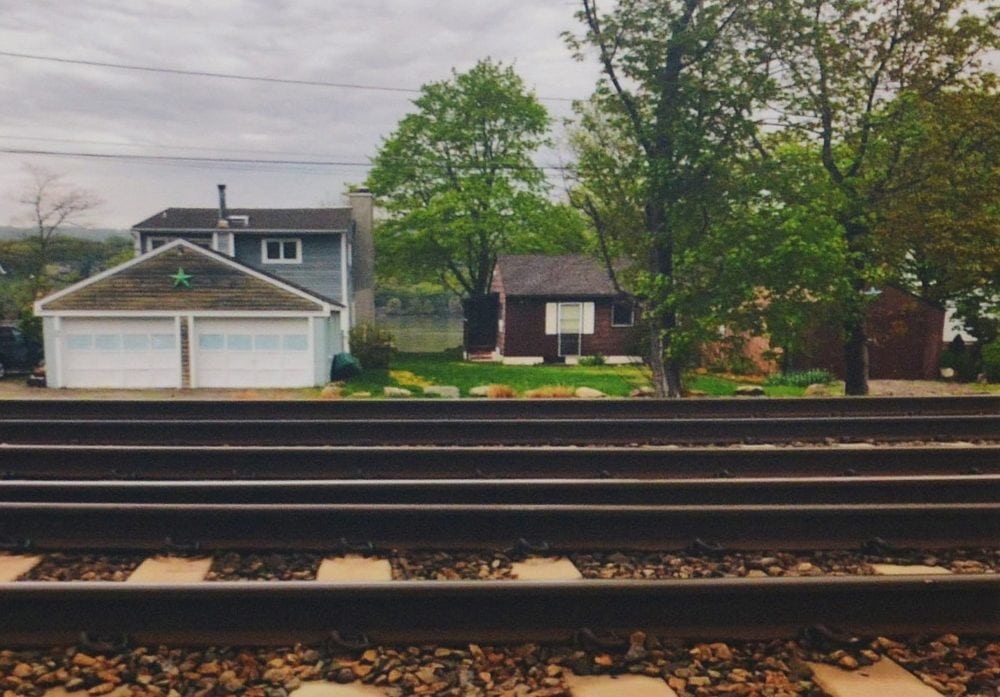 These two homes on Hudson River Lane in Manitou would be torn down.

The 2,312-square-foot house would consist of two one-story structures separated by a boat ramp but linked by a 22-foot outdoor walkway.

The proposal requires seven variances from the ZBA.

The Reymonds also need permission from the Army Corps of Engineers and state Department of Environmental Conservation for one or more aspects of their plans.

Michael Liguori, an attorney who represents the Reymonds, said the couple had started the approval process with the ZBA and not the Conservation Board because “you drive our design” with variances and “getting that locked down is critical.”

Likewise, he added, “it’s the construction and the impact of the construction that will govern” decisions of the Conservation Board, which has jurisdiction over wetlands and water courses. He noted that a good portion of the property extends into the river and is under water.

Dee responded that the ZBA would not consider the application until the Conservation Board had reviewed it. Moreover, he said, “there’s a lot of things missing,” including details on the garage design. “We have to know what it looks like.”

On their application, the Reymonds said they envision the structure as a retirement home. They have spent weekends at the property for five years and cited problems with the existing houses. No. 28, they wrote, “has never been renovated, maintained or properly insulated,” while No. 30, also insufficiently insulated, has a misengineered foundation, creating a slant.

They said the new home would have no adverse effect on the neighborhood, and would be a “visual plus” for neighbors and passing boaters.

As for flooding, they said they can either “run the gauntlet with the existing homes,” which are not valuable enough to renovate or raise, or build a new home that is raised “to avoid catastrophic loss.”

In fact, she said, a new home that accounts for flooding could reduce their insurance costs. Asked if hurricanes are likely, especially with climate change, she replied: “I’m not God. I can’t answer the question.” But she said that if they occur, her house should not flood, while those nearby will probably suffer.

Nine neighbors sent letters to the ZBA supporting the Reymonds, and nine others wrote to oppose the construction.

“It will be good to see more new development as it spruces up our lane, making it a more desirable place,” Karry Choy wrote. Similarly, Christine O’Neill and Jack Ward said that “all of us on the lane will enjoy the significant economic and aesthetic benefits that the new home will bring.”

However, the plans prompted criticism from Martin Lang, Jim and Melanie Matero, William Schlich, Kiri Martin and Alfonso Romeo, Jack and Alice Gish, and Zshawn Sullivan, who wrote in a letter that “rarely is there such a potentially negative environmental impact.” They also questioned whether acceptance of the Reymonds’ design could set a development precedent.

“Will any two structures, regardless of lot size, be able to be joined by a deck and qualify as a single residence?” they asked.

Further, they foresaw implications for “in-law apartments, guesthouses,” Airbnb-type rentals and related uses, and charged the project has a “significant potential for damage to both the community and the town, but most of all, to the environment.”