Five times each year, the members of Ashley Linda’s journalism class at Haldane High School publish a school newspaper, The Blue Print. With support from the Haldane School Foundation, reporters and editors from The Current are working with the students to craft their stories and share their reporting with the community. Selections from the May issue appear below.

On March 14, students in Haldane’s sociology and criminal justice classes took a trip to the maximum-security Green Haven Correctional Facility in Dutchess County.

The trip, made possible by the Youth Assistance Program (YAP), is organized and run by inmates who volunteer their time. It is not to be confused with a Scared Straight program, because the intent isn’t to scare students but to educate them about the harsh realities of prison in hopes that they will make the right choices and never end up behind bars. During the trip, students had discussions and predictions about prison life and the prison population, and the trip served to break down a lot of their preconceptions.

Once at the prison, every student removed their shoes and walked through a metal detector. Each student was also required to present a valid form of ID. After entering the prison, students were ordered to line up against a wall as a group of men in handcuffs walked out followed by guards; many of these men were convicted murderers. 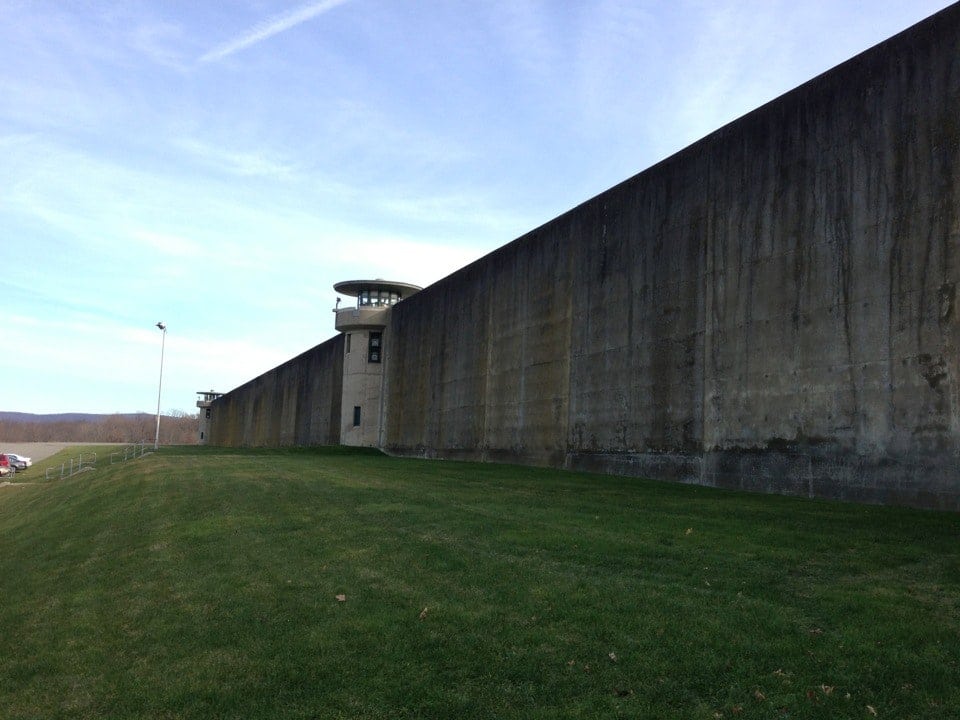 Students who stepped out of line or laughed were immediately silenced just by a stare from one of the inmates. After this initial encounter, all students and the group of inmates sat in a huge circle, the inmates sitting at random amongst the students. Within this circle, students were told that any information they gave was confidential and couldn’t be used against them outside of the prison.

Sharing information allowed for a unique rapport to develop and in turn each inmate told a part of their story, of how they ended up behind bars. The majority of them were convicted of murder, assault with a deadly weapon, possession of illegal firearms, or robbery. Most of them had been in prison for 10 or more years and were still facing 30 to 40 more.

After the group discussion, the tour began. Students walked through the cold hallways, having to pause every so often to wait for a locked gate to open. The prison yard was the next stop. A few payphones, some workout equipment and a small TV were the only things in the open space surrounded by high walls. Students were told to look up to see the tall towers on the corners of the prison. Up top, students saw an armed guard who is trained to shoot and kill if necessary.

The tour ended back in the room where the first discussion was and lunch was served. Students sat and ate with the inmates and talked about many things, life, the choices they make, the people they hang out with. Students enjoyed this part of the experience and getting to know the inmates in the program.

One senior commented, “I respect how these men wanted to change for the better and have goals that they might not [have had] before.” A sophomore stated, “This program has changed my perspective on life completely.”

Haldane students came together on March 14 in remembrance of the 17 people who lost their lives at Marjory Stoneman Douglas High School in Florida the month before. In addition to students walking out to raise awareness about strengthening gun laws, Haldane marked the day with optional activities from 10 to 10:17 a.m. to coincide with the National School Walkout, and continued activities during the students’ lunch period.

Immediately following the schoolwide Pledge of Allegiance at 10 a.m., about 50 students chose to walk out of their classrooms and gather in solidarity on the front steps of the high school. They were joined by several middle-school students and Superintendent Dr. Bowers, high school Principal Ms. Sniffen and high school social worker Mr. Many.

The remainder of the students chose to stay in their classrooms, where they could hear the names of the 17 victims read aloud, followed by a quote about the importance of kindness and positivity. Students were provided with optional activities such as reading articles, making cards, coming up with ideas for 17 acts of kindness, or working silently. 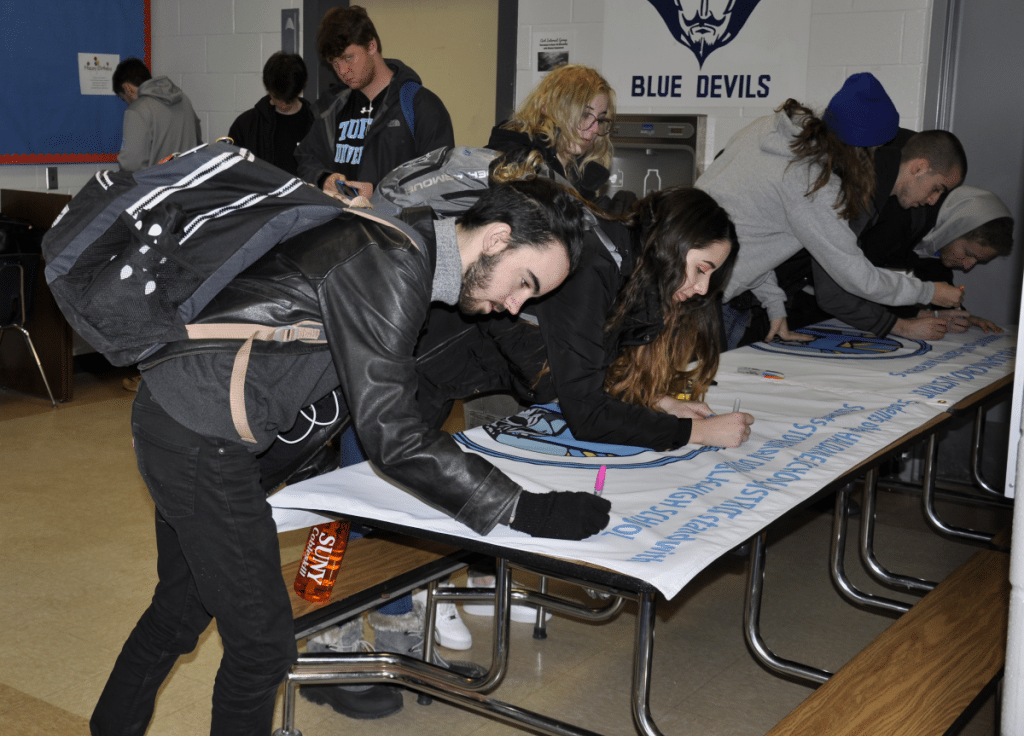 During lunch Mr. Many, Ms. Mosco, Mr. Piazza, and Mrs. Rosanno, the school psychologist, ran a discussion in Room 211 on mental-health issues. About 15 students attended. Ms. Mosco also created a “De-Stress Before the Test” board in the lobby, and Mr. Many is exploring options to bring Mental Health First-Aid Training to the high school.

This impactful day took time to plan. On March 1 students packed Room 211, wall to wall, to brainstorm safe activities that would bring students together during lunch and 10th period. Mrs. Sniffen, Dr. Bowers and Mr. Salumn, as well as teachers Ms. Linda, Mrs. Preparo and Mrs. Granese, were all present to listen to students’ concerns.

The events that took place on Haldane’s campus on March 14 reflect the collaboration of students and faculty members. The Haldane community was able to come together, despite different backgrounds and personal opinions, and everyone was able to commemorate a significant day in modern history in their own way.

Heard in the Hall

By Anna Rowe and Natalie Sandick

What weird food combo can’t you live without?

Jammin’ in the Kitchen with Julie: Pupcakes

Has your dog been good lately? Of course! So why don’t you reward your best friend with a healthy, delicious treat they will love. Make these amazing Pupcakes for a happy you and a healthy pup!

Preheat your oven to 350 degrees.

In a large bowl add egg, peanut butter, coconut oil, vanilla and honey. Whisk until all of your ingredients are combined and smooth.

Add in mashed bananas, the less clumpy the better.

Add in flour and baking soda into mixture and fold in until all the ingredients are incorporated.

Spray 12 cupcake liners with nonstick spray and put in the batter evenly into the cupcakes.

Bake for 20-25 minutes or until you can stick a toothpick in and it comes out clean.

Mix together yogurt and peanut butter, and when the pupcakes are cool, frost  ’em.

Give to your dog and watch him enjoy!