How do you keep someone from smuggling a tiny strip of the synthetic opioid Suboxone into the Putnam County Jail?

In response to a Freedom of Information Law request, jail officials provided The Current with 24 disciplinary reports for contraband seized from prisoners between January 2016 and January 2018, or an average of about 12 annually. Westchester County Jail, by contrast, made about 140 seizures per year of weapons and drugs, according to records obtained by The Journal News in a similar FOIL request. Rockland County Jail had about 10, but it has a drug-sniffing K-9 on duty.

In New York’s 54 prisons, the number of contraband seizures rose from 2,540 in 2008 to 5,231 in 2017, according to the state Department of Corrections and Community Supervision. It credits more vigilance by guards and technology that helps detect items such as hidden cellphones. A bill introduced in the state Assembly would allow guards to search any vehicle once it enters prison grounds and have a K-9 deployed at the entrance of every state prison.

A third of the incidents in Putnam involved Suboxone, a film placed on the tongue that is used in opioid-addiction treatment. The remainder involved heroin, cocaine or prescription pills. There were no reports of shanks, or homemade weapons. 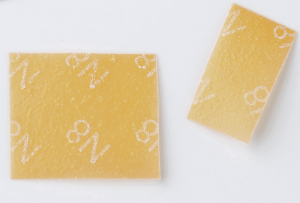 Capt. Kevin Cheverko, who supervised the Westchester County Jail before being appointed to oversee the Putnam County Jail earlier this year by newly elected Sheriff Robert Langley Jr., declined to comment on the procedures used to keep drugs out of the jails. But inmates are sometime strip-searched if they are suspected of hiding drugs and guards periodically conduct sweeps using dogs.

Inmates who are caught with anything forbidden, including disposable pens (which can be used as weapons) and cigarette lighters, face a disciplinary hearing on charges of “Promoting Prison Contraband” and/or “Hoarding,” which is accumulating items such as cigarettes or their own prescription medication in excess of what is allowed.

Discipline is dished out with confinement for weeks or months in the Alternative Housing Unit, where an inmate must remain in his or her cell 23 hours a day without privileges such as television, cigarettes, personal calls, or books beyond those with religious or educational themes. 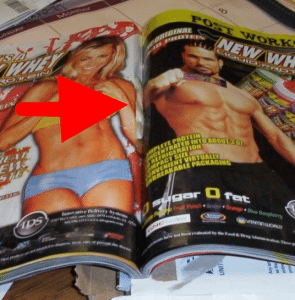 Inmates occasionally appeal their detentions; a few handwritten letters were included with the documents released. The appeals were all denied. Patrick O’Malley, then captain of the jail, replied to one prisoner, “I encourage you to continue to follow facility rules.”

Here are summaries of selected disciplinary reports released by the county:

An officer reported that while monitoring a telephone call for an investigation “based on the overabundance of drugs within the jail,” he heard an inmate admit to possessing narcotics.

Officers with drug-sniffing dogs swept the jail. A search of one cell turned up a piece of paper with what appeared to be Suboxone film hidden in a toilet paper roll, but the charges were later dismissed. In another cell, a piece of paper had traces of heroin.

A strip search of an inmate in his cell revealed three Xanax hidden in his sock. He attempted to throw the pills into his toilet but was “taken down” by a guard. The inmate handed over a half pill hidden inside a cigarette pack.

An officer discovered a broken Xanax pill in the cell of an inmate who had arrived at the jail the day before. 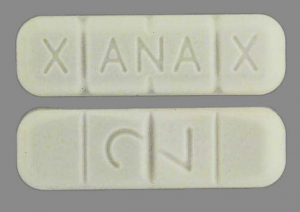 An inmate who served her time on weekends told an officer she had been asked by another inmate to smuggle in heroin and had been paid in advance with Xanax.

During a search of a cell, an officer found a bag with seven quarts of a red substance with a fruity smell that he noted is “commonly referred to as hooch,” or homemade liquor.

Under a table in the visitation room, an officer found an orange pellet that turned out to be a strip of Suboxone folded into a tight triangle. A surveillance video showed the woman take something from her bra and hand it to the inmate, who put it in his lap. Both the inmate and his female visitor sitting at the table were strip-searched. According to a guard the inmate said: “You don’t have any proof of anything, and I am going into drug court, so it does not matter, they give people so many chances.”

Inmates were instructed to sit outside their cells while officers conducted a sweep with drug-sniffing dogs. In one cell, a dog alerted officers to three labels stuck atop a mattress with a glue-like residue. In another, a dog led officers to a Suboxone strip concealed in the lid of a pack of cigarettes.

After receiving a tip from an inmate, officers found a cigarette pack containing Suboxone in the lunchroom trash.

An officer discovered a plastic bag of “fermented liquid” under a cell bed. 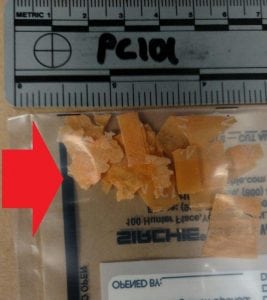 Suboxone found during a search of an inmate (Putnam County Jail)

A cell search turned up a torn piece of Suboxone strip, about the size of a quarter, hidden inside a cigarette pack. A strip search of another inmate revealed two pieces of Suboxone in her bra. A cell search uncovered a sock with two pills identified as Gabapentin, which is used to treat nerve pain. A strip search of an inmate revealed 15 torn pieces of Suboxone and seven Gabapentin pills in a Ziploc bag tucked into her bra. A subsequent search of her cell uncovered three Clonazepam pills, a sedative.

During a search, an officer found an opened peanut M&M bag in a cell with two fingers of a latex glove stuffed with substances suspected to be baker’s yeast (used to make hooch) and tobacco.

An officer thought he observed an inmate in a holding cell remove something from his buttocks and swallow it. (The inmate later became sick.) A search of his cell turned up the finger of a blue rubber glove, paper with powder residue and a piece of clear plastic stained brown. An officer noted: “These items are consistent with methods of smuggling contraband into or out of a correctional facility.”

A pat-down of a 39-year-old suspect during booking revealed $1 and $5 bills inside her bra, each rolled, with powder inside. “When asked what the substances were, inmate replied one of them was cocaine and the other one of them was heroin,” the officer reported.