But county executive says no money for it

A committee of the Putnam County Legislature that focuses on economic development on July 17 passed a resolution supporting – in concept – a business accelerator project proposed for Route 9 in Philipstown.

In a letter to legislators, County Executive MaryEllen Odell supported the initiative but also asked the county’s Economic Development Corporation to seek outside funding.

The EDC proposed the project to the Legislature in June. Vincent Cozzolino, who is a member of the Orange County Industrial Development Agency, said the project would be designed to attract companies that want to scale up. The accelerator building provides an inexpensive office and support from the county. 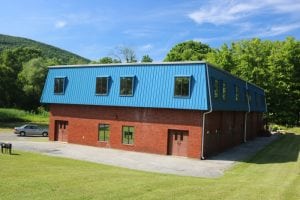 The building at 3691 Route 9 in Philipstown that has been proposed to house a business accelerator project. (File photo by Michael Turton)

The Putnam concept is modeled after an accelerator in Orange County that launched seven years ago and has seven buildings and another three in the works.

The Putnam Accelerator Project would be housed at the 10,000-square-foot Jireh Resources building at 3691 Route 9. It would be divided into six to eight 500-square-foot “production-on-demand” units, with shared break rooms, conference space and administrative support.

According to Cozzolino, the county could get $100,000 from the state Regional Economic Development Council to help retrofit and furnish the space but the funds can’t be used for operating expenses. The EDC wants the county to provide $60,000 for the first year to get the project up and running. 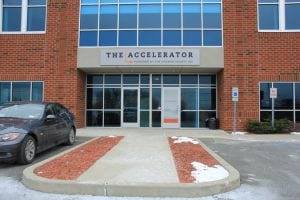 During the July 17 committee meeting, Legislator Barbara Scuccimarra (R-Philipstown) read aloud the letter from Odell in which the county executive said while she supports the concept of the project, there is no funding for it in the 2018 budget.

Scuccimarra said she agreed that it was a great idea and encouraged the EDC to continue to seek outside money.

“I’ve toured the facility, as have several of my fellow legislators,” she said. “It’s the perfect location — it’s an hour and a half from the city, it’s close to Interstate 84, it’s right on Route 9. The corridor is a busy corridor and can certainly handle extra traffic.”

The resolution of support is expected to be considered by the full Legislature during its next meeting, scheduled for Aug. 7.

One thought on “Legislators Like Idea of ‘Business Incubator’ in Philipstown”