Lower-powered radio antennas that wireless companies affix to buildings or poles can fill gaps in broadband coverage and improve speed, but Beacon officials want to make sure they are not installed without oversight.

At its Aug. 6 meeting, the Beacon City Council adopted regulations to dictate where the units can be placed by requiring that permits be issued before they can be installed.

Most applications will go through the Planning Board, but for small cells in more visible locations, companies would need a special-use permit from the City Council. For instance, requests to install units on poles more than 50 feet high, within 20 feet of a home, or with equipment less than 15 feet from the ground would all go to the council, explained City Attorney Nick Ward-Willis during a council meeting on July 30. 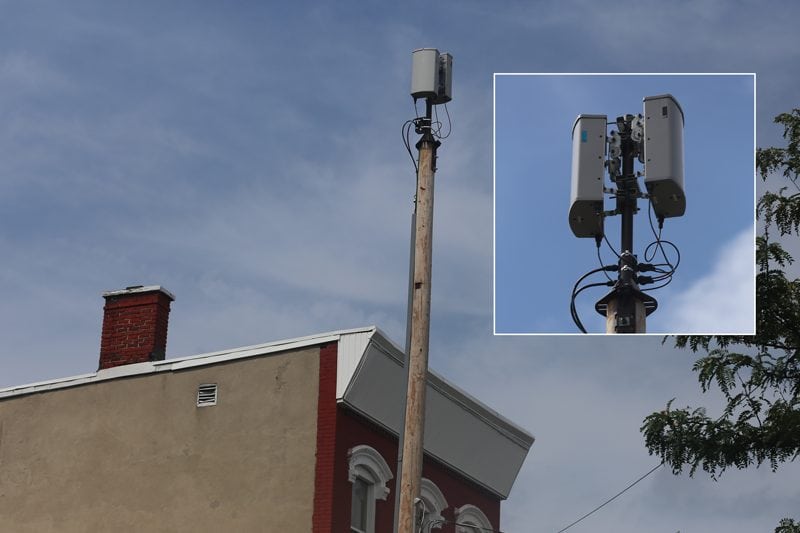 An example of small-cell antennas (Verizon)

Companies can install as many as three small cells on a utility pole unless the Planning Board deems that unsafe or unsightly.

Wireless companies regard the stations as critical infrastructure that will help power the expansion of high-speed, high-capacity 5G networks. The city has received applications from Verizon Wireless to install them on utility poles at 2 Red Flynn Dr. and 7 Cross St., which will go to the Planning Board.

The law also dictates that units can only be placed in the city’s historic district if a company proves that a significant gap in coverage exists. In addition, it requires wireless companies to use “stealth technology designs” everywhere in the city to blend the units with the landscape as much as possible.

Several residents voiced concerns during public hearings that the units will alter scenic views while emitting harmful radio frequencies in highly populated areas. There is no scientific evidence that cell towers increase the risk of cancer, according to the American Cancer Society, and federal law restricts municipalities from regulating the technology based on health concerns.