You’ve heard of Community-Supported Agriculture, or CSAs, where residents purchase a “share” of the crops from a nearby farm, which they pick up each week.

But have you heard of CSBs?

That’s Community-Supported Bread, and Erin Detrick, a baker in Cold Spring, has experimented with the format since moving to the village this past January.

Her bread business has grown — or risen — exponentially since she began selling shares of her wood-fired, handmade, fermented-by-flour loaves. She plans to restart her subscription service in September after a summer break but in the meantime bakes about 110 loaves a week at Sparrowbush Bakery in Hudson that have sold out during the past two Saturdays at her booth at the Cold Spring Farmers’ Market at Boscobel. 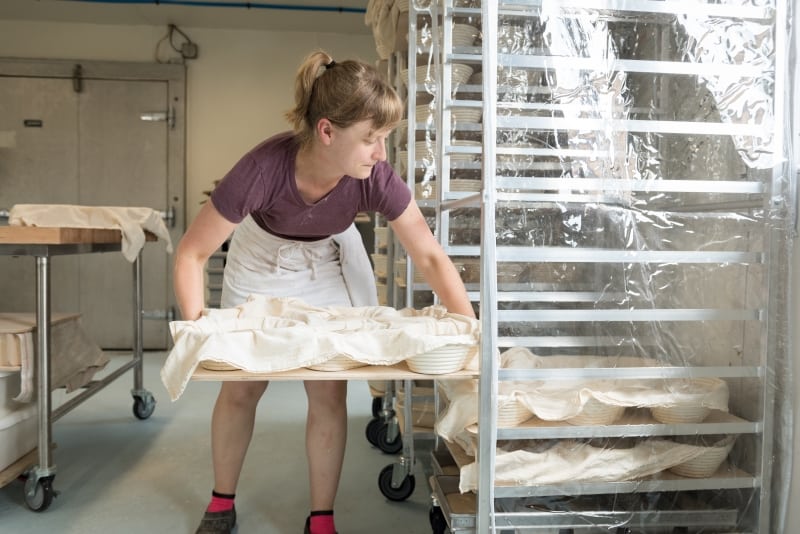 Erin Detrick loads loaves onto a rack for overnight proofing before being baked the next day. (Photo by Kevin Goggin)

Her staples include East Mountain levain, which Detrick describes as a “classic sourdough table loaf,” sesame levain, corn-grits sourdough, and a roster of rotating loaves, among them a spelt and currents, a flax with sunflower seeds and dense rye loaves. Most loaves are $7. Her goal is “a good chew, inside and out, coaxing out the character of the grains.”

Detrick, who grew up in Louisville, said her bread moment came during a ninth-grade science fair project about the effects of different ingredients such as salt, milk and water on the outcome of a loaf. After college, she moved to New York City, where she’d relax on weekends by baking bread.

While working at a nonprofit, she pestered Peter Endriss, the baker for Runner & Stone in Brooklyn, to let her become an intern. “He had changed careers, too, and understood,” she recalls. “I worked full shifts on weekends, for no pay, while working in my other job, fulltime, during the week. I felt so happy walking into that kitchen.” 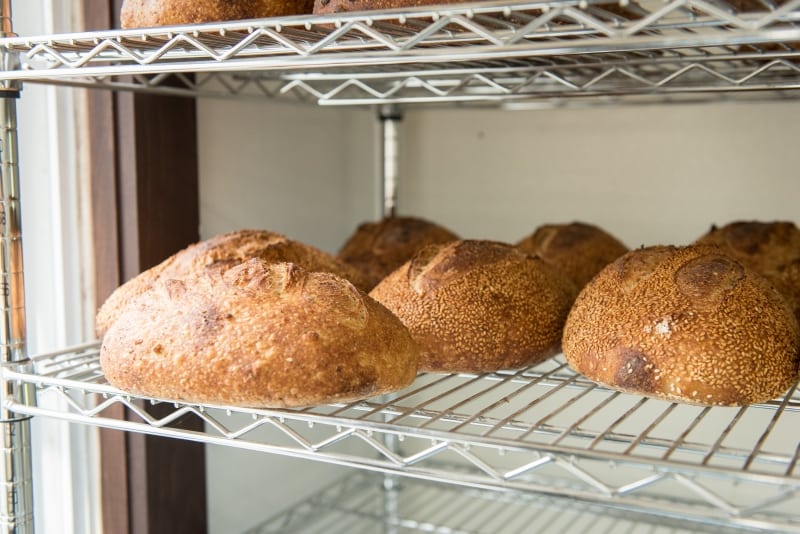 She left her job to work fulltime at the bakery of chef Daniel Boulud’s restaurant group. “I worked harder there than I ever had, failed constantly, and slowly started to learn how to move in a kitchen, how to touch dough, how to shape it, mix it, cut it, bake it,” she says. “I knew I’d found my thing.”

Detrick went on to work for She Wolf Bakery as sous chef for three years before moving out of the city. She and her husband, an attorney, were introduced to Cold Spring because her sister worked at Stonecrop Gardens.

After the move north, Detrick sold bread to neighbors, calling her operation Signal Fire Bread, which she chose “to evoke a sense of place. I was reading about the area and found that Mount Beacon had signal fires to communicate with George Washington about troop advancements. I also liked the idea of a light, a beacon. And all bread is fired, so the name unites bread and the region, and I use it to keep me honest in my work, sourcing my grain carefully, and being a form of positive change.” 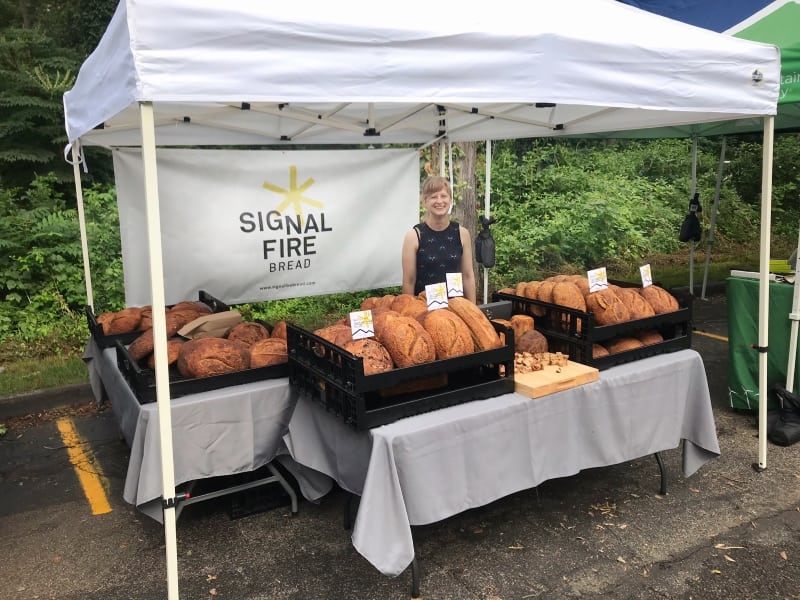 Detrick began her CSB after meeting Liz Rauch, a Garrison bread baker who had been running a service but needed to take a breather after the birth of her second child. “Liz had a whole network of people who were into bread, which she generously shared with me,” Detrick says.

There was so much interest that Detrick, hemmed in by the capacity of her home kitchen, almost immediately had a waitlist and found herself driving to Hudson, where Antoine Guerlain at Sparrowfish had offered her space. Members were guaranteed one loaf a week, with pickups at Marbled Meats and Cold Spring General Store. (See signalfirebread.com.) 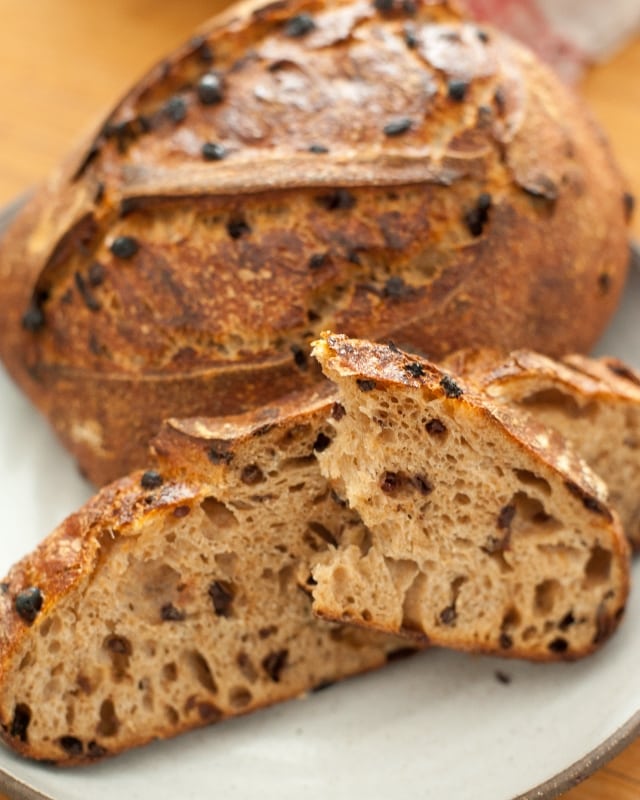 At the Farmers’ Market, she says, customers are excited to talk about how the bread is naturally leavened with sour dough, rather than with factory-manufactured yeast. “They’re curious about the baking process; the wood-fired component, especially, fascinates people,” she says. “Everyone knows about pizza ovens, but it’s rare to work with a retained-heat masonry oven in which you build a fire the day before to let it saturate the masonry.

“The next morning you rake out the coals and clean the oven. At that point you have a really hot oven, ready to bake multiple rounds of bread. It presents logistical challenges and special needs, but it’s a great way to bake — not necessarily the only way to make good bread, but a unique one.”

One thought on “People Are Fired Up About Her Bread”