Marc Molinaro isn’t necessarily known as a “Beacon guy.” Born in Yonkers, the Republican candidate for New York governor rose to prominence in northwest Dutchess County, where his family moved when he was 13.

It was there, in Tivoli, a village of 1,100 residents, that he became the country’s youngest mayor in 1995, at age 19. He had been elected to the village board a year earlier. 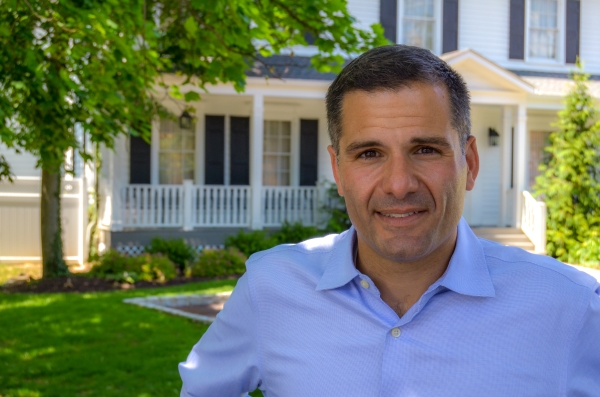 But much of Molinaro’s childhood was spent some 50 miles south, in Beacon, then very much a working class river city, where he grew up poor in a single-parent household. After his parents divorced and Molinaro’s father returned to Yonkers, Molinaro and his mother and two brothers lived on Roundtree Court, in what had been the city’s industrial corridor. It was during those years, he says, that he first learned who he was and where he’d come from.

“Roundtree was a cool place to have a poor childhood,” he recalled during an interview last week. “It was a traditional small neighborhood. The road used to dead-end, and I remember playing cops and robbers and stickball out there.”

Molinaro’s grandparents lived across the street and provided a second home for their grandsons.

While Molinaro attended J.V. Forrestal Elementary School, his mom baby-sat to earn extra money. Food stamps helped put bread on the table and, he says with a laugh, “I thought the electric company called everybody to check on them.”

He describes waiting in social services lines with his mother, and how demoralized she felt. “Because my father didn’t live with us, in some ways I was forced to grow up very quickly. Those years were really formative.” 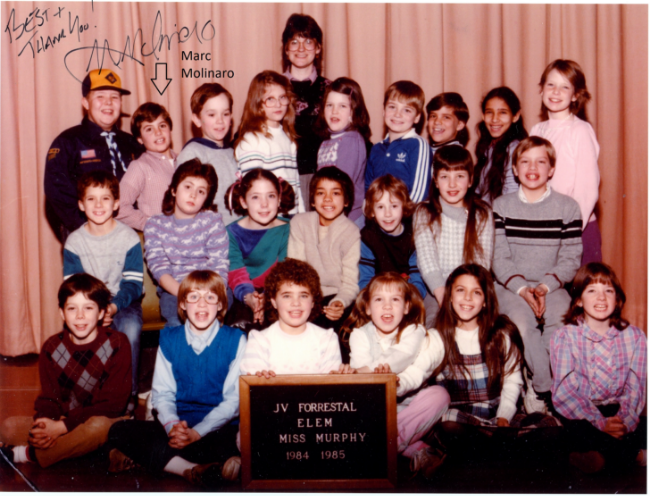 Diane Murphy, the secretary of the Beacon Historical Society, appears with her fourth-grade class at Forrestal in 1984-85. It included Marc Molinaro, the future gubernatorial candidate. (Courtesy BHS)

After his family moved to Tivoli in 1989, Molinaro says he started to become the “government geek” he calls himself today.

In 1992, as a junior in high school, he raised enough money to travel to Washington, D.C., to study in the Presidential Classroom, a weeklong program founded by John F. Kennedy for students interested in history and government. Enamored with public service, Molinaro then interned for Eileen Hickey, a Democrat from Poughkeepsie who represented the 97th District in the state Assembly in 1993 and 1994.

Beacon Mayor Randy Casale met Molinaro in the late 1990s when both served on the county’s Traffic Safety Board.

“He was always enthusiastic and involved,” Casale says. “He was a doer. It’s pretty cool that he started out here. It shows people that if you have a will, there’s a way.”

“He’s not partisan,” says Muhammad, a Democrat. “He will bring you to the table if you have experience and you’re willing to engage.” 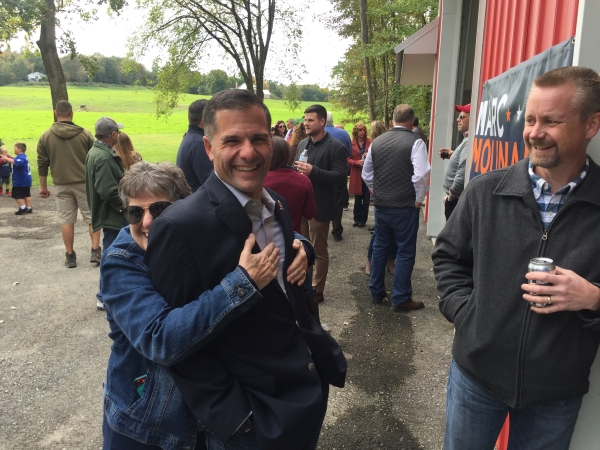 No one from Beacon has ever held New York’s highest office.

Molinaro announced his candidacy for governor in April, but the odds will be against him when voters go to the polls on Nov. 6. There are 6.2 million registered Democrats in the state, versus 2.8 million Republicans. Earlier this month, one poll showed two-term incumbent Andrew Cuomo with a 22-point lead, and the Democrat has raised 40 times as much money as his challenger.

Still, says Molinaro, who turned 43 two weeks ago, he had to run.

“Every time I’ve run for office, I’ve felt it was the thing I was supposed to do,” he explains. “I really felt — on behalf of people who too often don’t get heard — that I needed to do this.”

And while he seems outwardly confident and quick on his feet, Molinaro admits the campaign has been daunting. He also believes the opportunity will never come again, nor should it.

So what is next if he loses? His county executive post will be contested in 2019.

“I intend to win [the governor’s race], and I’m supposed to say that. But if I don’t, I don’t have a Plan B,” he admits. “When this concludes, one way or another, I’ll have to figure out what is next. I hope that it’s serving in the greatest state in the nation.”

One thought on “Gov. Candidate Raised in Beacon”