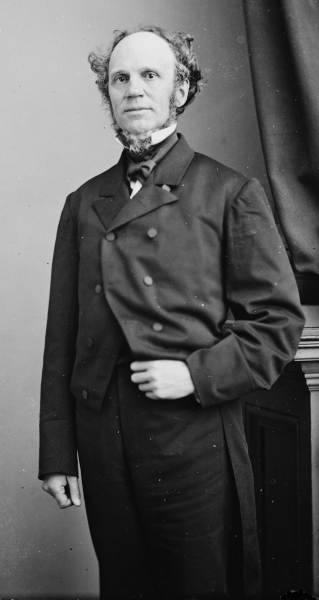 Gov. Horatio Seymour of New York, who ran against Ulysses S. Grant for the presidency in 1868

A group of about 50 “boys in blue” (supporters of Ulysses S. Grant, the 1868 Republican candidate for president) traveled through Cold Spring from Nelsonville on the way to Newburgh, “howling and insulting” passersby and expressing what the Cold Spring Recorder judged to be “disgraceful political arguments.” They allegedly damaged a banner supporting the Democratic candidate, Gov. Horatio Seymour of New York. As the group passed Kemble Avenue, someone threw a rock that struck James Secor, and opposite Mrs. Hyde’s, another stone went through an open train window and hit E.P. Dykeman. The paper said Dykeman carried the stone to Newburgh “as an evidence of the way the president of the United States is to be elected.”

Charles Warren, who was filling in on the milk route for Mr. Dykman, had a scare on Pear Tree Hill when a sudden snap of a Democratic banner startled his horse.

A curious tree opposite the home of Thomas Hustis began as two that joined together at a height of about 6 feet.

Jason Dore, the father of five, died after falling from a chestnut tree in Kemble’s Woods.

Epenetus Nichols of Nelsonville grew a pumpkin that measured 6 feet around and weighed 102 pounds.

Richard Woodit and Harry Brown of Garrison raced three, 100-yard heats to determine who was the fastest man in Garrison. Woodit won each of the first two races in just over 10 seconds, outracing Brown by 3 feet each time.

David Burnside Jenkins resigned as porter at the Garrison Hotel so he could go to the World’s Fair in Chicago.

The public was invited to the quarterly meeting at the Presbyterian Church of the Local Union of the Christian Endeavor Societies of the Towns of Fishkill and Philipstown.

A new law required town constables to wear a badge.

Four prisoners escaped from the county jail in Carmel, including James Hall, 18, and Floyd Barrett, 24, of Nelsonville, who had been accused of breaking into Gen. Butterfield’s residence and stealing spoons and pictures. The men sawed through and removed one of the bars in a window.

A reader noted he had counted 11 cars being driven for pleasure on a Sunday in the village, despite a war-time order to conserve gasoline. After counting five cars, he said, he overheard a boy tell a friend, “I guess these guys think they are bigger than the United States.”

The Haldane, Garrison and Loretto schools closed due to an epidemic of influenza. The village Board of Health also ordered that church services be limited to 30 minutes.

Pvt. Garry Vandermark of Garrison wrote from the front in France: “In some places we found women chained to machine guns, so they either had to shoot or get killed. The skirts didn’t keep them from death. … There were a group of [German soldiers] dressed up in French uniforms with a Red Cross badge on their arms; when they got near us they yelled ‘Kamerad’ with both hands up and started dropping grenades at our feet.”

Maj. Clarence Fahnestock, 44, a prominent New York doctor, died of pneumonia at a hospital in France, where he was treating soldiers with influenza. Before the war, he had purchased large tracts of land in Putnam County, including a 6,000-acre estate called Clear Lake. [In 1929, his brother donated 2,400 acres to create the Clarence Fahnestock Memorial State Park.]

George Seymour, the Independent Party candidate for Philipstown supervisor, called the state police to investigate a plot, supposedly ordered by Gov. Thomas Dewey, to shoot out Central Hudson fuses to prevent anyone from hearing a radio broadcast in which Seymour outlined his views.

Mr. and Mrs. Daniel McCarthy of High Street celebrated their 50th wedding anniversary. They were married at the old St. Mary’s church on the rocks [now Chapel Restoration]. Mr. McCarthy worked for the electric shops of the New York Central Railroad at Croton Harmon and also managed McCarthy’s filling station for his son at the corner of Main Street and Morris Avenue.

Peekskill Military Academy defeated Haldane, 7-0, before 300 football fans. The Recorder noted that “the Westchester County team outweighed the locals by at least 25 pounds per man.”

A 16-year-old Beacon teenager was charged with providing the barbituates that left a 14-year-old girl lying unconscious on Main Street in Cold Spring.

The Tuberculosis and Respiratory Disease Association of Westchester and Putnam offered free chest X-rays at a mobile unit parked at the Grand Union shopping center.

More than 100 residents showed up at a Philipstown Town Board meeting to protest tax increases for the Nelsonville and Cold Spring fire districts.

The Hand to Mouth Players presented Kurt Vonnegut Jr.’s Welcome to the Monkey House at the Depot Theatre in Garrison. 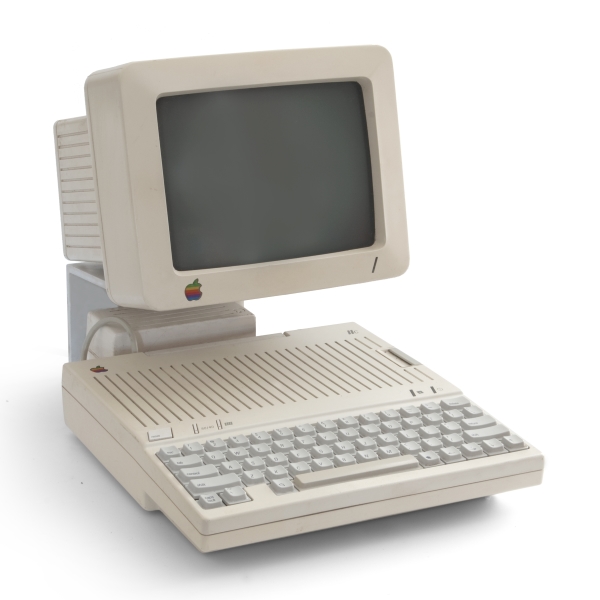 In 1993 the Garrison School upgraded its computers from the Apple IIc.

The Continental Village Property Owners Association met to discuss how to oppose an 18.7 percent tax increase for every Philipstown household in the Lakeland School District. They also discussed properties seized by the town for delinquent taxes, 74 of 78 of which were in Continental Village.

Two men were arrested for dumping household garbage in receptacles at Morris Avenue and West Street. They were identified through letters found in the trash.

The Garrison School received a $10,000 state grant to upgrade its Apple IIe and IIc computers to Macintoshes or IBM machines.