Legislator Barbara Scuccimarra, who represents Philipstown on the Putnam County Legislature, thanked her colleagues, county workers and constituents during her last formal meeting on Tuesday (Dec. 4) at the Historic Courthouse in Carmel.

The Republican sought a third, three-year term but was defeated by Nancy Montgomery, a Democratic member of the Philipstown Town Board, in the November election. 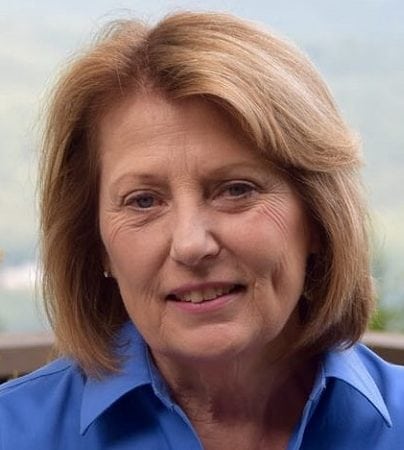 “It has been a pleasure to be among this group of legislators,” Scuccimarra said. “I know we didn’t always agree — even tonight — and have had some very lively discussions, to say the least, but I thank you for your kindness, support and friendship.”

Scuccimarra chaired the Health Committee for the past four years, during which time she championed several initiatives, including reducing plastic pollution, addressing the health of honeybees and passing legislation to raise the minimum age to purchase tobacco from 18 to 21.

Her most notable project was the county senior center that will open at the former Butterfield Hospital site in Cold Spring.

“This center would not have been possible without the strong support and dedication of the seniors,” she said. “Although we had no help from either the town or village board in Philipstown — in fact, we had resistance — we still managed to see the project over the finish line.”

A ribbon-cutting has been scheduled for Dec. 18.

“I do believe my success over the past six years is due in part to the cooperation I received from all the department heads and their staff, always working as a team for Putnam,” she said. “To my constituents: It was my extreme pleasure to be your legislator. I do believe I made a difference. Although the election didn’t turn out the way I had hoped, I will always be grateful for the opportunity to serve my community.”

“Barbara has been a fine legislator,” she said. “I know that Barbara will continue in some shape or form to dedicating herself to the people of Putnam County and to the people of Philipstown and her district, because that’s the way Barbara is wired.”

Freshman Legislator Amy Sayegh of Mahopac added that she “couldn’t have asked for a better mentor on the Health Committee.”