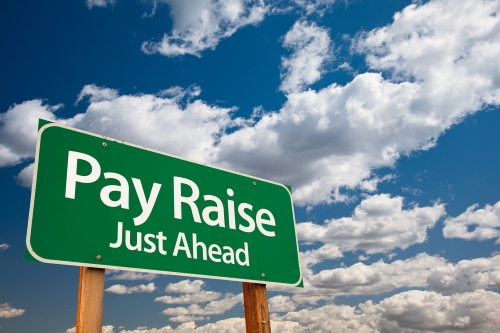 There are 213 men and women who serve in the state Senate and Assembly in Albany. The senators, such as Sue Serino, whose district includes the Highlands, and the members of the Assembly, such as Sandy Galef and Jonathan Jacobson, whose districts include Philipstown and Beacon, respectively, each earn $79,500 annually. Those who live outside the Albany area also receive travel stipends, which have ranged for Galef from $8,500 to $13,000 annually since 2013. Serino has not claimed reimbursements and Jacobson only took office last month.

Unless a special session is called and the raises are voted down by Dec. 31, they will happen automatically, based on recommendations by a Compensation Committee created to determine how much state officials should earn. Specifically, legislators will make $110,000 annually next year, $120,000 in 2020 and $130,000 in 2021. That will make them the highest paid state legislators in the nation, although if you calculate what $79,500 in 1999 would be worth today accounting for inflation, it’s about … $120,000.

There are caveats. Most legislators will no longer receive stipends of $9,000 to $41,500 annually if they hold a leadership post or chair a committee. Also, starting in 2020, outside income will be limited to 15 percent of the public salary.

Serino issued a statement about the raises, and we asked Galef and Jacobson for their thoughts. Jacobson did not respond by our deadline.

“It has been 20 years since there was any raise for state elected officials or state commissioners. Judges received raises a number of years ago. The plan presented by the commission recognizes the cost of living over these 20 years and the fact that these are basically full-time positions. I am generally supportive of the proposal but have not yet seen the final report.”

“For years I have refused to accept taxpayer-funded travel reimbursements, and I have vehemently opposed a pay raise for Albany lawmakers. With residents across the state still struggling to make ends meet, and with legislative proposals looming in Albany that could drastically increase taxes, now is absolutely not the right time to give raises to politicians. What’s worse, this process completely circumvented the voices of New Yorkers by bypassing the Legislature and the very people elected to represent them.

“I believe this proposal put forth by the pay commission creates a situation that will absolutely encourage lawmakers to become career politicians. For me, this job has always been about the people, not about the paycheck, and I will continue to put the needs of those I represent above all else. I urge the new leadership in Albany to find a way to bring this proposal to a vote before the Legislature so that New Yorkers get a real say in the process.”