A man named Scotty, lying drunk on Main Street, was tormented by Cold Spring boys who put him in an iron hoop and pushed him down as fast as he attempted to rise. The Cold Spring Recorder said: “We are decided in the opinion that a drunken man has the same civil rights as when sober.” 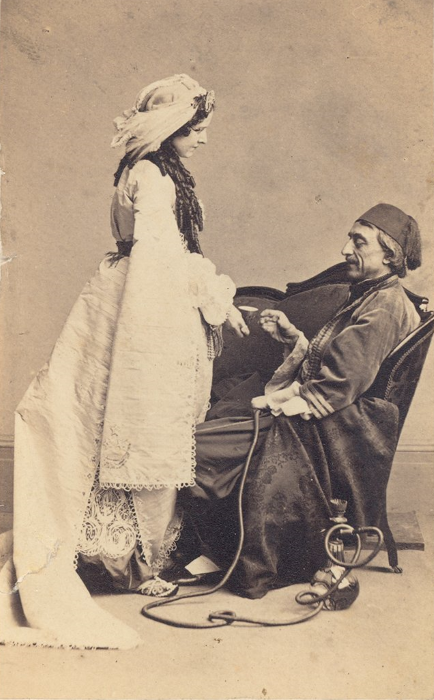 Hatchik Oscanyan, who was booked in 1868 to speak in Cold Spring, promoted his lectures on “life in Turkey” with cards such as this one.

Jacob Denney’s leg was amputated after it was crushed by ore cars at the Sunk Mine.

A signal from the engine of the 11:38 a.m. train spooked a team pulling N.P. Rogers and Mary Kipp in a sleigh. After throwing the driver and passenger, the horses turned up Main Street until stopping at the blacksmith shop of William Woods after the axle snapped.

The Cold Spring Board of Trustees ordered the enforcement of a law against people sliding downhill on Main Street or on the sidewalks of the village, in any sleigh, sled, board or plank, under threat of a $1 fine.

A group of residents calling themselves the Cold Spring Lecture Association met to organize a series of talks over the winter months. The first, in January, will be by Hatchik “Christopher” Oscanyan, an expert in the manners and customs of the modern Turk and author of the 1857 bestseller, The Sultan and His People.

The Recorder reported that a source had told its editor that Fishkill has been paying for train tickets to send its paupers to Cold Spring.

Burglars stole 100 pounds of white lead overnight from the paint shop of Thomas Best and 2,600 clams from Flaglar’s fish store.

The burning of the undergrowth at the marsh south of Constitution Island caused such a large blaze that residents of Newburgh and Fishkill believed Cold Spring was on fire.

The Recorder reported that “a goodly number of our young men are addicted to the habit of playing poker… It is to be regretted, as it often leads young people to various evils in life.”

The Haldane Debating Club defeated a “scrub” team captained by James Kennedy, 6-4, in a game of football at the Foundry field.

J.A. Tait, formerly of Cold Spring, has started a messenger service between Poughkeepsie and Brooklyn.

Charles Hustis of North Highlands died on the family farm, which has been owned by the family for 173 years, since 1715, when it was part of the Phillipse Patent and known as the Water Tract.

The Highland Grange Dairy secured the contract to supply West Point with milk.

William Ladue finished the shelves at the new Osborn Free Library, which is now open from 4:30 to 9:30 p.m. daily.

The new settlement on Cat Rock Road near Garrison is known as Forsonville. 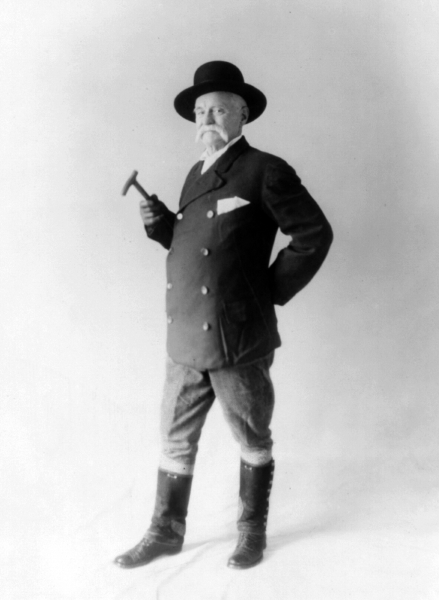 Edward Payson Weston, one of the world’s greatest pedestrians, passed through Nelsonville in 1893 on his way to Albany. He is shown here in 1909. (LOC)

A warrant was issued for Seymour Barton, of Nelsonville, on a complaint by his wife of desertion. It is said Barton left his family to join the Adventists at Middletown, who held services in a tent in Nelsonville this past summer.

F.A. Hoyt was walking on the tracks near Garrison when he was surprised by a train coming around a curve. He saw the engineering motioning to him, but instead of stepping off, Hoyt lay on the track as the two cars passed over him, brushing his coat on either side.

Professor Berk presented his illustrated lecture, “A Trip to Hawaii,” at the Town Hall on Christmas Day.

Edward Payson Weston, 54, passed through Nelsonville during a jaunt from New York to Albany. Thirty years earlier he had walked from Boston to Washington, D.C., and written a book called The Pedestrian. In 1867 he walked 1,200 miles from Portland, Maine, to Chicago, and in 1871 he walked backward for 200 miles.

At 3 p.m. on Christmas Day the temperature was 66 degrees. A lilac bush in the yard of C.J. Baxter was seen in full bud.

Arrangements are being made for an addition to St. Philip’s Church in Garrison sufficient for the organ and choir.

Nearly three months after being wounded in France during the Battle of Argonne Forest, Sgt. George A. Casey died of his wounds. [The American Legion post in Cold Spring was named for him.] A memorial service was held at Loretto Hall.

A letter arrived from Pvt. Harry Ireland, who wrote his father from the front in France: “We did nearly all our advancing at night. The Germans were always shelling the roads, and it was a hard thing to travel under shell fire with horses. If we were walking along and they started to fire at us, we could lay along the bank of the road and wait awhile, but when we had our horses we had to keep going. They used to get a lot of men and horses on that road.”

At noon on Christmas Day, the Red Cross served dinner to soldiers at Garrison, Indian Brook and Sprout Brook and to the marines stationed in that neighborhood. Each guest received a pound of candy, tobacco, cigarettes, cigars, a sweater and a pair of woolen socks.

The Lombardo and Ramond families of Nelsonville lost their home five days before Christmas in a fire that apparently began in holiday decorations. They were renters on the first and second floor of the Alhambra house at the corner of Main and Division streets.

Joseph Rist Jr. retired after 28 years as the postal carrier in Garrison.

After 25 years in business, Mom and Dan Domanello sold Mom’s Restaurant on Route 9D in Garrison to Mr. Kelch, who plans to open an antique shop. Mom and Dan now reside in Fort Pierce, Florida.

Central Hudson completed the sale of its 670-acre Breakneck Mountain property to the State of New York to include in the new Hudson Highlands State Park between Beacon and Cold Spring.

The 300-seat Hudson Theater on Main Street was sold and renamed The Bijou. It will show second-run films.

The Continental Village Republican Club collected more than 700 signatures on a petition calling on Congress to do more to free the 83 men from a U.S. Navy ship, the USS Pueblo, that had been captured in January by North Korea. The club also raised $50 for the Committee for Responsible Patriotism.

The Cold Spring tree-lighting was a success, with electrical work by Tony Ricci, tree hook-up by Mackey Budney and Chuck Smith, staging and lighting by Ed Rendon and Tom Rolston, caroling by the Boy and Girl Scouts, and acting by Ed Toppel and Mary Ann Fullam.

Representatives from Scenic Hudson and Hudson River Sloop Clearwater joined Rep. Hamilton Fish Jr. and residents at a public meeting in Poughkeepsie held by the state Department of Environmental Conservation and General Electric. The meeting was designed to explain what could be done to stop the ongoing flow of PCBs into the upper Hudson River from two GE factories. 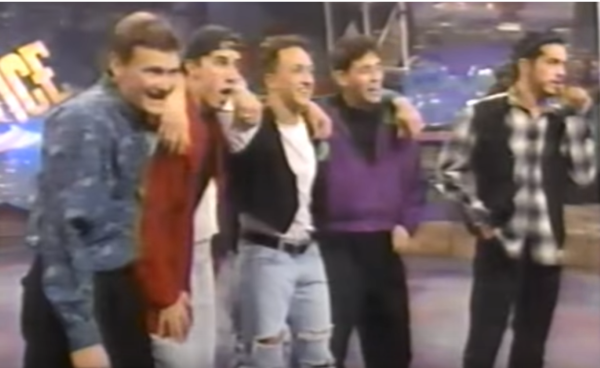 Four of the five members of NuNu Kids, along with the host (right), after their 1993 performance on MTV’s Lip Service of “The Right Stuff,” by New Kids on the Block

Danny Schmitt, a 1992 Haldane graduate, and four of his classmates at the University of Richmond won a four-day ski trip after winning an episode of the MTV lip-syncing show, “Lip Service.”

At a meeting of the Philipstown Town Board, Betty Budney reported that the toxic-waste collection by the North Highland Fire Co. had been a success, with the collection of 136 55-gallon drums.

At the same meeting, the board discussed Putnam County’s gift of 76 parcels in Continental Village to the town. The parcels had been on the auction block for unpaid taxes.

George Cleantis, chairman of Continental Village’s Fair Share Assessment Committee, announced that the group had asked the state Equalization Board for a special rate to be applied to the Philipstown segment of the Lakeland School District. The committee said the Lakeland/Philipstown community was over-assessed by about 35 percent.

The Cold Spring police began enforcing the two-hour limit on parking on Main Street after complaints from merchants that customers could not find spaces. It was estimated that about 70 people from Beacon parked their cars each morning on Main before commuting to the city because they believed it was safer.