On Feb. 16, the Southern Dutchess Coalition announced the winners of its sixth annual Martin Luther King Jr. essay contest for Beacon students. Below are excerpts from each of the entries. The announcement and a parade to honor King were postponed from the Jan. 21 holiday due to weather. For a gallery of photos, see below. 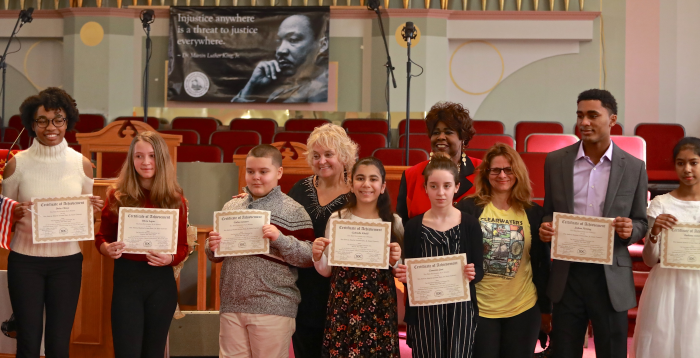 Dr. King’s “I Have a Dream” speech was the greatest demonstration for freedom in the U.S. He led a campaign against discrimination to make a stand for all the people thought of as inferior. The sheer act of courage and determination influenced the lives of so many people and without his words the history of our nation would not be the same. It is our duty as Americans to come together in harmony and work to a greater goal, one in which everyone can live happily like what Dr. King envisioned.

Have you ever been left out because of how you look? Have you ever done this to someone else? Martin Luther King Jr.’s speech had many powerful and inspiring quotes and words. Some of his quotes were: “Hate can’t drive out hate, only love can do that.” “Faith is taking the first step even when you don’t see the full staircase.” All of these quotes mean the same thing: to always stand up for your beliefs and be kind to everyone. It also means that you can’t judge someone by how they look, but you can judge their actions.

Martin Luther King Jr. was a great man. He was a civil rights activist from the mid-1950s to 1968. He said, “All men should be guaranteed the inalienable equal rights of life and liberty.” I’ll tell you what this means to me right from the heart. This powerful and motivating quote will apply to my life greatly. When I walk through the street, I won’t be rude to people who look different. Dr. King said: “I have decided to stick with love. Hate is too great a burden to bear.” I shall stick with love as well, for how may I accept myself for hating others? If I decided to judge somebody by looking different, it would be a bad thing to do. Dr. King said these wise words that are most definitely true: “We must learn to live together as brothers or perish together as fools.” Dr. King will always be remembered as a civil rights leader who paved the way for equality for everyone.

Do you discriminate against people for being different? If so, would you like it if you got a taste of your own medicine? So if you do any of these things, you need to stop. Ask yourself this: “Is what I’m doing OK?” 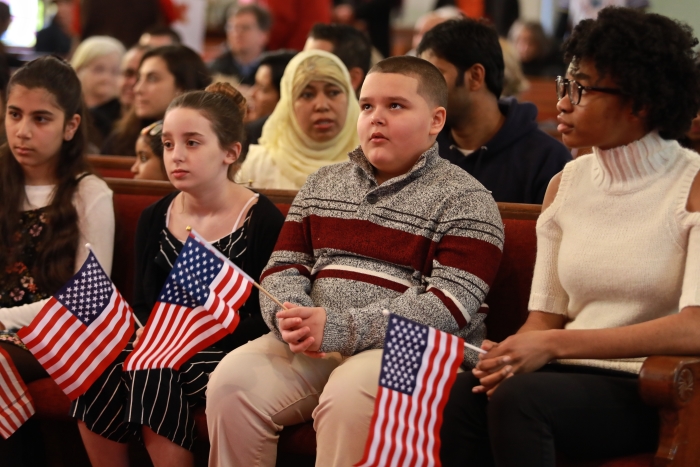 Dr. King taught in such a way that it was like a spectrum. On one side is fear, and the other is love. Somewhere in the middle is respect. Mahatma Gandhi said, “You must be the change you wish to see in the world.”

King watched the nation around him attempt to diminish the humanity of his black community, employing everything from the repressive Jim Crow laws to physical violence and horrific lynchings.

Early in the 21st century, a teenaged girl from New York sees a world unfolding that is inlaid with violence and hatred along with the potential for peace and beauty.

I, the girl, who has only just begun to dig, view Dr. King’s words as a mouth for the glimmering river of hope that is all colors and vibrancy without taglines, shortcuts or misinterpretations.

I believe that Americans must undertake in the spirit of our revolutionaries. One for the entitlement of students to be able to enter their schools without the fear of their lives being taken in an English classroom, two for the rights of children to enjoy their innocent freedom from the clutches of those who would exploit and abuse them, and three for the liberty of African-American citizens to be free of the fear of becoming the next Philando Castile, Johnathan Edwards, Alton Sterling, Walter Scott, Michael Brown, Eric Garner or Trayvon Martin.