And how legislators voted

Beginning in August, family members, school administrators and police officers will be able to ask a judge to rule that people suffering from severe mental health problems may be an “extreme risk” to themselves or others and ban them from buying or possessing a firearm, rifle or shotgun for up to six days until a hearing can be held. In the meantime, police would confiscate any of the person’s weapons. At the hearing, a judge could extend the ban to up to a year, after which it could be renewed. The National Rifle Association opposed this “red flag” law, arguing it violates a person’s right to due process because his or her guns are taken. 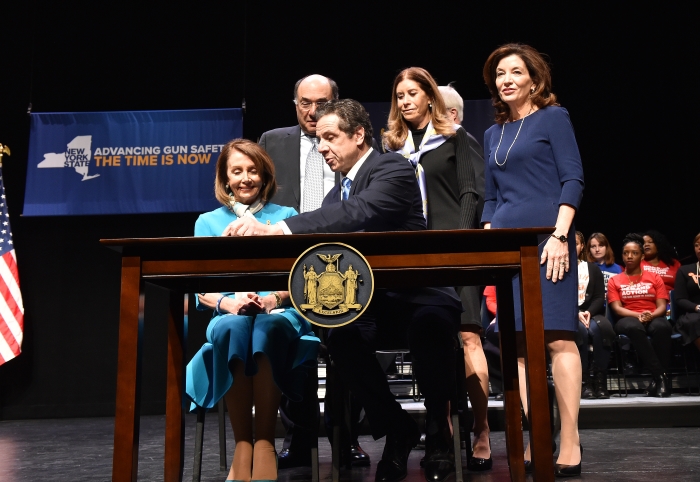 The Child Victims Act, a measure that had been opposed by the Catholic Church and voted down twice in the Republican-controlled Senate, this time passed 63-0. The law changes the statute of limitations for prosecuting allegations of felony child sexual abuse to the day the victim turns 28 years old (from 23). It also allows civil suits to be filed by victims against individuals and institutions until the person turns 55 (up from 23) and adds a one-year window during which victims of any age who have not been able to sue because of previous statutes can go to court. The church dropped its opposition to the proposal after the language was changed to make it as easy to take public institutions such as schools to court as it would have been to sue private organizations such as the church.

In January, Cuomo signed a law that moved local and state primaries from September to June so they are held on the same day as the federal primary. However, this gave candidates much less time to gather signatures for nominating petitions; the due date is now April 4. So with this law, the Legislature cut the number of signatures required for local and state ballots in 2019 by 25 percent.

At the same time, the Legislature reduced the number of nominating signatures required for candidates for ward, town, city or county party committees to 3 percent of enrolled voters in the party. This law will expire Dec. 31, 2020.

One thought on “New State Laws”