Dutchess County has lost 58 farms and 9 percent of its growing land since 2012 while Putnam has added 17 farms and 21 percent more acreage, according to the latest census compiled by the U.S. Department of Agriculture.

However, in both counties, agricultural sales fell. In Putnam, the drop was 22 percent, according to the USDA data, which was released on April 11.

The agency based its numbers on surveys sent to 3 million farmers and ranchers. The federal government has collected information on agriculture since 1840 and since 1920 has conducted the census every four or five years.

Among the latest findings:

♦ There are about 2 million farms and ranches in the U.S, a decrease of 3 percent from 2012. The largest drop was in middle-sized farms; the average farm is 441 acres, up 1.6 percent.

♦ The number of dairy farms in the state fell by 14 percent but the number of farms growing vegetables and fruit remained constant.

♦ The number of farms in the country with renewable-energy systems more than doubled, to 133,176.

♦ About 90 percent of farms and ranches in the state and country are family owned. In Dutchess, it’s 93 percent and in Putnam, 89 percent.

♦ The average tenure of a Dutchess farmer is 21 years, and in Putnam, 26 years.

♦ The number of female farmers in the country increased by 27 percent, to 1.23 million. Dutchess has 351 farms where a woman is a principal decision-maker (e.g., what to plant, marketing, harvesting) and Putnam has 58. 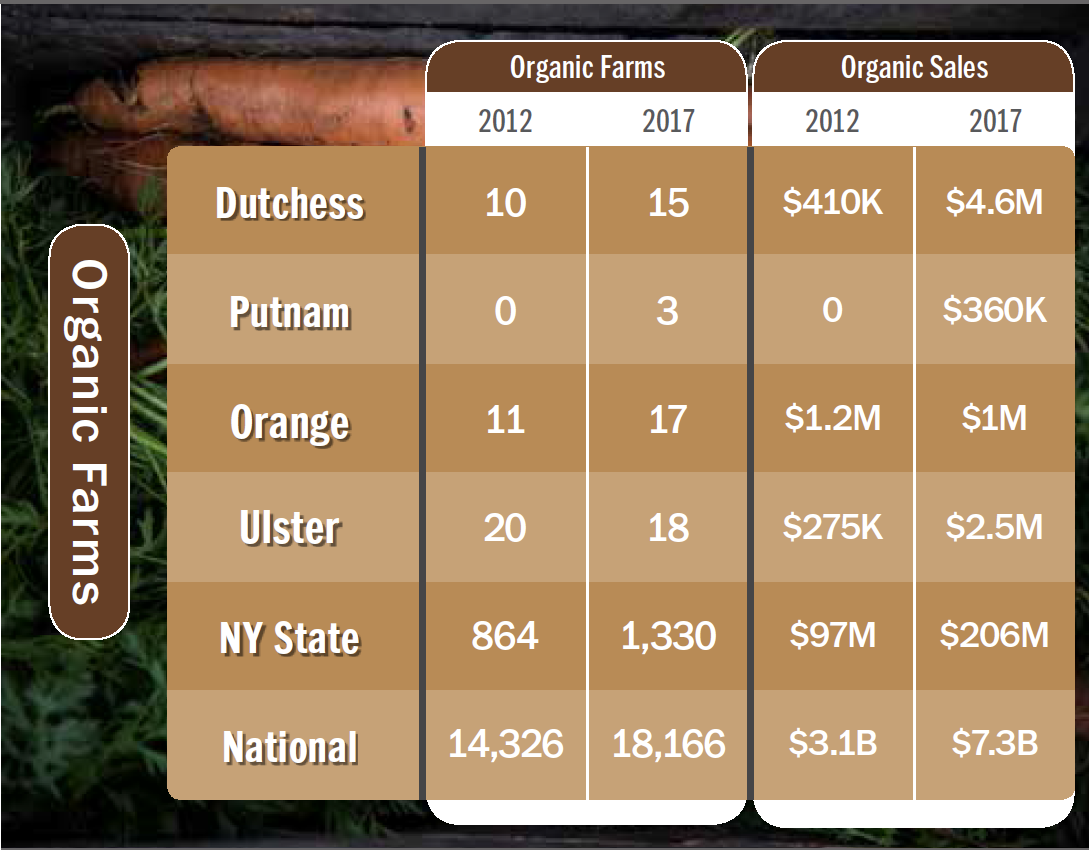 ♦ Eleven percent of farmers have served in the military. Dutchess has 73 farms where a veteran is a decision-maker, and Putnam has 17.

♦ The average age of farmers continues to rise; in Dutchess it is 57 years, and in Putnam, 61. Dutchess has 72 farms where a decision-maker is age 35 or younger; Putnam didn’t report any. 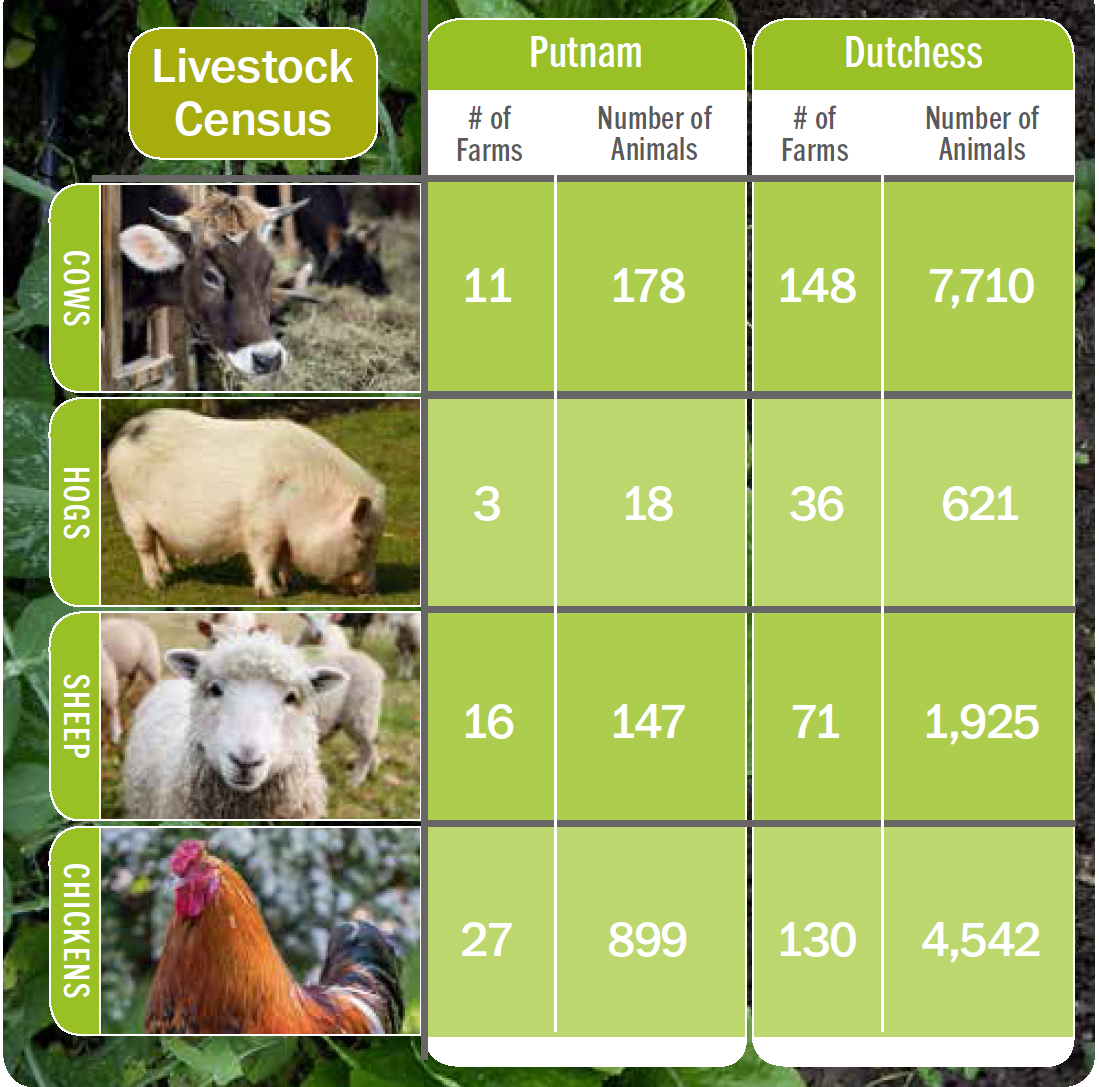 ♦ Dutchess farmers received a total of $242,000 in federal subsidies in 2017. Putnam’s total was not reported.

♦ Organic farming continues to grow. The number of farms in Dutchess producing organic products jumped from 10 to 15, and sales rose about 10 times, from $410,000 annually to $4.5 million. In Putnam, the three farms that began selling organic since 2012 have total annual sales of $360,000.

For more, see our series A Growing Challenge: Farms and Food in the Hudson Valley. 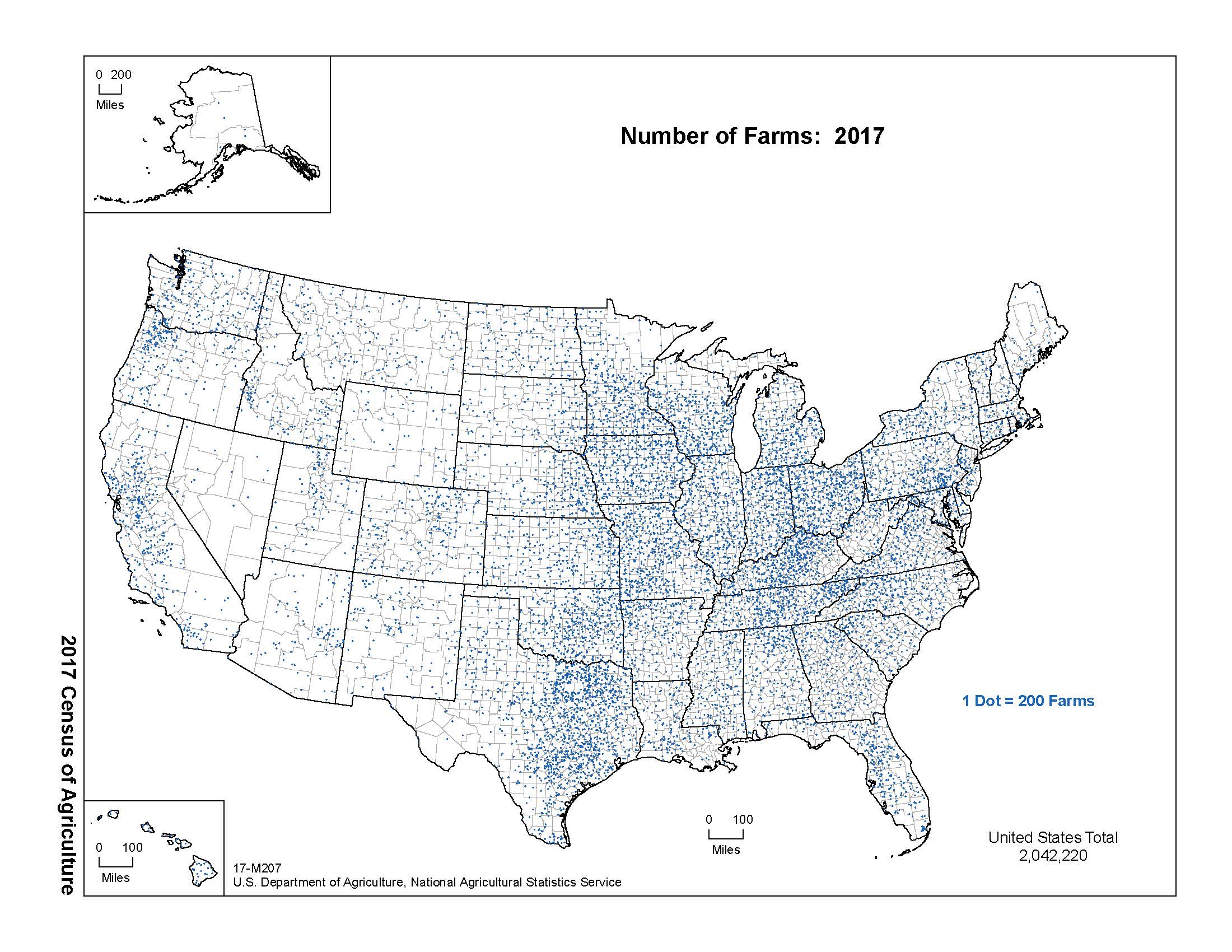