Joe Hasbrouck is 74. He has been a farmer in the Hudson Valley for his entire life, the fifth generation of his family to work the land. And he’s always been concerned about the disconnect between people who eat (i.e., everyone) and the people who produce what we eat.

“People are so far from farms they think their food comes from the grocery store,” he says.

That view is backed up by surveys, including one by the U.S. Farmers & Ranchers Alliance. It commissioned two surveys, actually: one of 1,002 farmers and ranchers and another of 2,417 consumers. It found that 72 percent of the latter admitted they knew little about how food ended up on their dinner table outside of the fact it came from a supermarket. At the same time, 86 percent of the farmers and ranchers said they felt consumers know little about what happens on farms.

The disconnect extends to our view of how food should be grown. While nearly 80 percent of the consumers in the survey said they wanted healthy choices at the grocery, 64 percent said they want food to be cheap. You can’t always have both.

Hasbrouck believes “nothing will change until people are educated about how important farming is.” 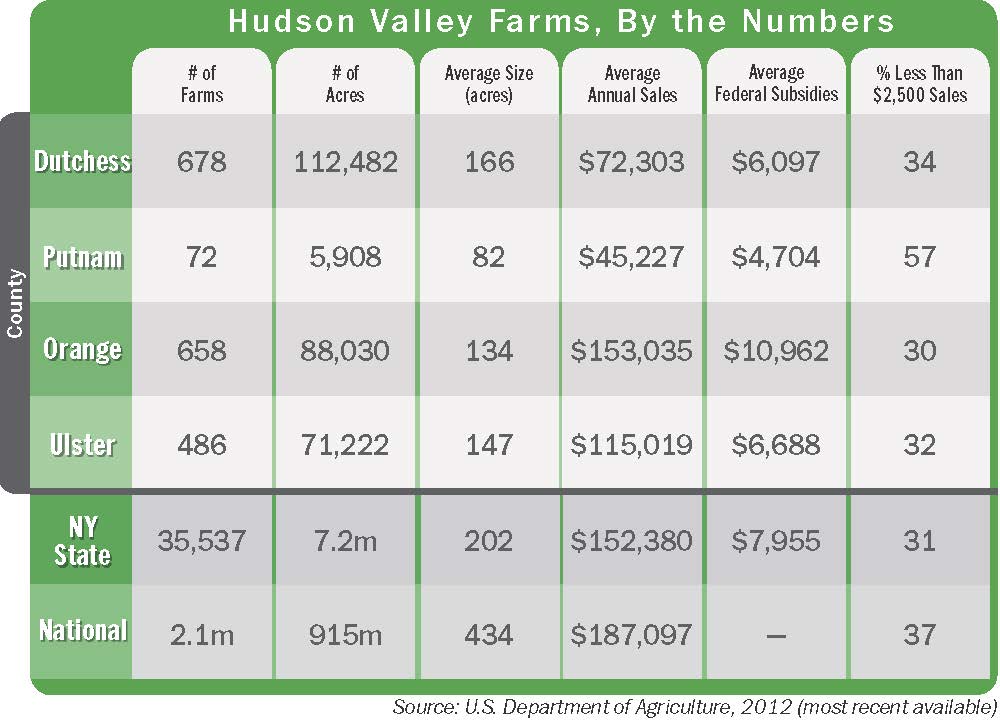 We hope to contribute to that understanding with this three-part series, which will examine what makes the Hudson Valley such a great place to farm (fertile soil, ample water) but also outline the many concerns facing our farmers, including the loss of farmland to development, the “aging out” of producers and field workers with no one to replace them (Hasbrouck has no heir for his 330 acres), the toll of climate change and the effects of federal policies such as crop subsidies, among other topics.

As we did with our series on the opioid abuse crisis and the effect of climate change on the Highlands, we assigned a team of reporters and photographers to the task. They were led by Cheetah Haysom, a longtime journalist and author of Pride and Produce, an exploration of the fertile black-dirt region of Orange County.

Among our many sources was Bob Dandrew, founder and director of the Local Economies Project, which is working to build a resilient food system in the Hudson Valley. With so many threats facing farms here over the next few decades, he says, “everyone should be thinking about where they will get their food.”

No One Left to Farm
What happens when the children move on?
By Cheetah Haysom