Producer broadcasts programs around the world from Route 9

In a small studio in a blue building on Route 9 in Philipstown, Juan Carlos Salcedo broadcasts to the world.

Salcedo is the producer and host of the Spanish-language news and commentary programs La Verdad Internacional and Punto Vida, which are beamed via satellite to Bolivia, Chile, Argentina, Peru, Ecuador, Paraguay, Colombia and Spain. The stories reach the rest of Europe via a program called Aqui Latinos (Latinos Here).

“We go deeper than the headlines,” Salcedo says. “Our slogan is ‘We look at the DNA of the news.’ ” 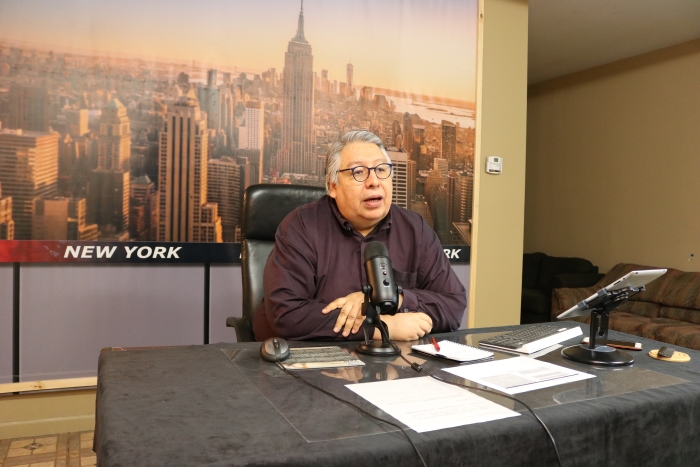 Episodes of both shows are also posted on YouTube, and Salcedo brokered a deal with Optimum to show them on the local cable access channel in Putnam, Dutchess and Orange counties. “I wasn’t seeing anything on Spanish-language television locally other than soap operas,” he said.

Locals do watch, he says. “It’s not uncommon for me to go into a deli and have someone say, ‘Hey, aren’t you that guy on TV?’ ”

La Verdad Internacional (roughly, The Truth International) and Punto Vida (Life Points) are produced by the Xtotv Enlace-Siscriscom network in La Paz, Bolivia. As a field producer, Salcedo works from his desk in Philipstown, assisting his South American counterparts in real time. (Although it is 4,000 miles from the Highlands, La Paz is in the same time zone.) The audio from both shows is also broadcast as radio content.

Much of Salcedo’s work is done behind the scenes, but at least twice a month he hosts and conducts interviews for La Verdad Internacional.

He got his start in media at age 15, writing radio scripts in his native Bolivia. Salcedo also worked in television production in the 1990s and early 2000s. “This is my first time in front of the camera,” he says. “I don’t wear makeup, but I keep a comb close by!”

Since setting up his Route 9 studio in 2017, Salcedo has interviewed a number of important global news figures via satellite. Guests are shown with Salcedo on a split screen. His stories have included the NASA mission that discovered water on Mars; the arrest of Julian Assange of WikiLeaks; the Brexit controversy in the U.K.; the influence of Google and Facebook; the marijuana industry; and immigration.

“I find common ground in the issues we cover,” Salcedo said. “This week it’s a professor in public relations talking about how Boeing reacted to the problems with their 757 Max 8; people fly that plane worldwide.” 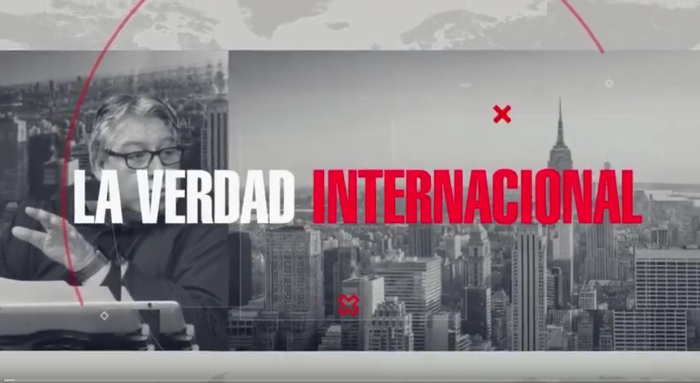 The opening of “La Verdad Internacional”

Next week Salcedo has arranged to interview two reporters and the deputy mayor of Christchurch about the recent killings at two mosques there and public attitudes in New Zealand toward guns. (If a guest doesn’t speak Spanish, Salcedo conducts the interview in English and it is dubbed over with a translation.)

He says his most compelling interview was with Mohamedou Ould Slahi, a Mauritanian held in the Guantanamo Bay detention camp in Cuba without charge for 14 years until his release in 2016. Salcedo says his was the first Spanish-language interview with Slahi after the former prisoner, who wrote a memoir while imprisoned, appeared on 60 Minutes in 2017.

Salcedo spoke with Slahi from Philipstown while the former detainee sat in his home in Mauritania in northwest Africa.

Slahi was tortured at Guantanamo, and a U.S. military prosecutor refused to try him for lack of evidence of terrorist activity. Salcedo says that he wanted to do the interview after seeing a video in which Slahi thanked his U.S. lawyers and forgave his torturers. “It was pretty moving,” Salcedo recalls. “He said the U.S. judicial system takes a long time — but it works.” 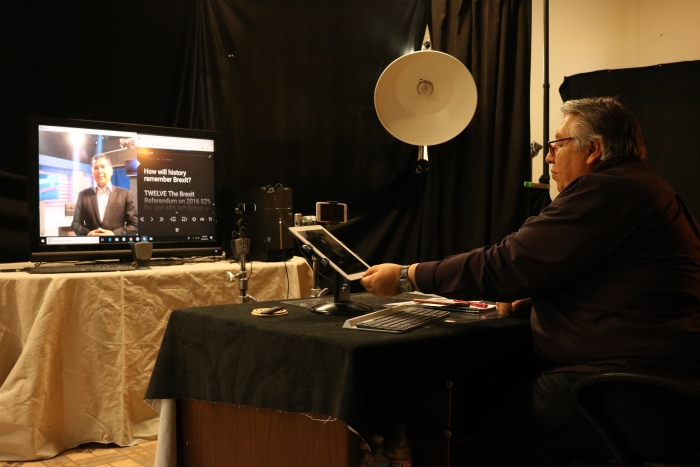 Salcedo speaks to a producer by satellite in La Paz, Bolivia. (Photo by M. Turton)

Salcedo seems to relish the challenge of running a one-man shop but “it was a lot easier to write a script and work behind the scenes,” he says. “Doing news and current affairs is almost like studying for an exam every week.” That’s in part because the experts he interviews for La Verdad Internacional know their subjects well. “They’re savvy,” he says. “It takes a lot of preparation.”

At the end of each 26-minute show, Salcedo summarizes the news and offers commentary. “I don’t pretend that I don’t have opinions,” he says.

Punto Vida also provides reports from around the world, but unlike La Verdad Internacional has no interest in headlines. Instead, it provides vignettes of day-to-day life in communities in Japan, Croatia, Ecuador, Spain and the U.S., among other countries. For the show, Salcedo works with “citizen reporters.”

Salcedo also contributes content from the Hudson Valley. “I’ll go somewhere live with a camera,” he says. “At the Cold Spring train platform, I explained how commuters go to New York City or to a deli, to show how Americans grab their coffee and sandwich every morning before going on with the rest of their day.” He also narrated a program about the building of the new Tappan Zee bridge.

One thought on “Philipstown’s Spanish News”