Beacon’s building boom is still going strong, with  developments containing more than 80 new apartments scheduled for review at next week’s Planning Board meeting, including a request to add a partial fourth floor and an additional unit to a project at what was formerly a pizzeria at 208 Main St.

As that and other proposals move forward, however, members of the City Council could soon consider a moratorium on new building permits while they complete a review of the city’s zoning codes. That review has so far lasted 18 months; it began shortly after the council in September 2017 imposed a six-month moratorium on most residential and commercial development.

Jodi McCredo, who represents Ward 3, said during the council’s May 6 meeting that she hopes her colleagues will discuss another freeze. “There are a lot of things that we still need to work on,” she said, including the linkage and historic districts and parking. McCredo elaborated on Wednesday, saying development continues to move too quickly in Beacon.

While the council has revised zoning on Main Street and along Fishkill Creek and other environmentally sensitive areas, “we’re constantly racing against the clock,” she said, “and that’s not fair. If we pass a law and it’s no good, the next council can change the law, but once a building goes up, it’s up.”

Council Member Lee Kyriacou made similar comments several weeks ago, saying he is open to another moratorium while the council reconsiders regulations in the riverfront-to-Main Street linkage zone and how to protect scenic viewsheds.

The 2017 building freeze came after concerns were raised about the city’s long-term water supply. But after a consultant’s report concluded in March 2018 that the city had sufficient water to sustain its projected population through 2035, the council did not renew the ban when it expired later that month.

Under state law, a building freeze can only be enacted to address a specific situation, such as lack of water, where the public good is “substantially” being affected. Mayor Randy Casale said he doesn’t believe that’s the case now.

You can’t “have a moratorium every time you don’t like the way things are going,” he said. “I don’t see a compelling reason to have one.”

But McCredo argues that a freeze would allow the city to study the aggregate effects she believes are slipping through the cracks of the State Environmental Quality Review (SEQR) that each development must pass.

While SEQR laws require Beacon officials — in most cases, the Planning Board — to consider the impact each development will have on schools, parking and roads, the process looks at proposals individually, rather than collectively, McCredo said.

Reached this week by email, the four other council members — Amber Grant, George Mansfield, Terry Nelson and John Rembert — each said they would consider another moratorium. 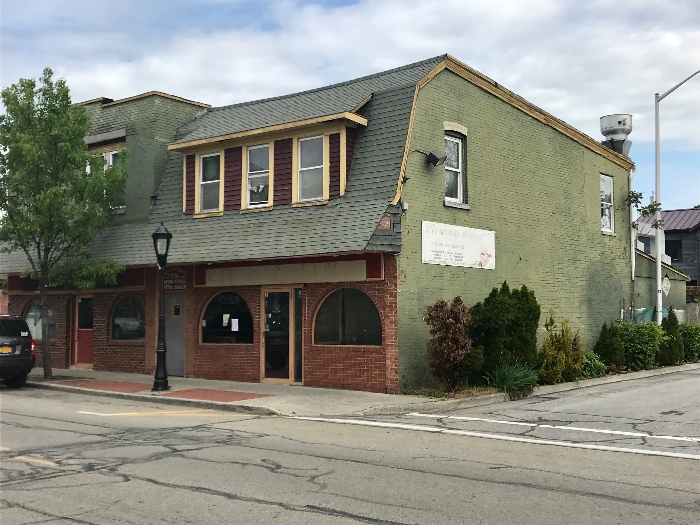 The former pizzeria at 208 Main St. will become an apartment complex. (Photo by J. Simms)

On May 14, the Planning Board — in addition to reviewing the request for changes to the approved plans for 208 Main St. — will continue its study of a proposed microbrewery and event space at 511 Fishkill Ave. It also will hold public hearings on developments proposed for 248 Tioronda, 23-28 Creek Drive, and a 9-unit complex at 53 Eliza St.

The review of a proposal to build six 4-story condos on the half-acre “Welcome to Beacon” site across from the Metro-North station, known as Ferry Landing, was postponed until next month.