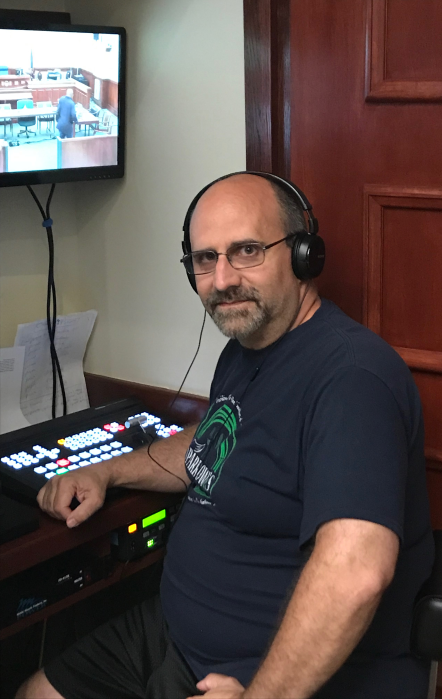 Pete Skorewicz, the owner of the Beacon-based Video Ventures Ltd., records public meetings and events for Beacon and several other municipalities.

How did you get started covering meetings?
I had taken video classes in high school but never did much with it other than weddings and bar mitzvahs. I began working with a company that did video in Peekskill and Buchanan, and when our family business closed — we manufactured industrial diamond tools — I approached Steve Gold, who was then the mayor, about recording city meetings. That was in 2007, when they stuck a camera in a corner and you couldn’t hear anything. I started covering the meetings in March 2008. We began with City Council meetings, which were twice a month. About three years after that, they added the council workshops and then Mayor Randy Casale had us add the Planning Board and Zoning Board meetings to ensure that everything going on was transparent.

Where else do you work?
Fishkill, Beekman, Hyde Park and Stanfordville. I also do dance recitals, and anytime there’s a parade in one of my municipalities I cover it. I do high school sports, particularly lacrosse, for seven schools in Westchester and Putnam counties.

What’s your work week like?
It could be anywhere from 40 to 70 hours, with travel. Once I shoot sports, I have to upload them to each team’s page. Sometimes we break down clips. With the meetings, I have to convert them into a specific format for the public broadcast channel that we have in Dutchess County. I’ve been lucky that my office has been in my basement since my children were born, so I’ve been a stay-at-home dad. But I work mostly nights and weekends and my wife works days, so it gets taxing at times.

What events have stood out over the years?
Weddings can be unique. I always say that photographs let you see the memories but video puts you there, whether it’s a meeting or a life event. When I started doing lacrosse a lot of the parents asked me to help them with demo videos for their kids who were going into college, and some of those kids got scholarships. One started at Syracuse. Another got a four-year scholarship to play at Georgetown. It was rewarding to know that I had a part in something like that.

What about in meetings?
What I’ve learned is that people get passionate about how they feel, but a lot of times feelings don’t match up with the laws that municipalities have to follow. For example, you can have a public hearing where no one shows up and a law gets passed and people say: “How did this happen?” I’ve always felt it was part of my job to get the information out to the public. When people say that things are done behind closed doors that hits home with me, because it’s not true. It’s all there on the website if you want to go through it — 10 years of meetings, gavel to gavel.

One thought on “5 Questions: Pete Skorewicz”