Two longtime members of the Garrison School Board resigned earlier this month, citing other commitments, and the remaining five members voted on July 17 to appoint replacements to serve until the district election in May.

The board also scheduled a vote for this September on a proposed $9.9 million capital improvement project.

The board could have called for a special election or asked voters for the OK to reduce its size to five members but chose to make appointments to replace Ray O’Rourke and Diana Swinburne. The board will accept letters of interest for the positions based on guidelines that should be ready by Aug. 2, said Superintendent Laura Mitchell. 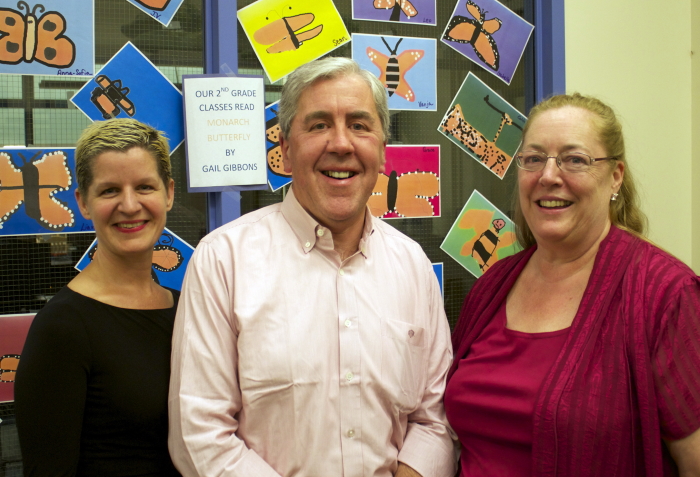 O’Rourke, who was elected in 2009 and had served as president since 2012, resigned on July 9. In a letter to the district, he wrote that “the press of recently acquired personal and professional commitments unfortunately precludes me from fulfilling my obligations. It has been my privilege and a source of great pride to have served the district as a member of the board for the past 10 years and as its president for the past seven.”

The board voted at its annual reorganization meeting on July 10 to appoint James Hoch as president and Courtney McCarthy as vice president.

Swinburne, who was elected to the board in 2004, resigned on July 15, saying in a letter to the district that she “needed to move on to other ventures, experiences and interests.”

She added: “Being a part of the education for all those children and seeing many of them grow up from kindergarten to high school and college to become fine young men and women gives me hope for the future. They show that GUFS [Garrison Union Free School] truly is a school of excellence.

“May I wish you the remaining board members the best of luck in all future endeavors, plans and hopes for the future of the Garrison School. Remember, it is all about the children.”

Contacted by email, both O’Rourke and Swinburne declined to elaborate beyond the text of their resignation letters.

O’Rourke’s current three-year term ends in 2021 and Swinburne’s in 2020. The two people appointed to the seats will serve through June, and both seats will appear on the May ballot. The person elected to fill Swinburne’s seat will serve a full, three-year term, and the person elected to fill O’Rourke’s seat will serve the remaining year of his term. Courtney McCarthy’s seat also will be on the ballot in May.

The board discussed at its July 10 and July 17 meetings the option of reducing its size to five members. But the consensus was to appoint two members and make any reduction in size a separate discussion.

Several board members expressed concern that, although the Haldane school board has only five members, reducing the number would leave the Garrison board short of enough members to fill its committees. (The Beacon school board has nine members.)

The board also discussed adding the two open seats to the September vote on capital improvements financing but decided that did not give potential candidates enough time to gather the signatures necessary to appear on the ballot and to campaign.

The board decided unanimously on July 10 to set a vote for Tuesday, Sept. 24, for district residents to consider a “preservation, innovation, security and accessibility project,” or PISA, that could cost up to $9.9 million.

About $900,000 of the money would come from district savings, another $1 million from state aid and the remainder from a tax levy. The average increase for a taxpayer in a home assessed at $500,000, the district said, would about $110 to $140 annually, depending on the project’s cost.

The district said the capital project is the first to be presented to voters in 20 years.

“It’s been a long time since we’ve made a major investment in our school,” said Hoch in a statement. “The time has come to address some important issues in both the elementary and middle school, to protect the investment the community has made.”

The district said the bonding of the project, which was first proposed in September 2017, will coincide with the retirement of other debt.

The project would pay for HVAC upgrades, the replacement of asbestos floor tiles and classroom and hallway improvements, as well as upgrades to security and disability accessibility, the district said. If approved, construction would begin in the summer following the 2020-21 school year.

This list was presented to the school board on July 1 by an engineering firm that estimated the cost of the project at $9.3 million to $9.9 million. An overview is available at bit.ly/gufs-project.