A bill passed by the U.S. House of Representatives on July 24 to fund the Coast Guard through 2021 includes a provision that would ban new oil-barge anchorages on the Hudson River.

It was introduced by Rep. Sean Patrick Maloney, a Philipstown resident whose district includes the Highlands and who chairs the Coast Guard and Maritime Transportation Subcommittee of the Transportation and Infrastructure Committee. The bill moved on July 25 to the Senate for consideration. 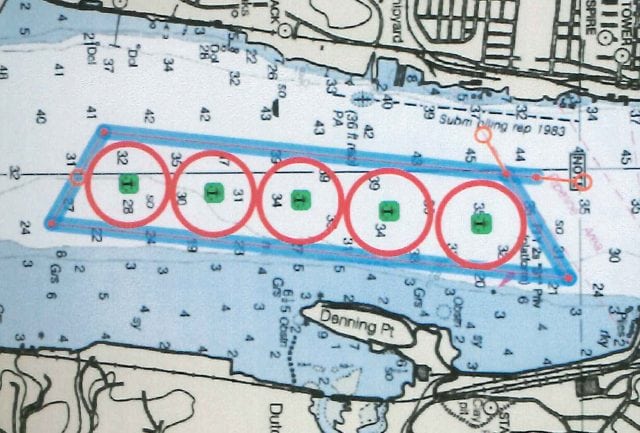 A map of the five barge parking spots proposed between Beacon and Newburgh.

In 2016, the Coast Guard proposed 10 new anchorage sites on the river between Yonkers and Kingston, including one between Beacon and Newburgh. An assessment completed in March 2018 did not include plans to add barges to the two that exist — one at Yonkers and one at Hyde Park — but it also did not rule out more sites being proposed.