The Philipstown Town Board on Sept. 5 approved up to $2 million in bond financing for upgrades to the town’s 152-year-old Town Hall.

Town Supervisor Richard Shea said all the companies selected are licensed in Putnam County. The major work is expected to begin in November. Beginning Oct. 1, town business and meetings will be conducted in Cold Spring at the Old VFW Hall on Kemble Avenue and the American Legion on Cedar Street. 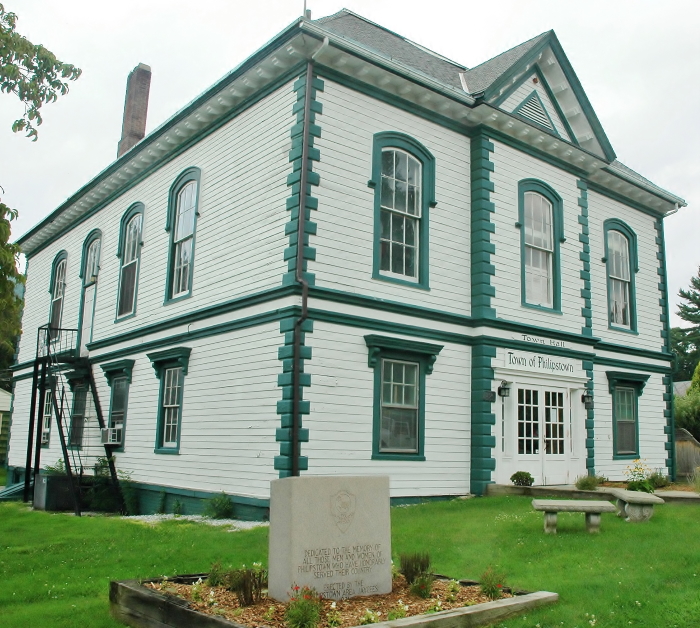 The Philipstown Town Hall was constructed in 1867. (Photo by L.S. Armstrong)

Shea, who is a contractor, said the bonding total exceeds the construction total “because we know that when they start tearing into this building, they’re probably going to find some surprises — not the good kind.”

However, he said, even if contingencies arise, “we don’t anticipate spending $2 million. We’re not spending money if we don’t have to.” Moreover, the project “is not going to have any impact on taxes” because other bond debt obligations are ending, he said.

For several years, town officials have emphasized the need for repairs. “If we don’t do something with this building, we won’t be able to function anymore and the building won’t function,” Shea said.

Shea said efforts continue to resolve problems in the Garrison Landing Water District system, which has been beset by cloudy water and, more recently, by a failed pump on one of its three wells. “That system has been the bane of my existence,” he said. “When it works, it works well,” but when it doesn’t, “it’s an impossible situation.” He said the town is buying water that is trucked in to replenish the supply. According to Shea, state law restricts the amount the town can collect from water district customers annually to $22,000, which must cover operations, maintenance, improvements and debt payments.

At a workshop on Sept. 4, four board members were given an introduction to initiatives that allow electricity users, including participants in community choice aggregations (CCAs), to obtain power from solar energy projects. Roberto Muller, the town’s Climate Smart Communities program coordinator, helped organize the workshop.

With serious illness and deaths being connected to the use of vaping products, Councilor Judy Farrell reported that she and Councilor Mike Leonard are examining ways to restrict vape shops from opening in Philipstown. In June 2018, the board adopted a moratorium that was extended earlier this year on vape shop applications. In December, Putnam County adopted a law regulating vape shops. Earlier this week, President Donald Trump said his administration would seek to ban any non-tobacco flavors to discourage use by children and teens.