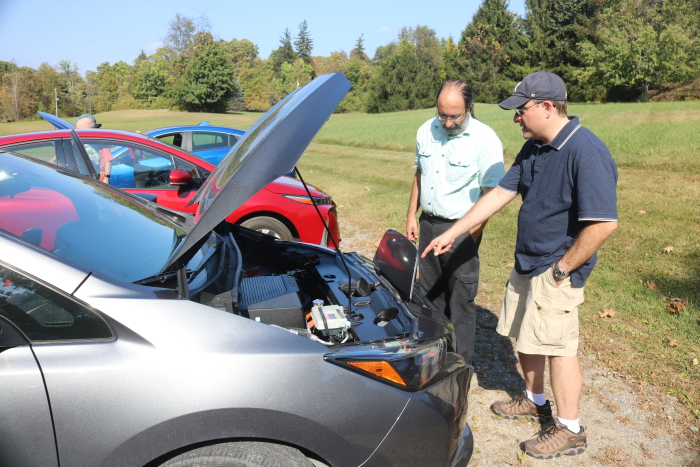 PLUGGED IN — Mike Cappella of Cold Spring (right) takes a look at Guy Garty’s Nissan Leaf during an electric car show held at the Desmond-Fish Library in Garrison on Saturday (Sept. 28). Other models on display at the Philipstown Climate Week event included the Tesla 3, Honda Clarity, Hyundai Ioniq and Chevy Bolt, as well as a hybrid Chevy Volt. (Photo by Michael Turton) 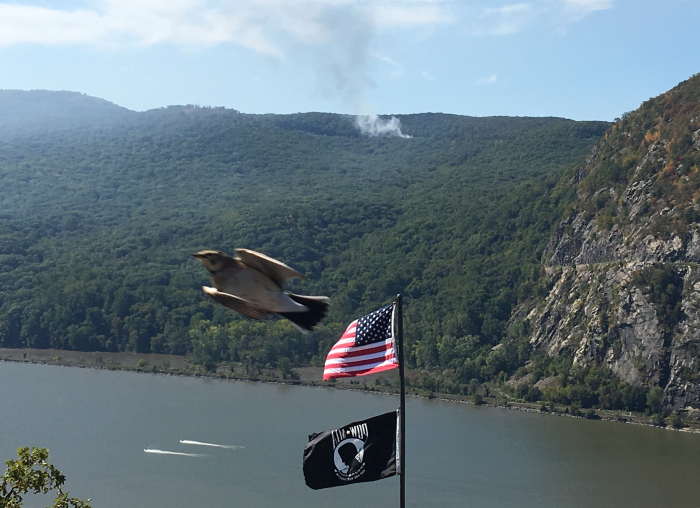 DON’T BLINK — Peter Farrell of Cold Spring stopped to take photos of a fire on Storm King on Sept. 22 but it wasn’t until he got home to look at the shots that he saw this blue jay. (Photo by Peter Farrell) 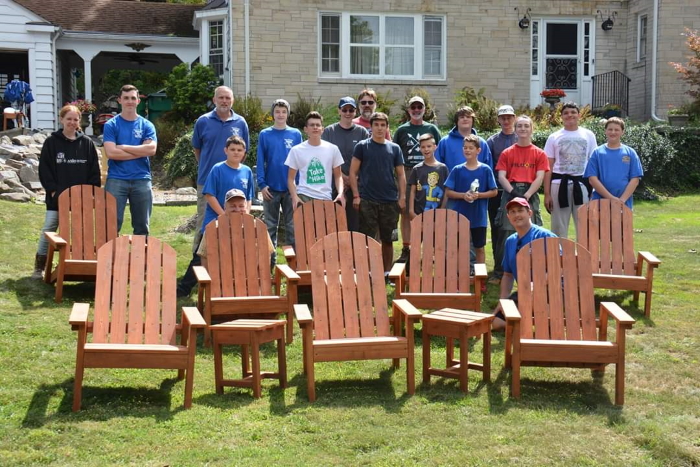 HAVE A SEAT! — For his Eagle Scout project, David Paschal of Troop 41 in Glenham organized the construction of chairs and tables for the front porch at the Elks Lodge in Beacon. Paschal (center, in white T-shirt), who is a senior at Beacon High School, is shown with the volunteers he recruited to complete the work. (Photo provided)