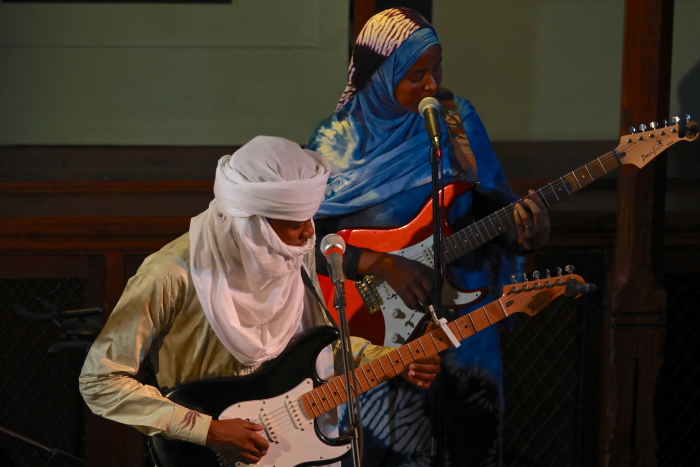 AFRICA TO BEACON — Dressed in traditional robes, Les Filles de Illighadad performed on Oct. 6 at the Howland Cultural Center. Its four members live in a commune in central Niger at the edge of the Sahara, and one of them, Fatou Seidi Ghali, is the first Tuareg woman to play guitar professionally. The group also played a calabash drum, which is a half-gourd immersed in water. The visit and concert were arranged by Club/Draw. (Photo by Ross Corsair) 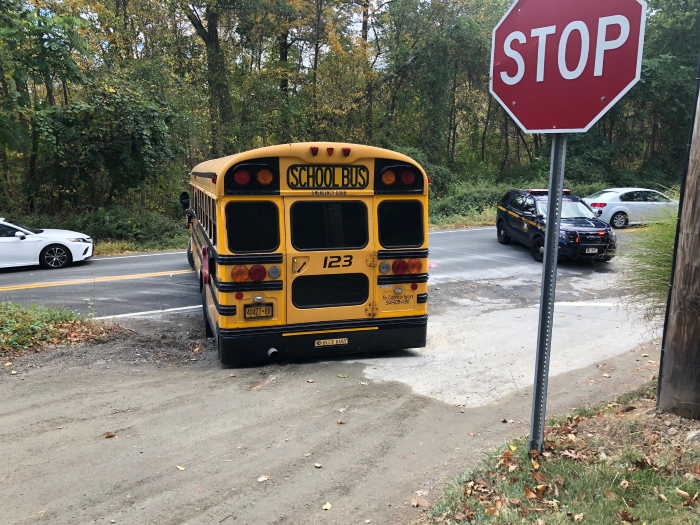 LATE BUS — A New York City school bus returning elementary students from apple-picking at Hurds Family Farm in Modena on Oct. 4 became stuck while attempting to make a U-turn at the intersection of South Mountain Pass and Route 9D in Garrison. The driver said his GPS had directed him to 9D because I-87 was shut down. The children waited on South Mountain Pass and a state police trooper directed traffic until a tow truck could pull the bus out. (Photo by Sheila Williams) 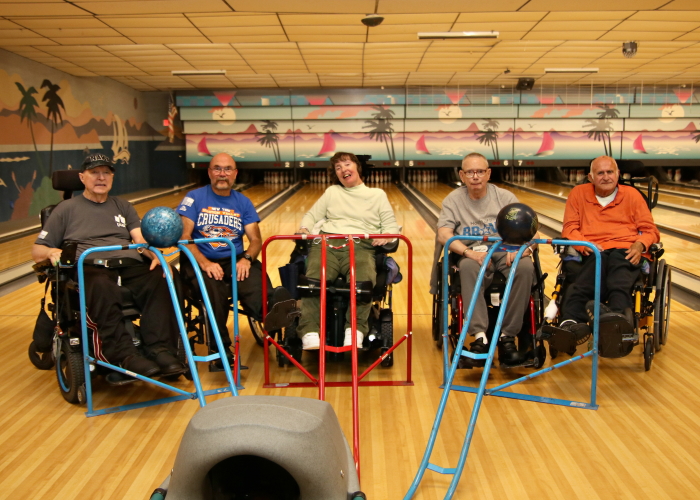 NEW RAMP — The Mid-Hudson District Elks No. 6180 this month donated a new bowling ramp for use by veterans from the Castle Point V.A. system when they visit Fishkill Bowl. (Photo provided)