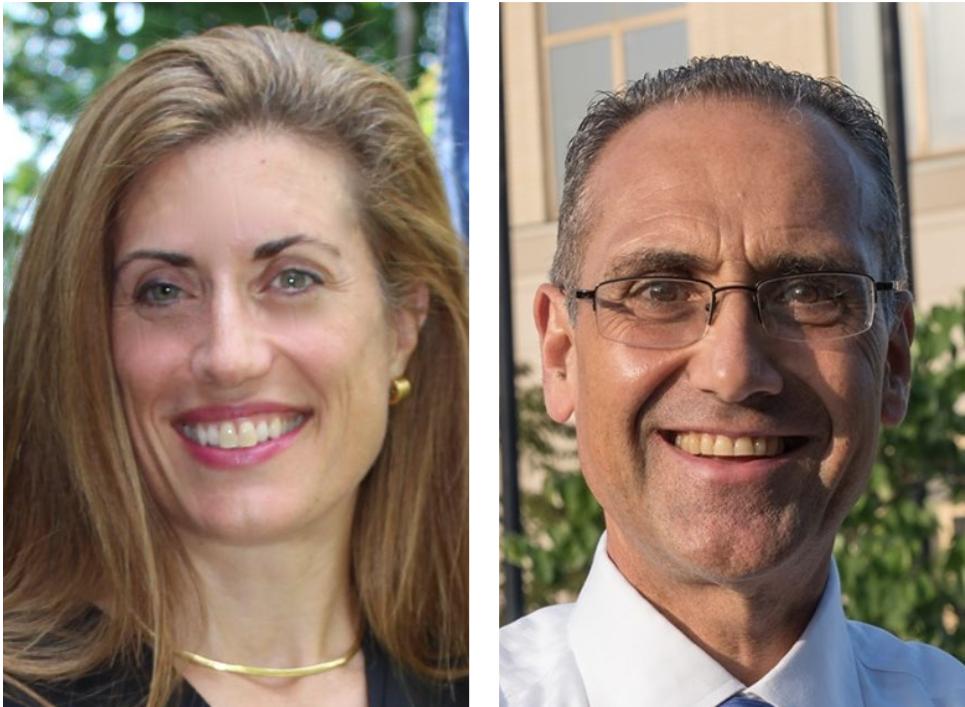 Camille Linson, a Philipstown town justice, and Joseph Spofford Jr., a Carmel town justice, are running to succeed Putnam County Judge James Reitz, who died in June. Linson will appear on the Democratic party line and Spofford on the Republican line. The seat has a 10-year term.

In anticipation of the Nov. 5 election, we asked each candidate a series of questions by email. Their written responses appear below, presented in alphabetical order by last name.

Judge Reitz provided big shoes to fill. What would you bring to the position?

■ Linson: No one can fill Judge Reitz’s shoes. The best way to honor him is to secure his legacy in Putnam County’s drug treatment court. I am the only candidate who has consistently incorporated drug treatment court practices and philosophy in my courtroom; who has built the strong relationships and dialogue with law enforcement, health care and education professionals that are essential to the success of treatment court; who has organized DWI and opioid-response summits; who is ready to take the reins of our treatment court on Day One and expand on its success. I am fully prepared to lead all three of the county courts — criminal, family and surrogates — because of my demonstrated ability as town justice and as an attorney in private practice. My practice includes providing cost-free legal services to those in need on matters including domestic abuse, juvenile crime, end-of-life care and estate planning, and home foreclosures. Like Judge Reitz, my commitment to the people I serve doesn’t end on the bench. It has continued into my volunteerism on public school committees, in the Chamber of Commerce, and in my commitment to civics education — I instruct Putnam’s Youth Court and have hosted high school mock trials. The public must see and trust in the integrity and humanity of judges. I am tough and fair on the bench, yet still accessible.

■ Spofford: I bring experience and a demonstrated record as a litigation attorney. I have 33 years of trial-court experience in the Putnam County Family Court, Criminal Court and Surrogate’s Court. As a judge for 20 years, sitting every week in the largest town court in Putnam, I bring a reputation for fairness, impartiality, knowledge of the law, compassion and respect for all those that have appeared before me. I invite residents to ask their attorneys and the members of the Putnam County Bar Association who have appeared before me who they believe has the qualifications and temperament to serve as the next county judge. Judge Reitz and I were partners in the Carmel Town Court from 1999 through 2006; together we developed a judicial philosophy designed to help people that become involved in the criminal justice system as a result of addiction issues. I would continue the drug court as Judge Reitz and I developed it originally in the Carmel court.

What do you enjoy most and least about practicing law?

■ Linson: What I like most is problem-solving — interpersonally, situationally and linguistically. What I like least is wearing my robe in the summer.

■ Spofford: My passion is being an advocate, the voice, of my clients. What I like least about the law practice is the length of time it takes for cases to be adjudicated.  As a judge I have a strict policy of efficiently and expediently adjudicating cases.

You will appear on the ballot under party line(s) but the rules of the courts essentially prevent you from campaigning. What should voters use to make their judgment? And should county judges be appointed instead of elected?

■ Linson: Judicial campaign ethics standards don’t prevent campaigning but rightly enforce strict limitations on the kind of campaigning. The standards prescribe parameters that, if followed, help candidates avoid partisan misconduct that might damage public confidence in the independence of the judiciary. It takes effort and clear ethical boundaries to run a judicial campaign by the rules. A candidate can’t be led by party politics or special interests. I strictly follow all guidelines because I am deeply committed to judicial independence. As county judge, I would continue to follow these principles, complying with and enforcing the Constitution and the rule of law without bias. Judges should be elected. Elections are job interviews; people can ask about candidates’ qualifications and learn their judicial values and temperament. Hiring a county judge for a 10-year term is a decision too important to be left to the vagaries of political appointment.

■ Spofford: I believe strongly in the election process because I trust that the people of Putnam have the knowledge and wisdom to elect the most qualified candidate. I stand by my record as an attorney and as a judge.

*Philipstown is in District 1, so these races will not appear on the local ballot.

One thought on “Questions for Candidates: Putnam County Judge”